Salute: Kareena Kapoor Khan will star alongside SRK in Biopic

It’s been confirmed that Kareena Kapoor Khan will star next to Bollywood superstar Shahrukh Khan in his upcoming astronaut role in the biopic ‘Salute’.

"Kareena loved the story and is excited to be working with Shah Rukh again."

Kareena Kapoor Khan is all set to star in the astronaut biopic Salute alongside Shahrukh Khan where she’ll be playing his on-screen wife.

Landing parts in films that also star Shahrukh Khan and Akshay Kumar in 2018, Kareena is giving herself plenty of opportunities to show off her acting skills and broaden her repertoire.

Before now, the actress had only responded to media queries about her involvement in the biopic by giving little away. Previously, she is reported to have said:

“Whatever film I choose I will let everyone know but at the right time.”

Salute, which will be directed by Mahesh Mathai and produced by Ronnie Screwwala and Siddharth Roy Kapur, tells the story the astronaut Rakesh Sharma.

The biopic will focus on Rakesh who is the only Indian to ever travel into space. Shah Rukh Khan will play Rakesh in the film.

The Bollywood superstar took up the role after Aamir Khan opted out. However, SRK is used to taking on roles that other stars turned down which then went on to define his career.

This includes snapping up roles originally intended for actors such as Salman Khan and Aamir Khan. Not to mention, he’s also taken up roles meant for Ajay Devgn and Hrithik Roshan.

Now, starring alongside SRK, we can confirm that Kareena Kapoor Khan is stepping up to the challenge. She will be playing Rakesh’s wife, Madhu.

It is reported that Kareena will be signing on the dotted line this week. This signing will set in stone her part in the space-set biopic.

According to Bollywood Hungama, an insider said:

“In a film, various issues including remuneration and dates need to be worked out first before an announcement is made. And Kareena and Shah Rukh coming together after Ra.One is very big news.

“But now everything has been sorted, the deal has been finalised and Kareena is doing Salute where she plays Madhu who is an interior designer by profession and astronaut Rakesh Sharma’s (played by Shah Rukh) wife. 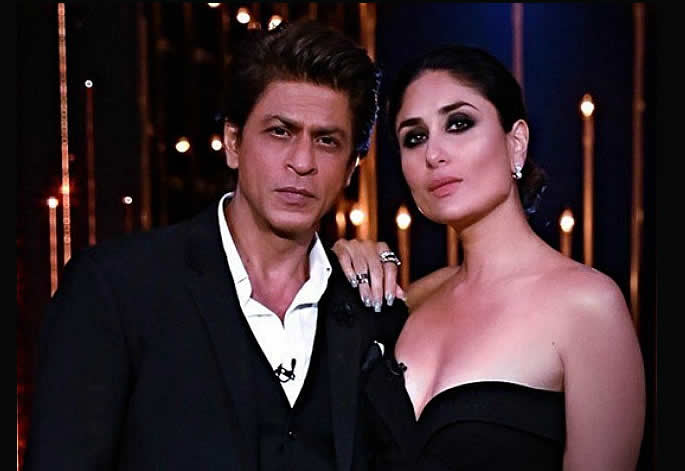 “Kareena loved the story and is excited to be working with Shah Rukh again.”

Before Ra.One (2011) it was reported that SRK and Kareena had suffered a falling out. Whilst neither star confirmed or denied the rumours, in 2017, fuel was added to the fire.

This fanning of the rumour flames happened when Kareena did not attend the launch of SRK’s wife Gauri’s new store.

Her presence was missing as a host of Bollywood celebs showed up to celebrate the opening in Mumbai. Some have speculated that the fallout between SRK and Kareena was over Kareena’s Ra.One promotion.

Fans have suggested that she had given her dates away to her then-fiancé Saif Ali Khan‘s home production Agent Vinod, which was being shot in the same period.

At the time, it was thought that SRK would not be working with Kareen again. However, that all seems to be in the past now and is, after all, the subject of much speculation and rumour.

Filming for Salute is believed to be starting at the end of 2018.