The Range Rover Evoque Convertible 2016 is a promise made true by Land Rover through it’s concept cabriolet back in 2012. So how good is this topless SUV?

"You can’t just cut the roof off and be done with it."

The wait is finally over as Land Rover reveals the Evoque Convertible, which promises to be the world’s most luxurious convertible SUV ever.

The Indian-owned British automaker teased the public with a concept Evoque cabriolet at the Geneva Motor Show in 2012.

We are surely glad it has followed the idea through to a production model.

Much to the delight of WAGS and off-road safari enthusiasts, this SUV aims to appeal to a much wider audience, being crammed full of a heavy artillery of state of the art tech.

Just how different is the car from its hard-top sibling, and what compromises (if any) are made? 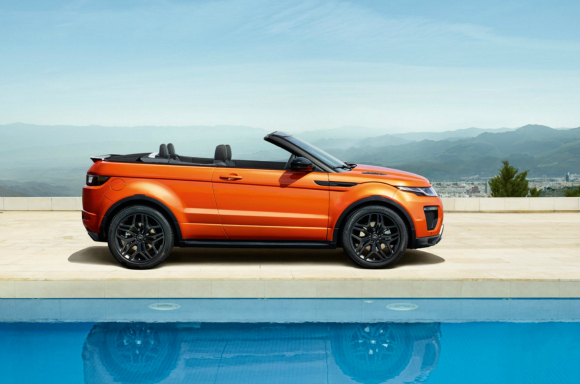 This 4×4 is all about the roof, or lack of a roof, depending on your preference.

As the clouds disperse and the sun begins to shine in Spring, the Evoque’s ‘Z fold’ soft top roof will, at the touch of a button, take 18 seconds to fully conceal into its rear compartment at speeds of up to 30mph.

The roof is made of a soft fabric to compensate for the extra weight used to reinforce the new body.

Boot space is naturally significantly reduced in the convertible to 251 litres, compared to 420 litres in the hard-top. 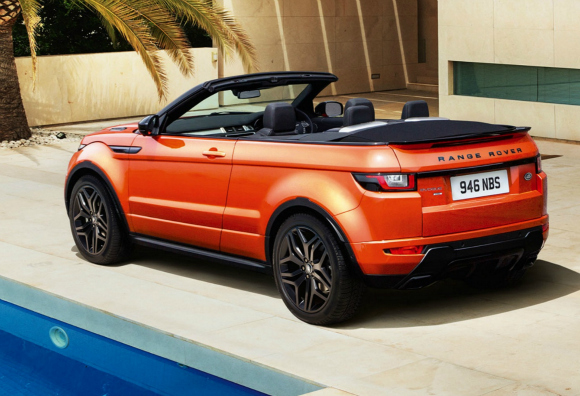 Adaptive full Xenon LED headlamps with Automatic Levelling come as an option worth considering for that somewhat stand out look.

Even though the shape of the body pretty much remains true to the original Evoque, once the roof comes down the car transforms into a bold iconic statement on the road, oozing class. 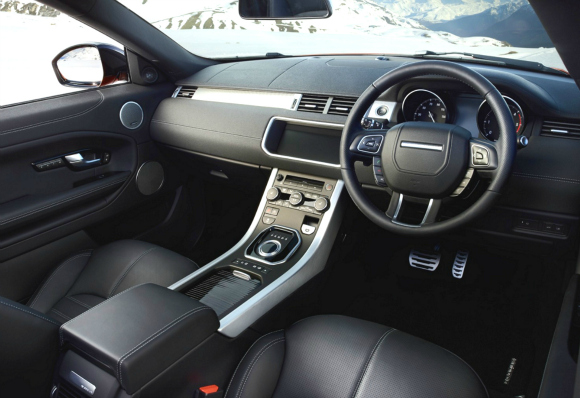 Inside the Range Rover Evoque Convertible 2016, the cabin is nothing short of premium all over.

However, it’s the 10.2-inch multimedia high-resolution colour touch screen that dominates sitting in the centre of the console, exposing itself for all to see. 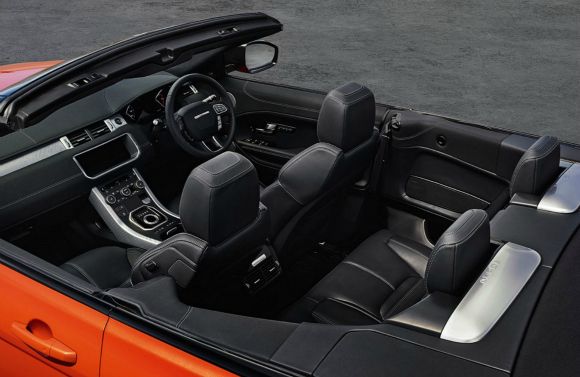 It is the same InControl Touch Pro system full of apps and services found in its cousin, the new Jaguar XF.

Gerry McGovern, Design Director and Chief Creative Officer at Land Rover says: “The Range Rover Evoque Convertible is a convertible for all seasons.

“It is a unique combination of design leadership and world-class engineering that adds another dimension to the Range Rover Evoque name, further enhancing its desirability and appeal.”

Be in no doubt; Land Rover never compromise on comfort, which makes it a recent global phenomenon, and this SUV is no exception. 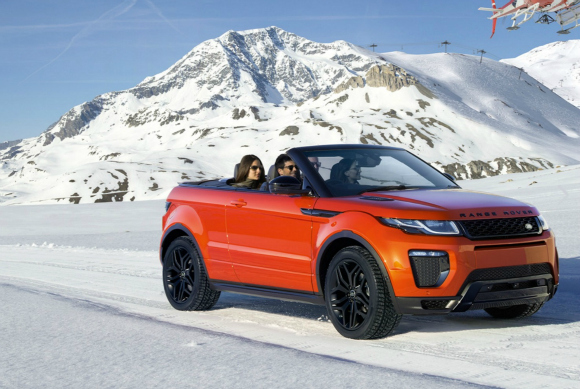 Speaking of compromises, plenty have been made on the performance side of things compared to the hard-top Evoque model for this open-air beauty.

McGovern adds: “You can’t just cut the roof off and be done with it.

“It takes a lot of work to get the car to a good standard of stiffness while maintaining proper package space. There were some design and engineering challenges in that.”

The body has to have extra reinforcements to ensure stability levels, given there is no hard structured roof, which has added over 200kg to the overall weight. 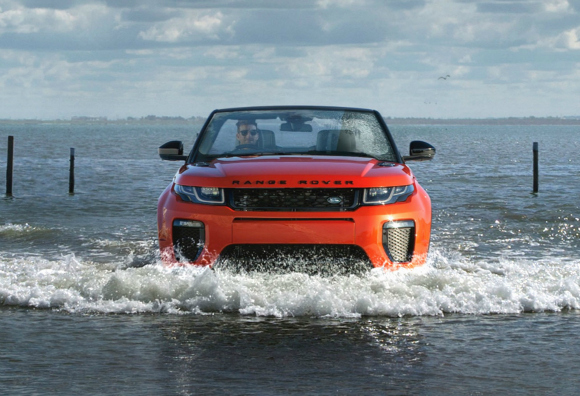 The 2.0-litre diesel Evoque Convertible compared to the Evoque coupé of the same engine size produces CO2 emissions of 149g/km, which is 20g/km more.

It is true that this Convertible model has its flaws in performance over its siblings, but Land Rover’s target market is unlikely to care given the aesthetic uniqueness in quality design. 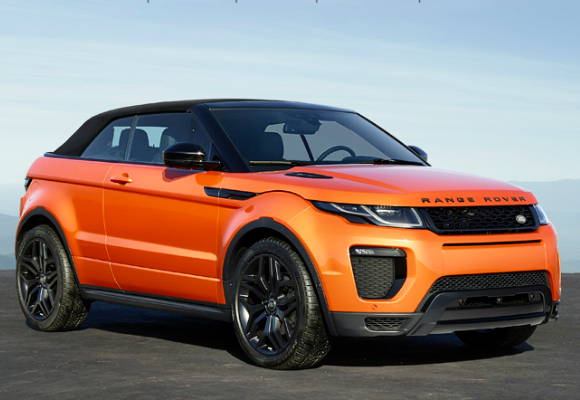 Those seeking off-road fun in the open landscapes will not be disappointed, as Land Rover’s world-class engineers yet again maintain their award-winning high standards.

The Range Rover Evoque Convertible starts at £47,500, with the model due to be available for drive on the road in Spring 2016.

Bipin enjoys cinema, documentaries and current affairs. He writes silly rhyming poetry when free, loving the dynamics of being the only male in the household with his wife and two young daughters: “Start with the dream, not the barriers to fulfilling it.”
Apple making iCar ~ Yes or No?
Star Wars: Battlefront ~ Fight the Darkside