A collection of super hit songs and incredible talent are what make Rahat Fateh Ali Khan the singing superstar he is today. In an exclusive Gupshup with DESIblitz, Rahat tells us more about his musical journey so far.

Rahat’s impact on the Indian music industry is undeniable.

His soulful voice and distinct sound has given him the opportunity to project his talent internationally.

Singing in films for some of Bollywoods biggest superstars such as Salman Khan, Akshay Kumar and Shahrukh Khan, he has gathered a huge catalogue of super hit songs in a relatively short time. 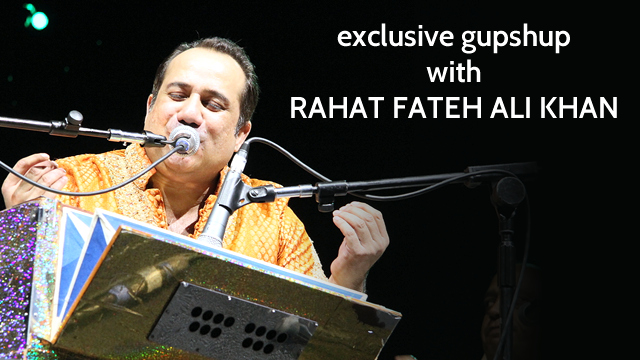 Being trained in classical music by his uncle, and singing professionally alongside him for years, Rahat has nurtured and improved his musical talent.

His impressive musical lineage, and his own natural talent, are what have transformed this Pakistani singer into an international superstar!

Gathering fame in his early years in Pakistan, through performing classical Qawwali and Ghazals alongside family members, it wasn’t long before he caught the eyes of some of Bollywood’s biggest music directors. 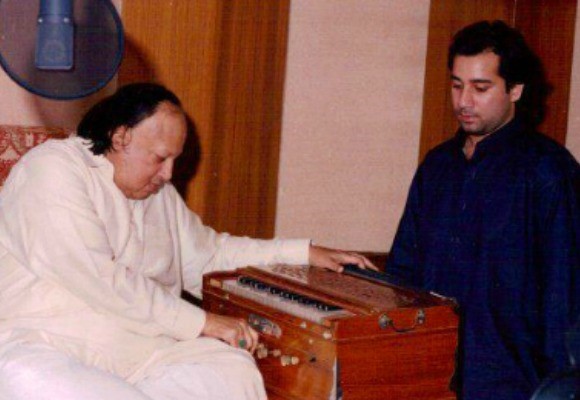 He debuted his talent in Hindi cinema in the film Paap (2003) with the melodious song ‘Laagi Tumse Man Ki Lagan’ which when instantly received well by the audience, catapulted Rahat into stardom in India.

Though he still sings in Lollywood, and makes music independently for his own albums, Rahat has achieved most of his fame and success after entering Bollywood.

His enormous fan following and demand by Indian music producers have kept him working non-stop since his 2003 debut.

Giving his voice to some of the biggest contemporary musical hits including: ‘Tum Jo Aaye Zindagi Mein’, ‘Main Jahaan Rahoon’ and ‘Aaj Din Chadheya’, Rahat displayed both his talent and versatility. 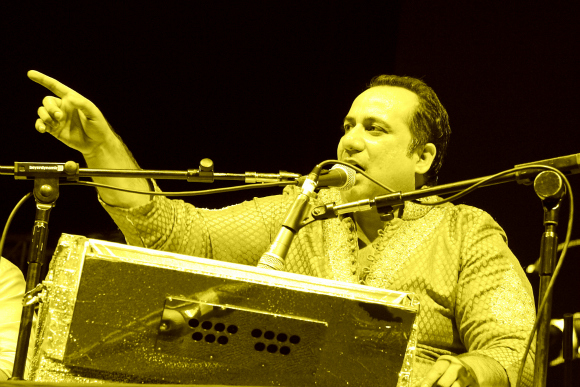 “The reason I enjoy performing in India, is because there is a huge appreciation for music, as they have both knowledge and understanding of music.”

Achieving enormous success in songs such as ‘Jiya Dhadak Dhadak’ and ‘Teri Meri’, Rahat has managed to consistently bag songs in Salman Khan films including his smash hit franchise Dabangg.

Rahat provided his soulful voice for hit songs such as ‘Tere Mast Mast Do Nain’ and ‘Daghabaaz Re’.

Through his work and personality Rahat has become a legend in his own right,  and when asked about who he would classify as legends Rahat named superstars such as Ustad Nusrat Fateh Ali Khan, Mehdi Hassan, Kishore Kumar, Asha Bhosle, and Lata Mangeshkar and Madam Noor Jahan.

Speaking of his contemporaries, Rahat likes and listens to the music of Sonu Nigam, Shaan, Kunal Ganjawala, Sunidhi Chauhan and Shreya Ghoshal. 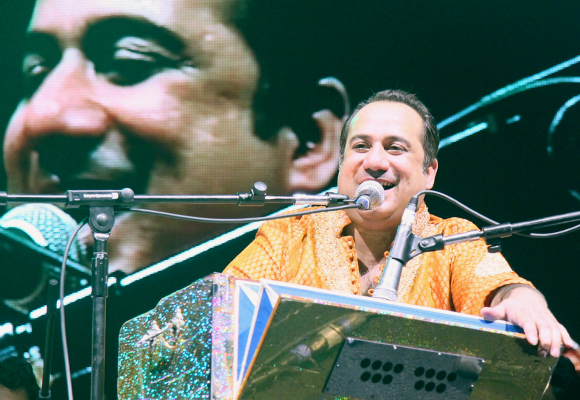 Rahat added that his success when alongside singing superstar Shreya Ghoshal in songs including the smash hit ‘Teri Meri’ from Bodyguard (2011), is down to the ‘musical chemistry he has with Shreya’.

Rahat owes much of his singing and performing ability to the time he spent with his uncle Ustad Nusrat Fateh Ali Khan. Rahat added that:

“All that I do in spreading my families name, Pakistan’s name and the fame of the South East Asian regions talent, I have learnt from him.”

Speaking of the future, Rahat mentioned that there is a lot of work to look forward to. With some international collaborations in the pipeline with Pearl Jam, Rahat is going to be busy working on future projects.

Rahat has not limited himself simply with Hindi Cinema, instead he has seized the opportunity to work on various platforms. 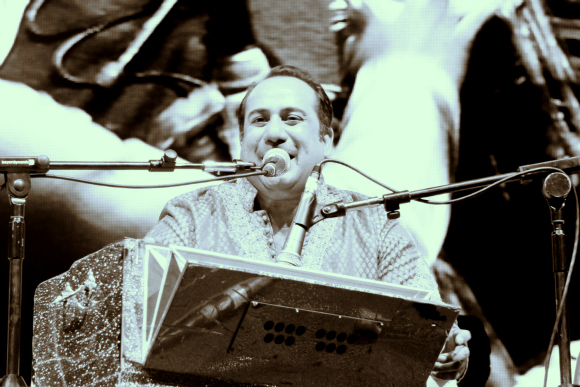 Coming together with music producing duo, Salim-Suleiman not only has he sung in films, but he also collaborated with them in music on their independent album in the song ‘Habibi’.

Rahat has also excelled in television when he judged contestants on shows such as Chhote Ustaad alongside Sonu Nigam and Junoon – Kuchh Kar Dikhaane Ka.

He also made history by being the first Pakistani ever to be invited to the 2014 Nobel Peace Prize to perform at its concert.

He mesmerised the audience with a performance of Ustad Nusrat Fateh Ali Khan’s popular Qawwals, ‘Mast Kalander’ and ‘Tumhe Dillagi’.

Though Rahat may have accumulated tremendous fame, he has remained incredibly humble and grateful for every opportunity he has. 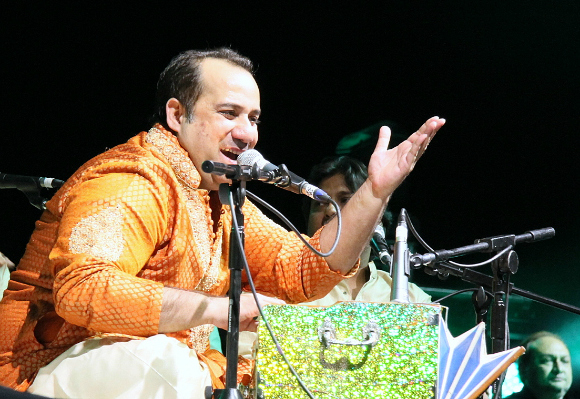 Learning from the greatest Qawwali musical legends, and working hard to master his craft, Rahat has becoming an international singing force to be reckoned with.

His powerful recording voice and electrifying live performances make it clear that he is one of a kind!

While he is not the first Pakistani singer to enter Bollywood (think Atif Aslam and Ali Zafar), he is no doubt the most successful.

Still in demand today as much as he was when he debuted in the early 2000’s, it is clear that the world will always want to listen to the musical legend that is Rahat Fateh Ali Khan!

Momena is a Politics and International Relations student who loves music, reading and art. She enjoys travelling, spending time with her family and all things Bollywood! Her motto is: “Life is better when you're laughing.”
Flamenco India brings magic to Spain
Priyanka wins 2015 MTV Europe Music Award