In a viral video, Priyanka Chopra got annoyed with some of her fans who were demanding pictures at the airport.

At Delhi Airport, Priyanka Chopra was seen getting annoyed at fans who were pestering her for pictures.

The actress travelled to India for the first time in three years and she has been documenting her time in the country.

She usually smiles for her fans but in a viral video, Priyanka appeared irritated by some of them at the airport.

Wearing a white shirt and a face mask, Priyanka is seen being escorted by staff members while fans walk alongside her and ask for selfies and autographs.

When some asked her to remove her mask, Priyanka sternly replied:

As she made her way to her car, she eventually stopped to sign a few autographs.

Priyanka landed in India on November 1, 2022, and has been busy with many work-related trips around Mumbai.

But she has also enjoyed the many Indian delicacies on offer.

On November 4, 2022, Priyanka Chopra shared a picture of herself on her Instagram Stories. The global star could be seen posing with many Indian dishes on her table.

This included the likes of various curries, paneer, aloo soya, rice, daal, naan and many other food items.

She captioned the post: “Everyday. Every meal. Friends and family have kept me well-fed!” 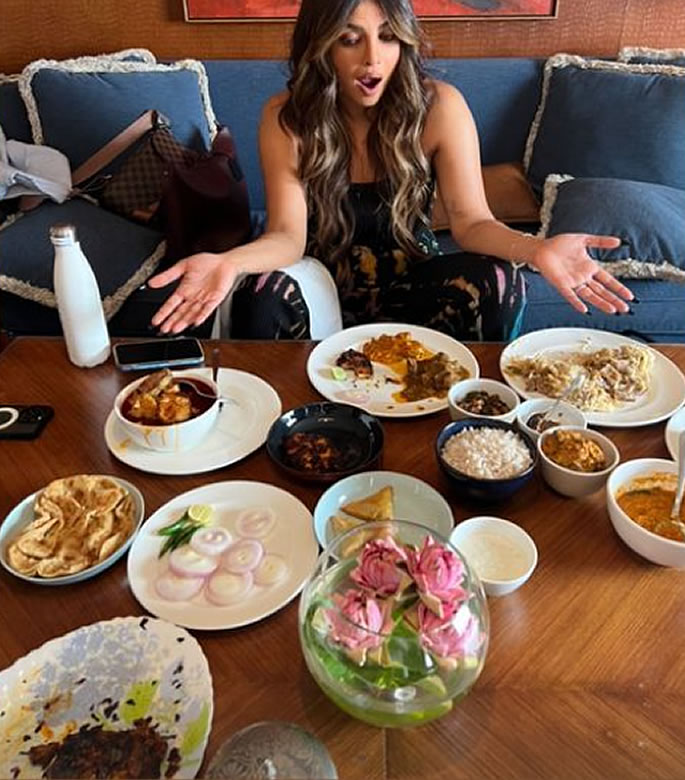 Ever since Priyanka Chopra landed in India, she has been posting pictures of how much she has missed her home country.

Meanwhile, on November 2, Priyanka, who was on her way to an event in Mumbai, made a stop at what she called her “old haunt” Marine Drive.

The actor relived her memories by clicking a few pictures and videos of herself walking around the place.

Sharing the video on her Instagram, the actor wrote:

“Pit stop at an old haunt… Even if just for a minute. Mumbai, I’ve missed you!”

On the work front, Priyanka Chopra has a number of projects lined up.

She will be soon seen in the Hollywood film Love Again, starring Sam Heughan and Celine Dion. The film is set to release on February 10, 2023.

The actress will also be seen in the Russo Brothers’ Citadel, which will premiere on Amazon Prime Video.

Priyanka, whose last Bollywood project was the 2019’s film The Sky Is Pink, will be starring in Farhan Akhtar’s film Jee Le Zaraa, alongside Katrina Kaif and Alia Bhatt. 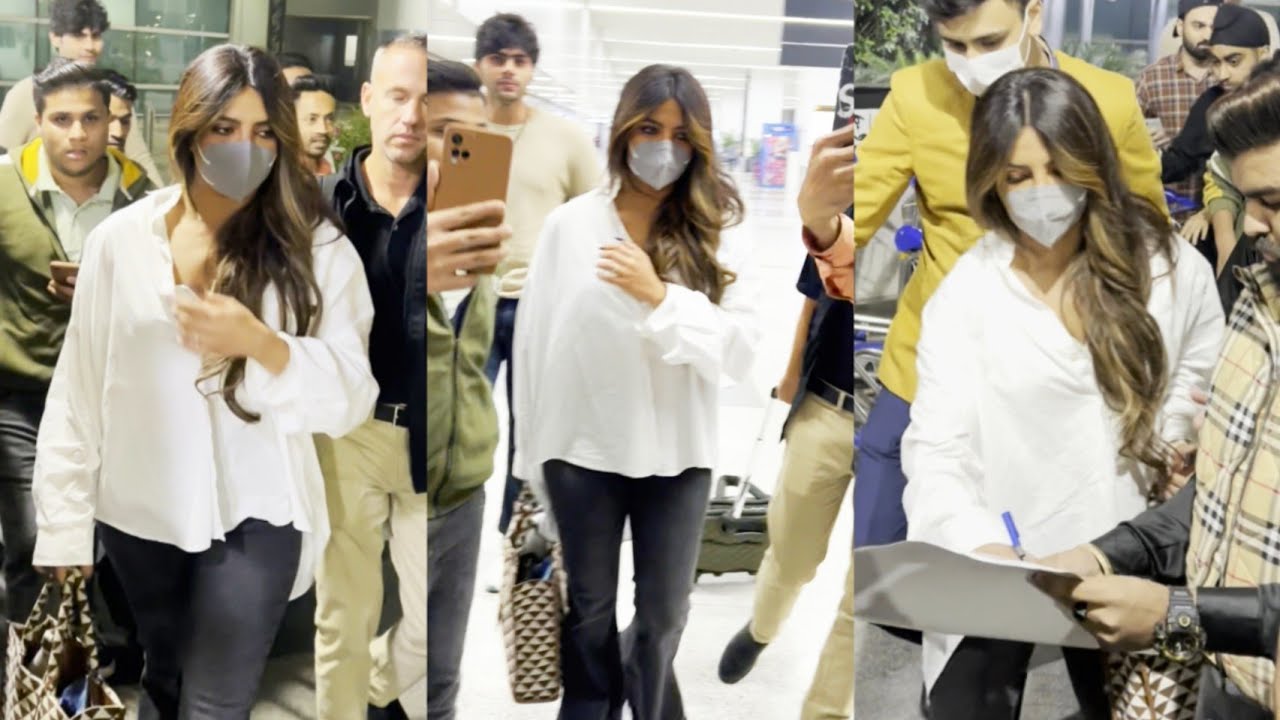 Aarthi is an International Development student and journalist. She likes to write, read books, watch movies, travel, and click pictures. Her motto is, “Be the change you wish to see in the world
Anushka Sharma shares Funny Pics of Virat on his Birthday
Dubai Bling’s Safa introduces her “Indian King” Husband