Preity Zinta and Gene Goodenough have taken their wedding celebrations from a private affair in Los Angeles to a star-studded event in Mumbai.

"Like any bride, she wants to look her best at the reception."

Following a private wedding ceremony in Los Angeles in February 2016, Preity Zinta and husband Gene Goodenough put on a high profile party in Mumbai to celebrate their nuptials on May 13, 2016.

The 41-year-old actress effortlessly stuns in a bridal red one shoulder gown by Manish Malhotra. She smiles for the camera as a handsomely-dressed Gene wraps his hand around her waist.

Their wedding reception have attracted all the big names in B-town to step out with their better halves, looking glamorous and fabulous.

Madhuri Dixit and husband Sriram Nene are among the first to arrive, as well as cricketer Yuvraj Singh and fiancee Hazel Keech. 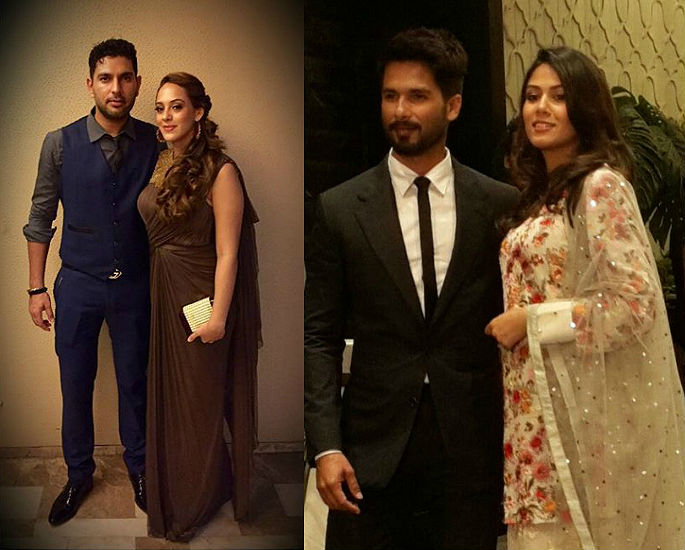 One couple have already made headlines ahead of their arrival at Preity and Gene’s wedding reception. Many speculate Salman Khan may bring rumoured girlfriend Iulia Vantur as his plus one and introduce her as his fiancee at the party.

This is their first public appearance together, though the pair are careful not to give paparazzi the chance the catch them in one frame! 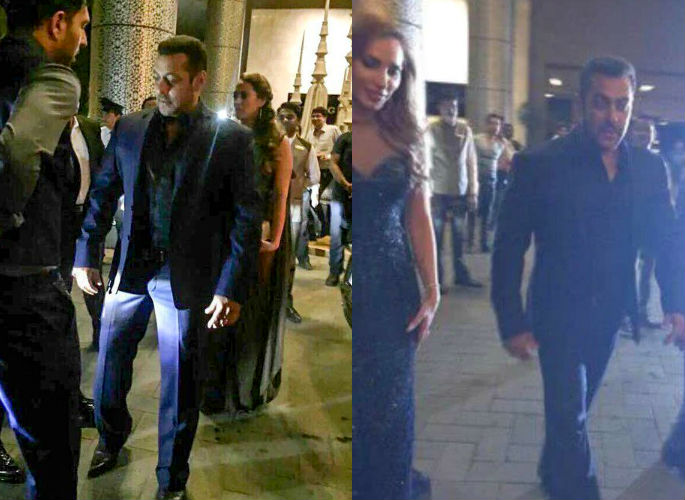 “Salman, who is a very dear friend to Preity, plans to officially introduce Iulia to all his industry peeps at the wedding bash tonight.

“In fact, this would be their first official public appearance together as a couple which explains why we are so excited.

“However, despite making things official, word is that the couple has decided to arrive in separate cars at the party – the reason best known to them.”

But even that cannot take the spotlight away from Preity. For one night, the owner of IPL team Kings XI Punjab is the Queen to her ‘Goodenough’ King. 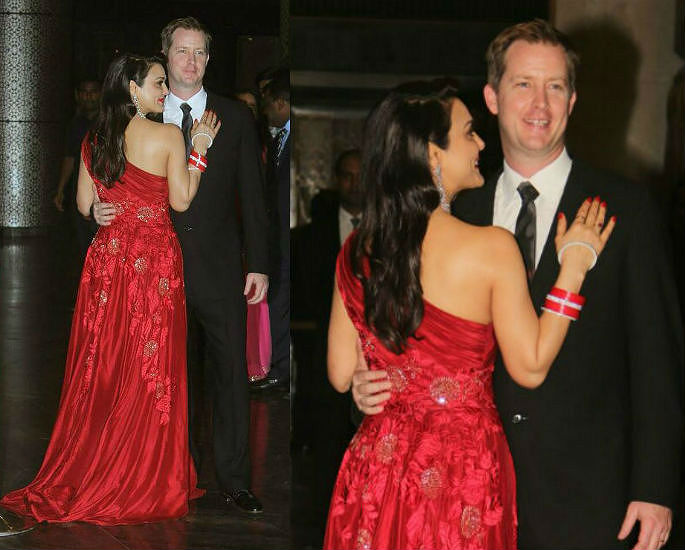 She declares her love for Gene on Instagram recently in a message filled with fun emojis: “I was holding on the ‘Miss Tag’ rather seriously till now, until I met someone ‘Goodenough’ to give it up for.

“So now I join the Married Club folks. Thank you all for your good wishes & for all your love. Love you all Ting! Let the Goodenough jokes begin.”

Preity and Gene have been spending quality time with their families, and visited the Taj Mahal the day before the wedding reception.

Upon returning to Mumbai, Preity makes a trip to the gym to get in shape and get ready to look every part the perfect bride.

Yasmi Karachiwala, her personal trainer, says: “Preity started working out as soon as she returned to Mumbai. Like any bride, she wants to look her best at the reception.

“She loves pilates and has been working on toning her arms and legs. There is never a dull moment with her in the gym.”

And her efforts have paid off! Looking flawlessly elegant and quite literally beaming with happiness with Gene by her side, Preity cannot be more perfect even if she tries. 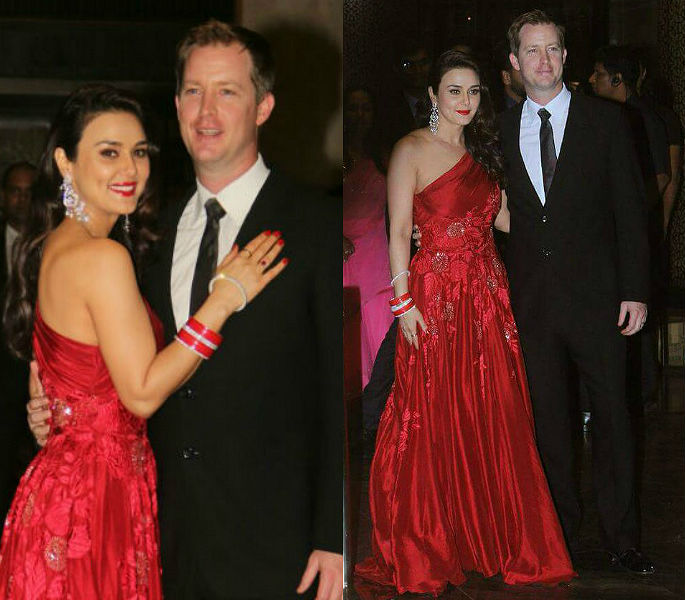 Other A-listers at their wedding party include Shahrukh Khan who never fails to charm in a three-piece suit, director Karan Johar and the always beautiful Sushmita Sen.

Abhishek Bachchan flies solo at the reception, with Aishwarya Rai jetting off to France to rule the red carpet at Cannes Film Festival. 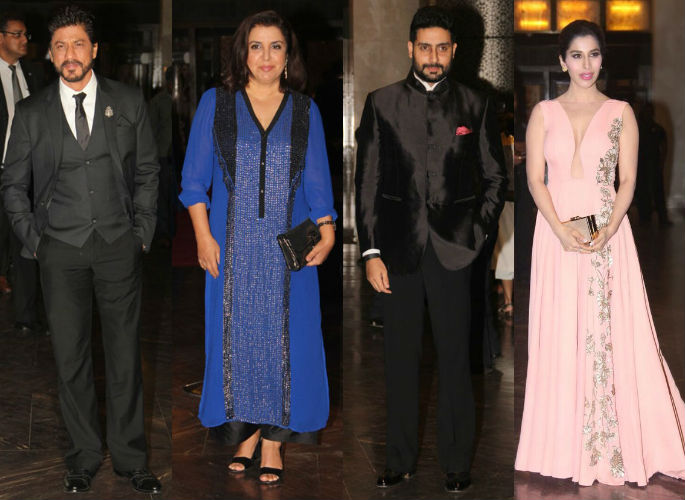 Many congratulations to Preity Zinta and Gene Goodenough, and we wish them a sweet and blissful future together!