A police officer from Hayes has been imprisoned for fraud. He had bought pornography on a family’s TV while he was on duty.

"he denied the allegation and questioned the security of the premises."

Police officer Avi Maharaj, aged 44, of Hayes, was jailed for 12 months on September 5, 2019, after he purchased pornography from a grieving father’s TV account.

Southwark Crown Court heard the Met police officer was at Graham and Allison Miller’s home in South West London after their 14-year-old son Harry took his own life.

Maharaj was asked to guard the house on February 11, 2018, while the family was “being consoled elsewhere”.

While waiting alone at the property, Maharaj guessed the password to the household Virgin Media account. He used it purchase £25.96 worth of pornography.

He then falsified his attendance logs, claiming he left the property almost two hours earlier than he really did as part of a bid to cover up his actions.

Gregor McKinley, prosecuting, said: “He provided officers with a prepared statement in which he denied the allegation and questioned the security of the premises.”

The court heard he initially denied the allegations when interviewed by police. Maharaj also claimed the backdoor to the house was “insecure”.

He later pleaded guilty to fraud by false representation in July 2019. The court heard that his guilty plea will end his police career “forever”. 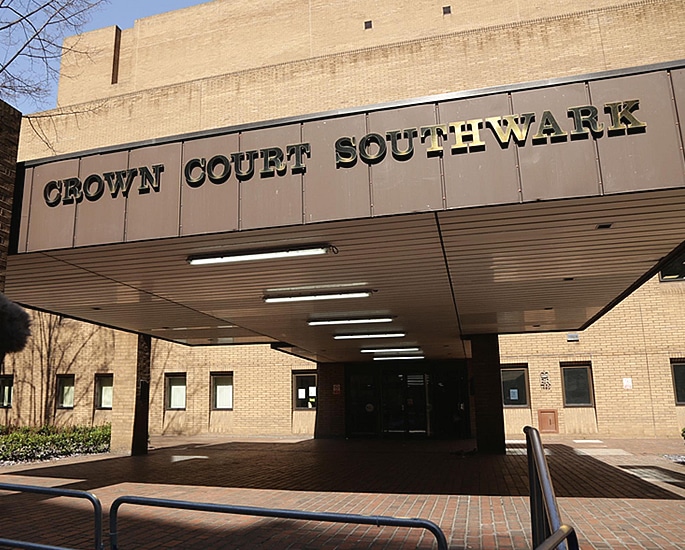 In a letter, Mr Miller said the police officer’s actions had initially “upset” his image of his son, adding it “made me feel like I didn’t know my own son”.

Mr Miller only found out his son was not responsible for the downloads when he contacted Virgin Media and was told what time the clips were downloaded.

Judge Deborah Taylor told Maharaj that he had a responsibility to guard the house.

She said: “Instead of performing that duty with respect and professionalism, you took it upon yourself to guess the password to the household Virgin Media account, to act as if you were the account holder, and use it to purchase, download and view four pornography films.”

Judge Taylor also said the family were “vulnerable, traumatised by the loss of their son, and trusted you to guard their house” and his actions had led to a “false understanding of their son’s last hours”.

She added: “All right-thinking people would be appalled by your gross lack of decency and respect in indulging yourself at all in those circumstances, let alone deviously, and at the expense of the bereaved parents.”

He also said that his client’s guilty plea was “terminate” his police career “forever”.

“PC Maharaj’s behaviour was shocking and even more so given he was guarding the property in the absence of the homeowner.”

“Not only were his actions deceitful but he caused considerable distress for the family involved who were dealing with the sudden death of a family member.

“I am sorry that the family involved had to deal with this while also coping with the tragic loss of their child.”

Avi Maharaj was sentenced to 12 months in prison. Metro reported that there would be a special case hearing on September 9, 2019.

Dhiren is a journalism graduate with a passion for gaming, watching films and sports. He also enjoys cooking from time to time. His motto is to “Live life one day at a time.”
Pakistani Men get Life for killing 3 Women in Wedding Video
Indian Man shoots Girlfriend and then Himself in Suicide Pact