Panjabi MC is back at it again with the release of his newest single ‘Tombi’ on his latest album, ’56 District’ featuring Master Saleem.

"I’m very proud to be British Punjabi living in the Midlands.”

His wide-ranging collection of songs include different instruments, sounds and singers from across Punjab. Speaking about his album, Panjabi MC said:

“It’s what’s been missing for a while. Sometimes only the UK Bhangra can deliver and I’m very proud to be British Punjabi living in the Midlands.”

On this album, Panjabi MC has once again delivered high-quality sound with raw tradition composition.

He has used accents (emphasis on particular notes) which are not usually used in music to showcase the various districts of Punjab.

On track four of the ‘56 Districts’ album, Master Saleem has lent his vocals in the song.

Master Saleem, also known as Saleem Shahzada, is a popular Indian singer who hails from Punjab.

He is well-known for his devotional songs as well as being a playback singer in Bollywood songs like ‘Aahun Aahun’ from Love Aaj Kal (2009), ‘Mast Kalandar’ from Heyy Babyy (2007) and more.

After their tremendous success with the song, ‘Dhol Jageero Da’ (2005), Punjabi MC and Master Saleem have joined forces for their latest song, ‘Tombi’ (2020).

Having provided Bhangra music for almost twenty years, Panjabi MC continues to follow his passion for making new unheard tones. His desire and love for sampling music and fusing sounds is undiminished. He said:

“I’m really loving being in the lab and can’t wait to talk about this album and get feedback.”

Undoubtedly, Panjabi MC’s music is always ‘dance floor ready’ and you will certainly hear his new track ‘Tombi’ on nights out.

Watch the Video to Tombi 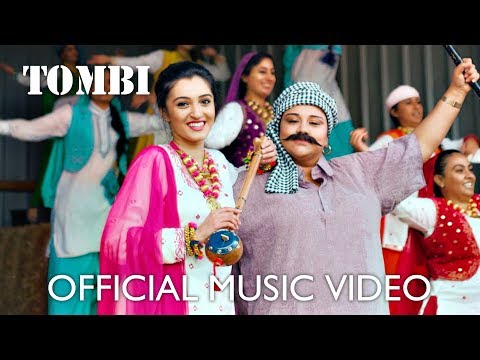 Ayesha is an English graduate with an aesthetic eye. Her fascination lies in sports, fashion and beauty. Also, she does not shy away from controversial subjects. Her motto is: “no two days are the same, that is what makes life worth living.”
7 Different Types of Veena Instruments
10 Best Bollywood Dance Songs by Hrithik Roshan