Love Aaj Kal, the Bollywood movie featuring Saif Ali Khan and Deepika Padukone has been forced to cut scenes due to its wrongful portrayal of Sikhs.

Saif Ali Khan’s ‘Love Aaj Kal’ movie came under strict scrutiny by the Punjab Cultural and Heritage Board. They opposed specific scenes shot in a Gurudwara which were not acceptable.

The scenes featured Saif’s character wooing a girl on the premises which upset the Sikh organisation. They wanted the release of the Bollywood film blocked unless the scenes were removed.

The movie is directed by Imtiaz Ali  of ‘Jab We Met’ fame and produced by the Illumini Films production house, which is backed by Saif Ali Khan and Dinesh Vijan. They wanted to resolve the matter quickly after getting into trouble with the Sikh board. Another scene cut featured Deepika Padukone, the lead female actor, servilng langar on plates made of leaves. 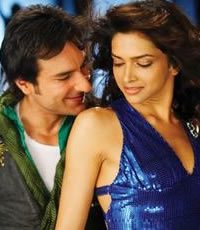 For the role of ‘Veer,’ Saif appears as a sardar in the film wearing a turban and beard. The length of Saif’s beard,  also caused a problem. The board argued that the beard should have been longer than presented in the film. Because trimmed beards are not acceptable to the Sikh faith and are not a depiction of a true Sikh male.

With regards to his look in the movie, Saif  and Imtiaz presented a written apology to Charan Singh Sapra, president of the Punjab Cultural and Heritage Board. Saif stated in the letter that his ‘trim  beard’ was the result of lesser growth of facial hair, and was not intended to hurt the sentiments of any community, especially the Sikhs.

Saif Ali Khan grew his beard for six months to make it look natural and longer. But unfortunately, Saif’s facial hair growth was very slow and didn’t achieve the desired look. This made the Sikh organisations suspicous that it had been trimmed.

Although Mr Sapra accepted the apology from Saif and Imtiaz,  he warned the Bollywood producers that they were not amused with these antics of  Bollywood film-makers projecting Sikhs in such bad light in their films.

Charan Singh stated that  this would be the last time a film was being allowed to get away with an apology, and next time they would not allow release of the film.

Reports say that Saif Ali Khan also explained to the Sikh leaders that he had not trimmed the beard and fully followed the religious principles whilst in character of Veer.  He stated he never took any alcoholic or tobacco products whilst playing this role for the film. 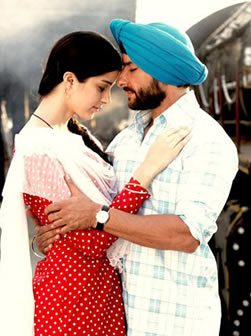 Saif Ali Khan and Deepika Padukone star in the lead roles of the film along with Rishi Kapoor, Neetu Singh and Rahul Khanna.

But interestingly, the role of the Punjabi girl  ‘Harleen’ is played by a non-Indian, Giselle Monteiro. Her name does not appear in the credits because she is in fact a  a 19-year-old Brazilian model. She cannot speak Hindi or dance. Her few lines were dubbed and the sequence showing her dancing at her engagement was extremely difficult to shoot due to her lack of dancing skills.

Imtiaz defends the decision to use Giselle instead of a local actress because they could not find the ‘right’ girl for the role. In fact Giselle came for the role of Saif’s  caucasian girlfriend ‘Jo’ in the movie. It was Imtiaz’s wife who suggested that Giselle would be the right look for ‘Harleen.’

So, will this be the last Bollywood film to offend a religous community like the Sikhs? If not, then there sure will be more censorships leading to films being blocked. Because Bollywood producers need to realise that films cannot violate anyones beliefs or faith.

Baldev enjoys sports, reading and meeting people of interest. In between his social life he loves to write. He quotes Groucho Marx - "The two most engaging powers of an author are to make new things familiar, and familiar things new."
Naomi Campbell Bollywood film flops
Fox STAR deal for MY NAME IS KHAN