Pakistani YouTuber Gifts a Donkey to Wife for Wedding

Pakistani YouTuber Azlan Shah went viral for gifting a baby donkey to his wife for their wedding. The unusual gift led to mixed responses.

"so here’s a wedding gift to her from my side."

Pakistani YouTuber Azlan Shah got married to Warisha in a lavish ceremony but his gift to her has been the main talking point.

Pictures from their wedding photoshoot were uploaded on social media and it was revealed that he gave her a baby donkey.

The photos showed the newly-married couple petting the foal.

They also posed for pictures with the baby donkey.

Aware that the gift was a unique one, Azlan wrote:

“I always knew that Warisha loves baby donkeys so here’s a wedding gift to her from my side.”

The YouTuber went on to say that they also brought along the donkey’s mother, adding:

“PS: we didn’t separate this baby Donkey from his mother we brought her along.” 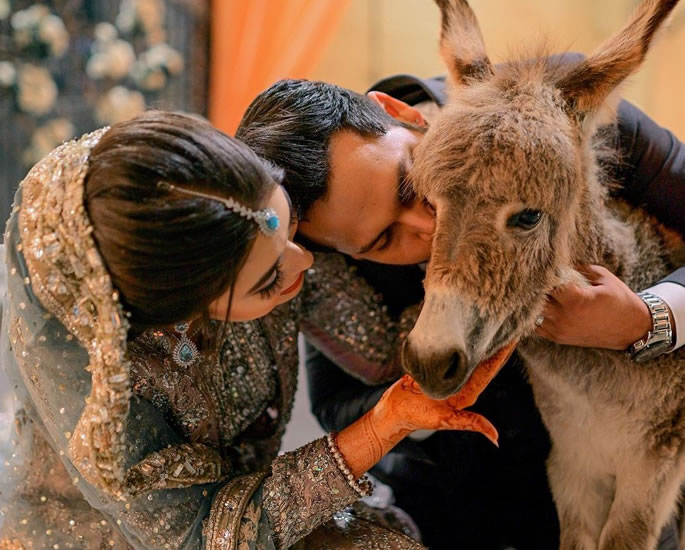 The unusual gift led to a mixed response among social media users.

Some loved the gift, calling the baby donkey “cute”.

Another wrote: “Uff love it!!! I’m obsessed with donkeys.”

One person praised the YouTuber, stating that caring for animals is a common trait in Pakistani people, writing:

“Pakistani people only use this animal for their own benefits.

“There is nothing wrong in loving and having mercy on the creatures of Allah.”

However, some people found the gift idea bizarre.

A comment read: “I swear someone can’t be this mad.”

One person said they have now lost respect for the couple, writing:

“Haha… I used to adore both of you before this act.”

Some users urged the couple to look after the young animal.

“Please don’t abandon him after he becomes an adult.”

Some people took the opportunity to troll Azlan, referring to him as a “donkey”.

Another wrote: “Congrats Warisha for having two donkeys.”

A third said: “One donkey was enough, you gave me another one too.” 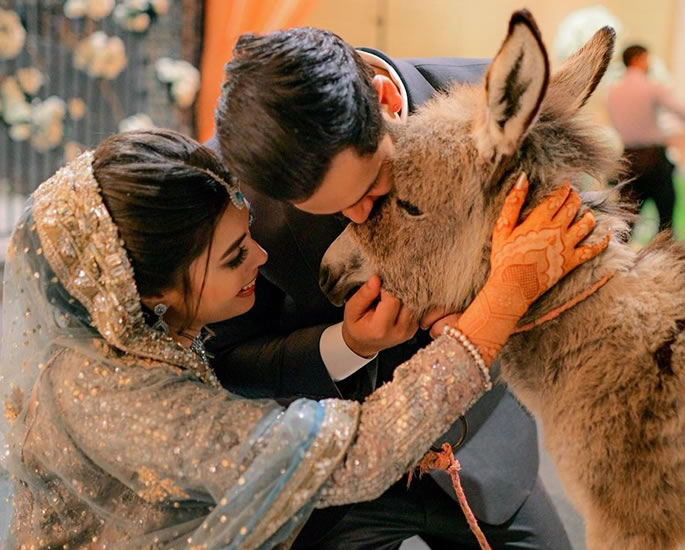 Some believed the unique gift was the couple seeking attention and using the donkey to go viral.

“Appreciate your love for animals but don’t use them as props for wedding shoots please.”

Another agreed: “Anything to become viral.”

Despite the hate from some people, others came to the couple’s defence.

One fan said: “This is the cutest post I have ever seen. Please ignore the hateful comments. May Allah keep you both so happy.”

Dhiren is a journalism graduate with a passion for gaming, watching films and sports. He also enjoys cooking from time to time. His motto is to “Live life one day at a time.”
Can You Save Money by Leaving the Heating on Low?
YouTuber Armaan Malik trolled for Getting 2 Wives Pregnant