Parents and their teenage daughter have been killed by Pakistani Terror Police in what is being called a cold blooded shooting.

"Rest assured those responsible will be taken to task."

Public outcry in Pakistan has resulted in street protests in Lahore and social media uproar, related to the ‘cold blooded’ shooting of a husband and wife, and their teenage daughter, by the Punjab Punjab Counter Terrorism Department.

CTD officials gunned down the couple, daughter and another man travelling with the family in unprovoked firing on GT Road near Sahiwal, Punjab, Pakistan.

The deceased shot by the CTD was the father Mr Khalil, mother Nabeela and daughter Areeba. A friend of the father, Zeeshan, was also killed in the firing.

Their son, aged about 10 years old, Umair Kalil, travelling with the family survived the attack on Saturday, January 19, 2019, by sustaining a bullet wound in his leg.

The attack is being classed as a suspicious ‘encounter’ and the public want action from the government on what they see as an unprovoked attack on innocent civilians.

The CTD claim that some of the civilians killed were ‘alleged’ terrorists and they were acting on a tip-off from a “sensitive organisation” but not specifying the intelligence agency in their statement.

According to Pakistan Today, the CTD statement said:

“The [alleged] terrorists retaliated by firing at the CTD officials following which a shootout ensued.

“Once the firing stopped, four people were found dead, reportedly as a result of firing by their own accomplices, while three terrorists had fled the scene.”

Suspects travelling along the GT Road at the time of the incident were identified by the CTD travelling as Shahid Jabbar and Abdul Rehman. They were said to be carrying arms and explosives.

“They used to travel with families to avoid police checking. Today, they were warned to surrender but they resorted to firing.”

However, the parents and daughter killed by the CTD are what being deemed as totally unacceptable.

Shooting of Parents and Sister

Umair Khalil, the young son and survivor of the shooting, told the media what took place.

He explained that his parents, elder sister and two younger sisters and a friend of his father, were travelling from a Lahore village to Burewala for his uncle’s wedding when the police officials stopped them. 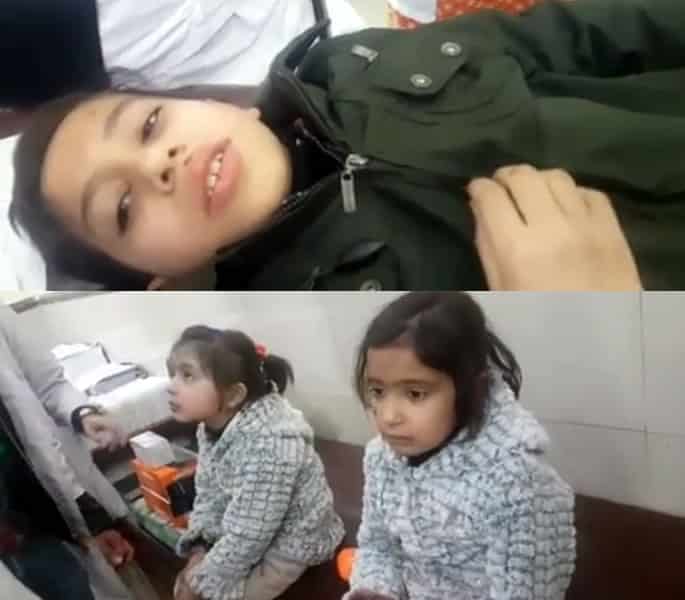 “My father begged the policemen to take money and let us leave but they opened fire without any reason.”

He witnessed the killing by the CTD of his parents, his sister and his dad’s friend in the front of the car, while he stayed hidden in the back with his younger sisters.

He added: “The police left us at a petrol pump and we were later taken to a hospital.”

According to another man’s video interview, who claimed he was the surviving children’s uncle, explained that four vehicles with several family members in them all were travelling to the wedding.

He alleged that the police who stopped the victims attempted to rob them because they were in possession of jewellery, cash and other valuables. He said they killed them after the theft. 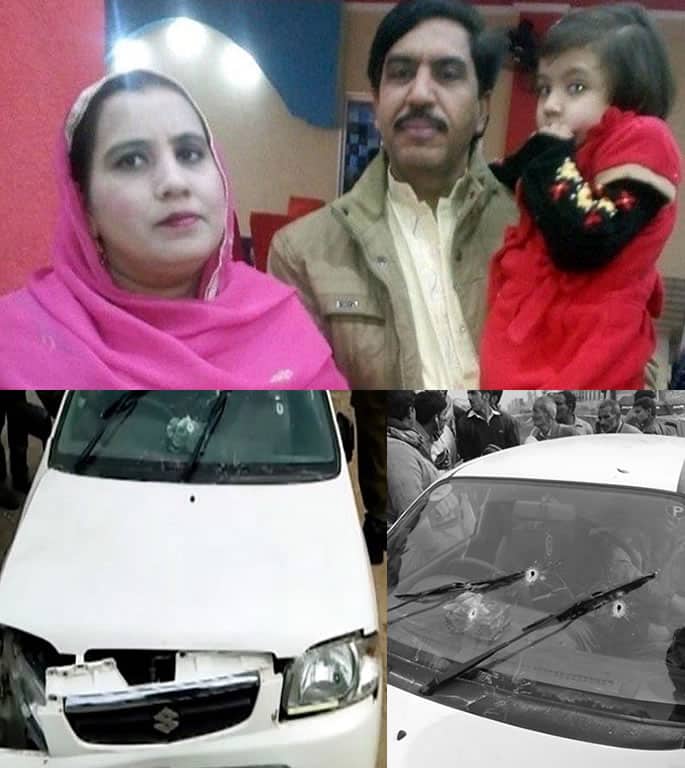 Another video on social media features eyewitnesses saying the police just killed the family members in cold blood, abandoned the surviving children at the scene of the crime but then came back to take them to hospital.

They also verified that the families travelling had no weapons in their cars and the CTD just opened fire without any notice or provocation.

A local journalist spoke to Umair and asked him what took place:

The public reaction has prompted Prime Minister Imran Khan to take notice and he has ordered an investigation from Punjab’s Chief Minister Usman Buzdar into the matter.

Buzdar has ordered the arrest of the CTD officials by police.

In addition, he has instigated a report to be produced within three days following an investigation headed by a senior police official and representatives of the intelligence agencies into the incident. 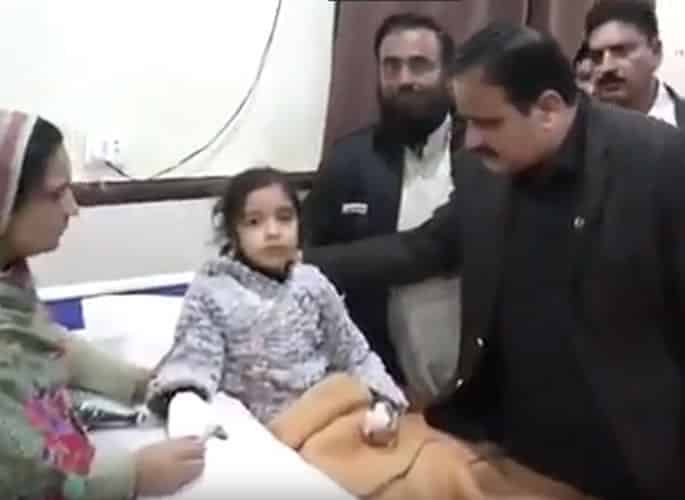 Buzdar has visited Sahiwal himself and at the DHQ hospital told the family members: “Justice will be served at all costs.”

He instructed that the family must get the best possible care at the hospital and provisions be made to assist the children with anything they will need to recover from the tragic incident for which he was apologetic and told the family an investigation was on its way.

Fayazul Hassan Chohan, the Information and Culture Minister for Punjab said it seems that the CTD officials abused their authority by instigating the encounter and acted on a tip-off from an alleged terrorist who has since been arrested in Karachi by intelligence agencies.

Buzdar told media in a press conference: “Rest assured those responsible will be taken to task.” He added that the “culprits” will receive exemplary punishment.

Nazhat is an ambitious 'Desi' woman with interests in news and lifestyle. As a writer with a determined journalistic flair, she firmly believes in the motto "an investment in knowledge pays the best interest," by Benjamin Franklin.
NCA seizes Property linked to Saeed Brothers worth £1.7 million
Asian Carer convicted of Conning Elderly Woman out of £13,000