After a long wait, Pakistan born cricketer, Fawad Ahmed, is now finally eligible to play for Australia. Fawad has been granted Australian citizenship and can now represent the country in future matches.

"It will be an honour to represent Australia in the Ashes."

Pakistan born cricket player, Fawad Ahmed, has been finally granted Australian citizenship. He now has the rare opportunity to play in the Ashes series which will begin on July 10, 2013.

Fawad’s citizenship approval came as a bit of a surprise, following changes in the Australian Citizenship Act 2007, which meant that his application was fast-tracked.

“It was approved because we were able to look at the application in a different light because of the changes to the Australian citizenship act that went through the parliament not long ago.”

These changes allow some individuals to have their citizenship fast-tracked if they are seen as a benefit to Australia. There are many fields that come under this such as sport, science, performing arts and medicine. 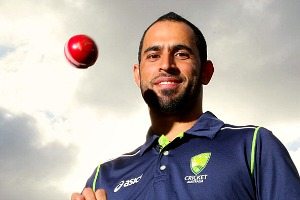 Acquiring citizenship has been an essential career hurdle for Fawad who has desired to move away from Pakistani cricket and find success elsewhere.

The 31-year old would only be allowed to play in the Ashes series if he had full citizenship. His application was initially due for completion in August 2013 but because he fell into one of the above categories, this allowed the process to be brought forward.

The player was definitely ecstatic after hearing the news of his citizenship:

“The last four years here in Australia, I couldn’t wait to be a citizen, especially in the field of cricket, I want to give back something to this country. I will try my best to be a good citizen and I will do my best for this country,” says Fawad.

The leg-spinner first arrived in Australia back in 2010 and claimed asylum after leaving Pakistan. He fled his home country after receiving death threats from extremists in the Khyber Pakthunkhwa Province where he lived. They believed that Fawad promoted Western values, and his work with an NGO that supported health and education for women was wrong:

“They terrorised me, they made death threats to me. They don’t like to educate women. They want the people in the dark so that they can dominate them easily,” explains Fawad. 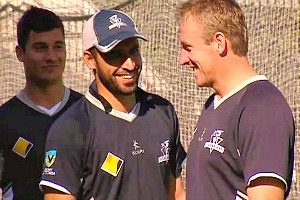 “Things have become extremely bad. People are suffering and especially the poor people. People dying for nothing. Car bomb blasts, target killing, insurgencies. Especially where I was living. Those areas are now the ones in the red zone.

“I got an opportunity to play for my state in Islamabad, but they still keep following me, keep threatening me, texting me and saying, ‘You are still helping those people and when we find you we will seriously harm you’,” he adds.

Australia has surely made a big impact on the player, leading him to make the otherwise difficult decision to move away from home to enhance his career in cricket.

Fawad first applied for residency back in January 2012: “I was happy from last year when I got my residency but it was still stressful because I wasn’t officially a citizen.”

Australia has been trying to find a leg-spinner since Shane Warne retired in 2007. Even the former cricket player has been supporting Ahmed: “He’s got that surprise element and doesn’t get flustered about anything; I think he could be very good for Australia.” 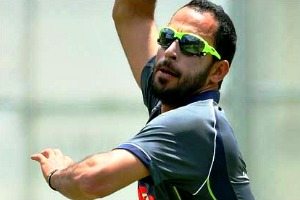 He also thinks that Ahmed is a better choice than Australia’s Nathan Lyon, the only specialist slow bowler in the team. However, in June 2013, during the Australia A matches that took place in Belfast and Bristol, Fawad was short of wickets, which could affect his call-up for the Ashes.

But it’s not all gloomy as he is focusing on the Australia A tour of Zimbabwe and South Africa in 2013. Speaking about the tour, Fawad says:

“I will try my best to perform well on those two tours and it depends on the selections. It will be an honour to represent Australia in the Ashes or maybe other tournaments.”

If the Australian selectors decide they need a second spinner along with Lyon, Fawad Ahmed will not be the only person competing for the spot. Left-arm spinner, Ashton Agar, is also in the running after performing well for the Australian A side on their recent tour of England, Ireland and Scotland, 2013.

This is not the first time a Pakistan born player has switched teams to Australia. Usman Khawaja was the first Muslim cricketer to represent Australia when he debuted in the Ashes series in 2010/2011. Fawad is hoping to join Khawaja in the Australian sides. 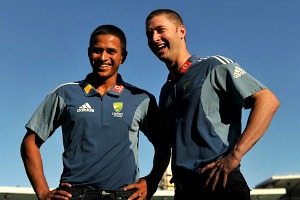 But it doesn’t look as if Fawad is the last player of Pakistani origin to change teams. Australia’s cricket bosses are looking at the son of one of the greatest cricketers in Pakistan, Abdul Qadir.

His son at the age of 19 has caught the eye of the bosses who now want him to play for Australia. Only time will tell if young Usman will be the next Pakistani player to move over to the Australian team.

On the other hand, Australia is certainly happy with the addition of Fawad Ahmed:

“It’s a long journey and it was a long struggle, the whole community of Australia – the people really supported me throughout this journey. It’s a victory for our sport and for this country.”

Fawad has taken over forty wickets in 15 first-class matches. Ten of them were played in Pakistan after having made his debut for Abbottabad back in 2005. In 2012, the spin wizard joined the Melbourne Renegades for the Big Bash League and also played in Victoria’s last three matches in the Sheffield Shield.

We will have to wait and see whether Fawad does play in the Ashes series beginning on July 10, 2013. But we can look forward to seeing him play for Australia A, before his dream finally comes true.

Farjana is a young aspiring journalist. She enjoys writing, reading and listening to all types of music. Her motto in life is: “Go confidently in the direction of your dreams – live the life you have imagined!”
Sania Mirza bows out of Wimbledon 2013
India beat Sri Lanka in Tri-Series Final