The Origin and History of Garam Masala

It’s a staple in thousands of recipes and hundreds of cultures. It’s warming, fragrant and full of flavour. But what is the history of Garam masala?

It’s been a staple throughout history and remains just as versatile today.

Garam masala is such a universally loved spice. You can use it in a myriad of different recipes. But what is the history of Garam masala?

Few curries are complete without a few teaspoons of this spice. Just a small amount packs a punch with flavour.

It’s been a fixture throughout history and remains just as popular today.

DESIblitz has tracked down this history of Garam masala so next time you use the spice, you’ll know its origins.

What is Garam Masala? 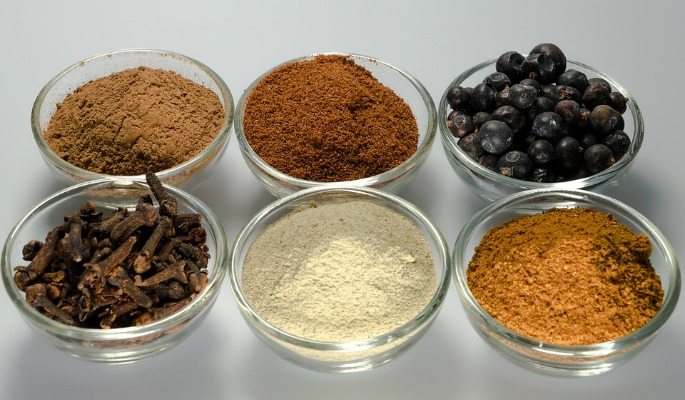 You probably already know that Garam masala can make any dish delicious. However, do you know exactly what this spice is?

Garam masala is actually a blend of spices, rather than one single ingredient. The spices used in Garam masala can actually vary by region.

One of the most common Indian variants contains the spices: black and white pepper, cloves, cinnamon, mace, cardamom, bay leaves and cumin.

While there are other versions of the spice blend, this one is the one you’ll probably find in the shops. Other recipes will often contain extra ingredients such as herbs, but almost all versions will contain cumin.

Because Garam masala is a blend of spices rather than a spice produced from a specific ingredient, it’s quite easy to make yourself.

Since this is such a customisable spice, you can make your own versions which enhance the flavours you like the most. There is no ‘real’ Garam masala so it can be changed to match your tastes.

The History of Garam Masala 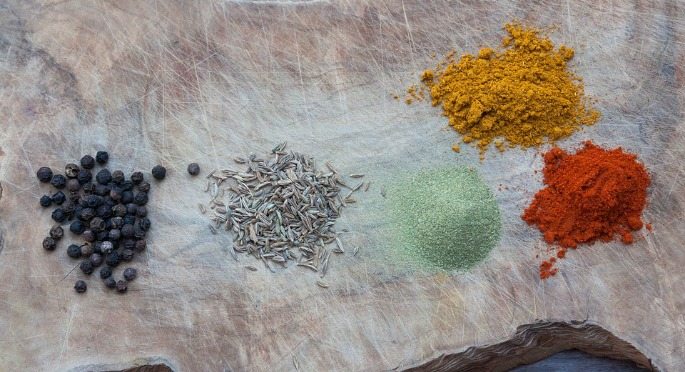 The most common variety of Garam masala originated in Northern India. You’ll find that Garam masala is a very warming spice which can be comforting. This is likely the reason behind its creation.

Garam masala was developed as a way to keep you warm. The name ‘Garam masala’ literally means ‘hot spice’.

Garam masala has been found to help speed up your metabolism. This is why it is such a warming spice; having a fast metabolism can help to raise your body temperature.

As it can be colder in Northern India than other areas, this spice blend would have been useful to help you stay cosy during the colder winters.

Garam masala would have been spread throughout the world as time went on. Explorers and traders would introduce the spice into their own cultures, which is why there are so many varieties.

You’ll find that different cultures have their own takes on this spice.

As Garam masala can be so good at keeping you warm, it would have been a staple spice in many cultures, which is why you can find it used so extensively today.

The massive influx of Desi people into Britain between 1800 and 1950 would also contribute to the spread of Garam masala. As with many Desi foods, this spice took root in British Asian culture and has remained a fixture to this day.

Garam masala is more popular today than ever before. Almost every curry recipe will call for some. This popular spice is also found to some extent in almost every Desi culture.

Garam masala is so common that you can find it in almost every supermarket. The history of Garam masala as a warming spice blend means that it’s very commercialised. It’s produced by many brands and easy to obtain.

For a better bargain, you’ll find that Garam masala can often be bought in bulk for a lower price as Asian stores and markets.

Garam masala is also easy to make yourself. The spices which typical recipes are composed of are also very common, so you’ll have no trouble making a pot of this cosy blend at home.

Try this recipe for a common Garam masala blend. You can even change or add ingredients to suit your own tastes.

Why is Garam Masala so Popular? 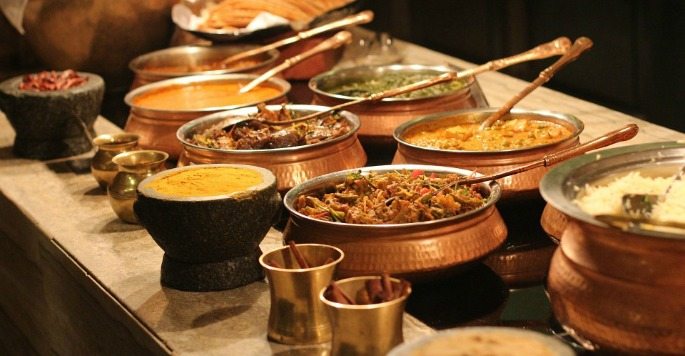 In the history of Garam masala, it’s quite easy to see why it was popular and how it spread to so many cultures. It’s a blend which is packed full of flavour, so making delicious food would be easier.

Above all, this is a spice which truly keeps your body warm. This would have been key to keeping yourself warm and keeping your metabolism high.

Garam masala is popular today because of similar reasons. The metabolism-boosting properties are great for your health and the strong flavours make cooking simple.

You can see why this spice is a fixture in any good kitchen; it’s been a staple throughout history and remains just as versatile today.

Aimee is an International Politics graduate and a foodie who loves being daring and trying new things. Passionate about reading and writing with aspirations to be a novelist, she keeps herself inspired by the saying: “I am, therefore I write.”
5 Incredible Tofu Recipes to Make and Try
6 Simple and Delicious Cardamom Recipes