In the second episode of Desi Rascals 2, will MoJo live to fight another day? What is next for Solly’s love life? And are Jasmin and Ross still blissfully in love?

“My heart's feeling one way and my head’s feeling another way.”

Desi Rascals 2 exploded with a bang. And the second episode promises a continuation of the rollercoaster excitement.

At the end of the last episode, MoJo seemed doomed to failure. Will Moses be able to pull a trick out of the bag to save the day? Or has Jo finally had enough?

What does Solomon Akhtar have lined up for his love life?

Is Solly’s BFF, Adam Michaelidies, going to be bring the playboy lifestyle to Desi Rascals?

And what of Jasmin’s plans to trap, er…sorry, commit to her boyfriend Ross, in marriage? 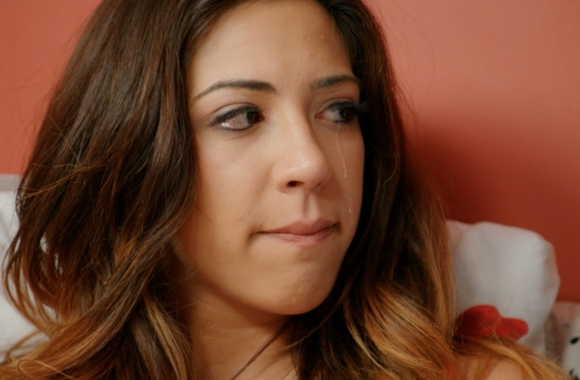 Fans of MoJo will be heartbroken to hear that the fairy tale is over.

Jo is still conflicted as she says: “My heart’s feeling one way and my head’s feeling another way.”

She feels like seeing Mo in person could make her change her mind again. So she calls it off via text.

Nat suggests: “Hope you understand or something like that.” 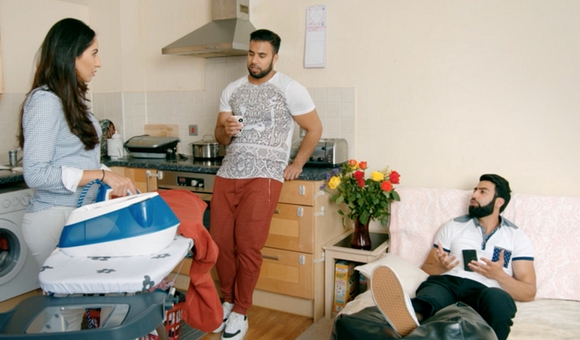 Mo is planning his rescue mission, and is not expecting this. So the text-breakup is brutal.

Anj consoles his brother: “What you need to understand from that message is that it’s done and dusted now.”

Later, sister-in-law Wajma has some wise and soothing words too.

In a quiet word to Shreena, Nat admits: “The last few months have been quite Jo-consumed. It’s time to sort my life out.”

What is next for the Shahdashians?

Yasmin wants a man, Solomon wants to ask her out 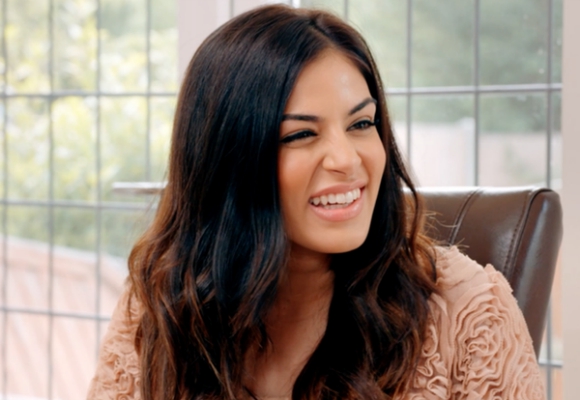 Yasmin’s Executive Assistant, George, has set up an internet dating profile for her.

The ‘vertically-challenged’ Yasmin is reluctant. She says: “It’s just full of creeps and weird people.”

But George reassures her: “You never know who is out there. And maybe you could find the one.”

Somebody who is available and interested is the eligible bachelor Solomon.

Many of us were fortunate to see a teaser clip of Solly and Adam talking about girls (which you can read about in more detail here). 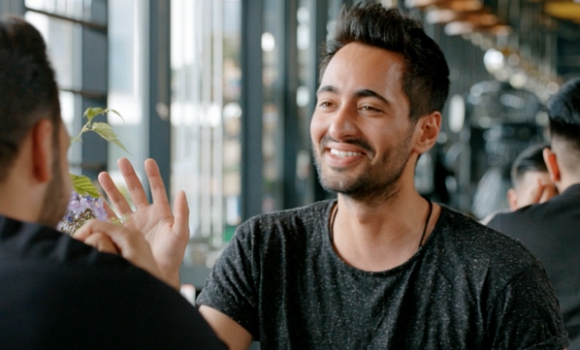 When Solomon is dreamily talking about Yas, Adam says: “Don’t tell me you’re in love.”

Solomon replies: “I’m not in love yet. But give it ‘till midday.”

Solly continues: “If you ask Kavita on a date, I’m gonna ask Yas on a date maybe.”

Be a man and do it, Solomon! 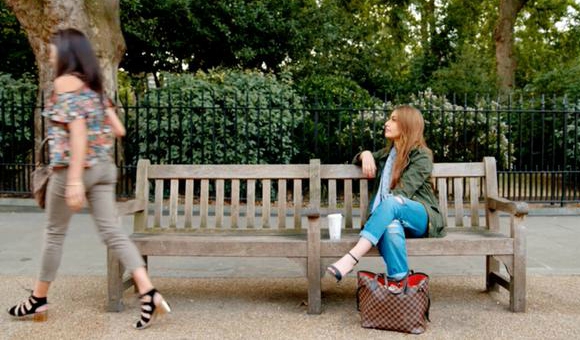 Feryal has nestled herself nicely with Yasmin and George as they enjoy a lovely day out at the park roller-blading.

Later, Kavita and Feryal meet up to patch things up. The problem is that they would rather entertain us with a verbal boxing match.

Both of these girls are pretending to be angels, talking about loyalty and honesty.

Kavita says: “You entirely turned on me…For me, to get absolutely mullered by three people…I have nothing to feel bad about.”

Feryal retorts: “Neither do I.”

Kav finishes with: “This was supposed to be an olive branch.”

Feryal has the last say: “I didn’t like olives anyway.”

Feisty! There is nothing like some duplicity and deceit in Desi Rascals!

Girls night in, Lads night out 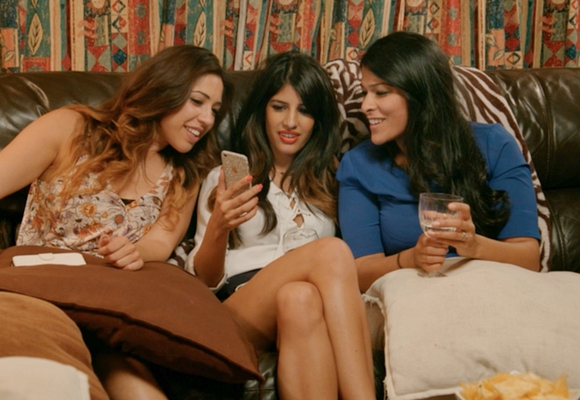 The boys are playing table-tennis. Joker Jason says to Anj: “I’m surprised you’ve been allowed out.”

Ross turns up to meet the Squad. Even he cannot help laying into Jason for being ‘Pretty good at dancing for a white guy’.

Jason is half-Pakistani, but according to Anj: “Only his nose is Pakistani.”

The topic goes to Mrs Ansa Khan, and Jason cannot help himself.

Jason says to Owais: “Your mum is amazing though. She is pretty cool. Honestly if I was single, and a bit older, I would definitely move to her.” 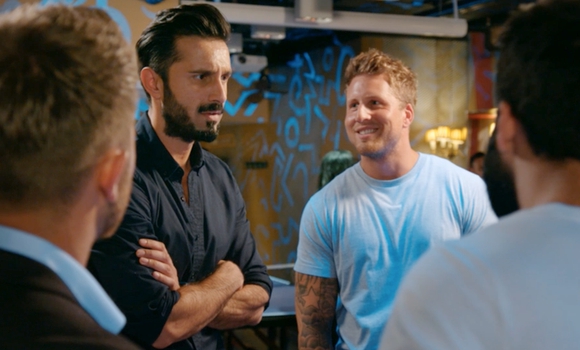 Owais also finds the time to have an innocent flirt with a girl at the bar, Sonia.

Jasmin is getting jealous of the ‘silly boys night out’. Ross sends her a message which reads:

“Hey babe, having a good time with the lads, so don’t wait up.”

There are signs that her and Ross are having some trouble in paradise.

Apparently Ross has told her that he does not think that they are ready to get married yet. 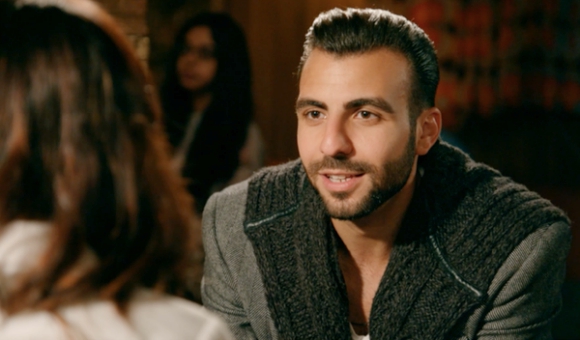 When facebook introduced the relationship status ‘It’s complicated’, it was intended for situations such as these.

Adam sets the tone for the awkwardness with: “You look really nice. Did you do the hair especially for me?”

Adam says he wants to take out Kavita. So why does he look so emotionally affected when Yasmin mentions her search for ‘serious marriage proposals’?

Yasmin says: “I’m at that age where I just want security and stability in my life.” 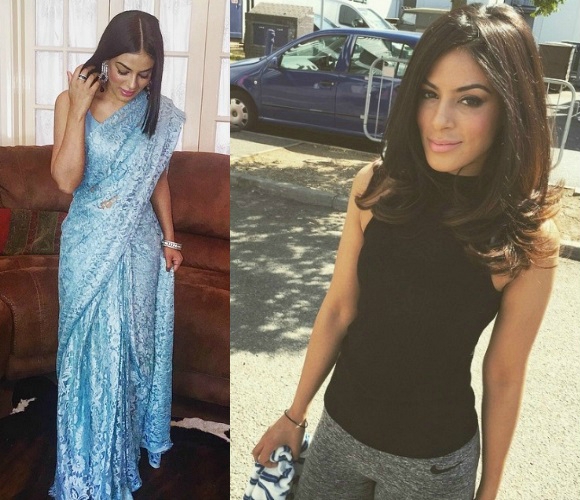 Adam replies: “But don’t you want a connection? I mean look at what we have.”

Yas responds: “I want that with someone that wants to get married.”

Translation: They both like each other. But do not trust each other enough to take the leap of faith.

In the next episode of Desi Rascals, it looks like Kavita and Yasmin will be fighting over Adam once again.

And Adam and Owais are going to have a showdown. Is this the true battle of the Alphas?

You can catch episode three of Desi Rascals 2 on Wednesday 5th August 2015 at 8pm on Sky 1.