Nora Fatehi looked glamorous in a figure-hugging gold gown as she turned up to Jhalak Dikhhla Jaa 10 filming.

"She is damn hot, slaying it, just need a figure like her."

Nora Fatehi cut a glamorous look as she wore a shimmering golden gown.

The star was spotted in Mumbai as she turned up for Jhalak Dikhhla Jaa 10 filming.

Nora stunned in the tight-fitting gown, which accentuated her curvaceous figure.

The dress featured intricate embellishments, making it glisten in the sunlight and upping the glamour. It also had an extravagant train.

It had a bold edge as the gown had a plunging neckline and a daring thigh-high slit, showing off Nora’s long legs. 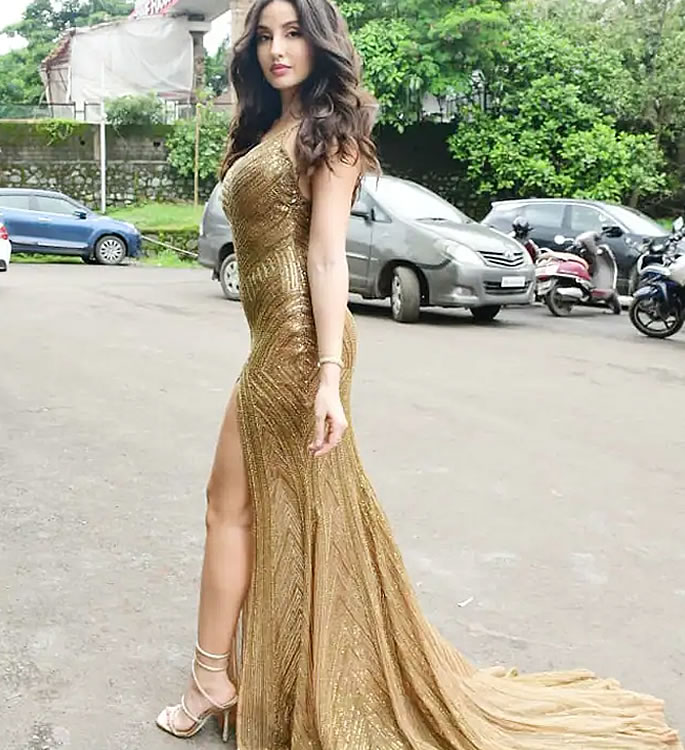 Nora made sure all eyes were on her dress as she kept her makeup to a minimum. She opted for shimmering eye shadow and dark winged eyeliner as well as pink lipstick.

Her brunette tresses were styled in classic waves with a central parting.

She paired the glittery dress with beige strappy heels.

Another commented: “She is damn hot, slaying it, just need a figure like her.”

In addition to Nora Fatehi, Madhuri Dixit and Karan Johar will also be judges on the dance-based reality show.

The trio will be judging celebrity contestants and the show will reportedly begin airing in the coming months.

It is reported that Shilpa Shinde, Amruta Khanvilkar and Nia Sharma have been announced as contestants. 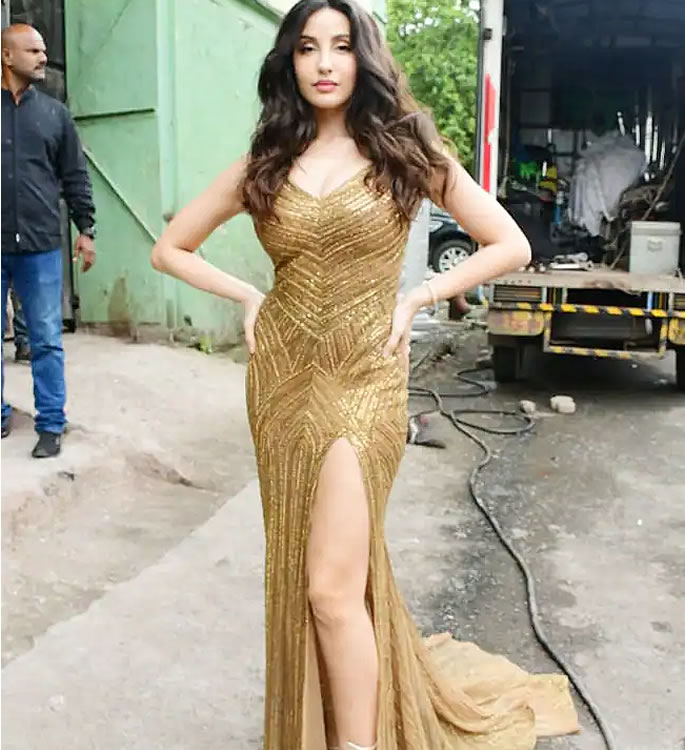 Speaking about the show, Madhuri said:

“Jhalak Dikhhla Jaa is a huge platform for all the celebrities to connect with their fans and showcase their unseen dance avatars.

“I have witnessed many non-dancers evolve into great dancers on the show, which marks an incredible transformation journey.

“Having judged four seasons in the past, this show holds a very special place in my heart.”

“It feels like a homecoming to me. With Karan Johar and Nora Fatehi joining in, it is going to be a house on fire, and I am eagerly looking forward to it.” 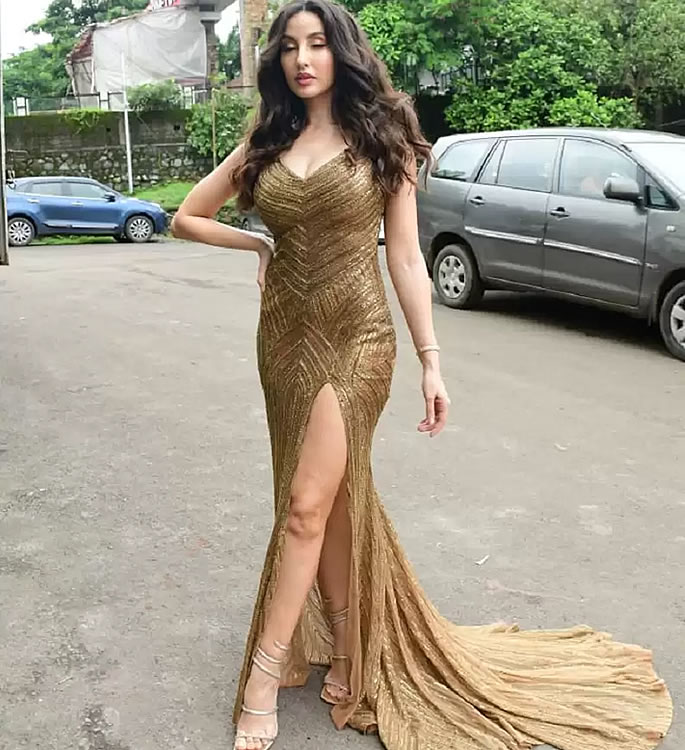 Meanwhile, on the film front, Nora impressed fans with her acting skills in Bhuj: The Pride of India.

Nora was last in the John Abraham film Satyameva Jayate 2, featuring in the song ‘Kusu Kusu’.

Dhiren is a journalism graduate with a passion for gaming, watching films and sports. He also enjoys cooking from time to time. His motto is to “Live life one day at a time.”
Rashami Desai slays in Dabboo Ratnani Photoshoot
10 Stunning & Bold Shannon Singh Looks to See