Nora Fatehi raised temperatures in a photoshoot as she posed in a red off-shoulder gown. She shared the pictures on Instagram.

"I wanna kiss you. But if I do then I might miss you"

Nora Fatehi oozed glamour as she posed in a red off-shoulder gown.

In her photoshoot, Nora leaned on the ground, looking glamorous as she gazed into the camera.

It also had voluminous sleeves and a thigh-high slit, adding an edge to the elegant outfit.

The stunning outfit was from British womenswear brand April & Alex. It costs £500.

Nora was styled by celebrity stylist Chandni Whabi, who has worked with Nora on numerous occasions, and fashion consultant Stacey Cardoz. 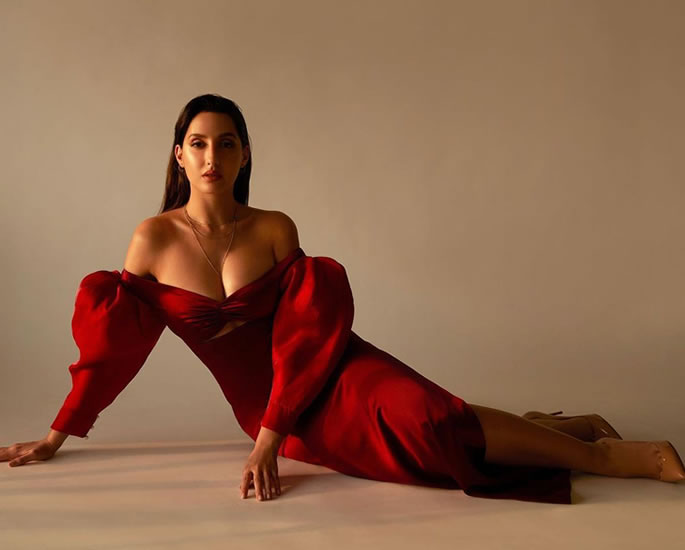 The popular Bollywood star kept her makeup simple, ensuring that all the attention was on her and her dress.

She also opted for a slicked-back hairdo.

Nora completed her look with a dainty gold necklace and nude heels, tying the whole outfit together.

In the caption, Nora wrote:

“I wanna kiss you. But if I do then I might miss you, babe… Dans le LoveGame.”

In another series of pictures, Nora kneeled and looking into the camera, showing off her toned legs. 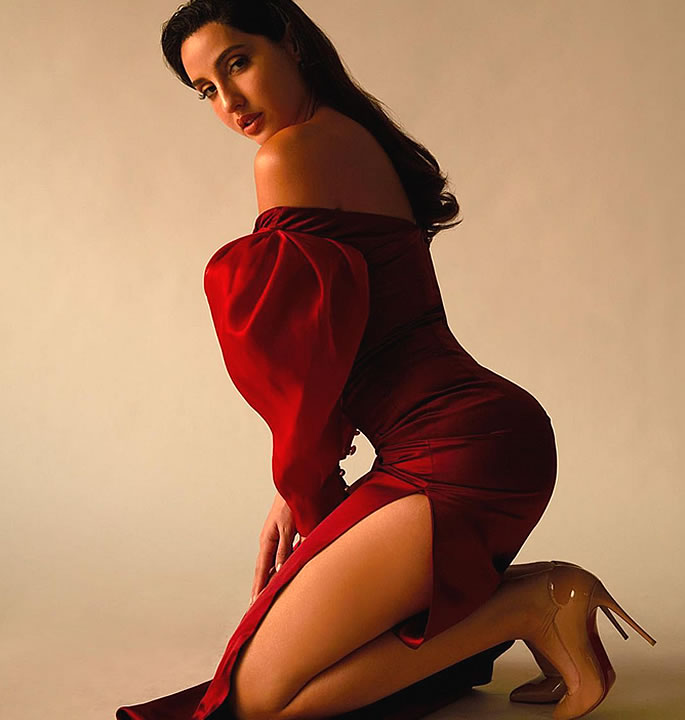 Unsurprisingly, the pictures were a hit with her fans and they took to the comments section to praise Nora’s look.

One netizen said: “You are super stunning.”

Another wrote: “The prettiest.”

Many users described Nora as “gorgeous” while others dropped fire and heart emojis.

Nora Fatehi is undoubtedly one of Bollywood’s most popular celebrities, thanks to her dance performances.

Her dance number ‘Dilbar‘ from the 2018 film Satyameva Jayate is her most popular hit, reaching one billion YouTube views in March 2021.

While she is a massive success, her early days were a struggle.

On her initial days in India, Nora said:

“We were so excited and so naive. When I reached India, it was nothing like (what I had imagined).

“I was thinking I’ll get picked up by a limousine and a butler, and they’re going to take me to a suite, and I would go to my auditions in that limo.

“It was nothing like that. I had the biggest slap in my face.

“The bullying, the rejection, the traumatic experience that I went through.” 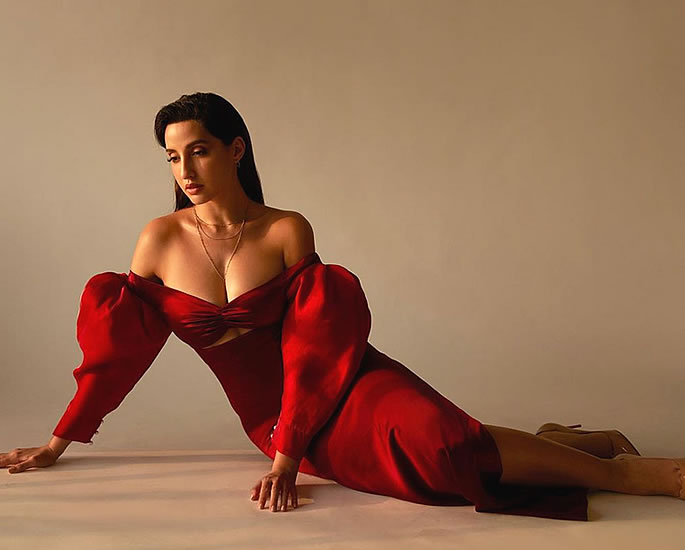 “How do you go from a developed country to a developing country?

Nora also revealed that casting directors would call her for auditions and give Hindi dialogues, knowing that she is not Indian.

“They would start laughing together, high-fiving each other.”

On the work front, Nora Fatehi was last seen in Street Dancer 3D.

She will next be seen in Bhuj: The Pride Of India. The film also stars Ajay Devgn, Sonakshi Sinha and Sanjay Dutt.

Dhiren is a journalism graduate with a passion for gaming, watching films and sports. He also enjoys cooking from time to time. His motto is to “Live life one day at a time.”
Katrina Kaif welcomes Summer in Floral Co-Ord
Krishna Shroff goes Topless for Magazine Shoot