It is no secret that Katrina Kaif adores florals, and she has recently showcased another stunning floral look from her summer wardrobe.

Kaif wears the top on the shoulder

Florals are a staple of Katrina Kaif’s wardrobe, and she showcased another stunning floral outfit recently.

Kaif often takes to Instagram to share some of her favourite looks, and this one is no exception.

The Bollywood star took to the platform to share some images of her in a gorgeous floral co-ord, styled by Ami Patel.

The co-ord is from Summer Somewhere, and can be purchased on their website for £37.

The set features a crop top with full sleeves and ruffles. Kaif wears the top on the shoulder, but it can also be styled to be worn off the shoulders too.

The top is also complete with a ruching bodice and elbow-length sleeves, and includes pink, green and orange floral patterns. 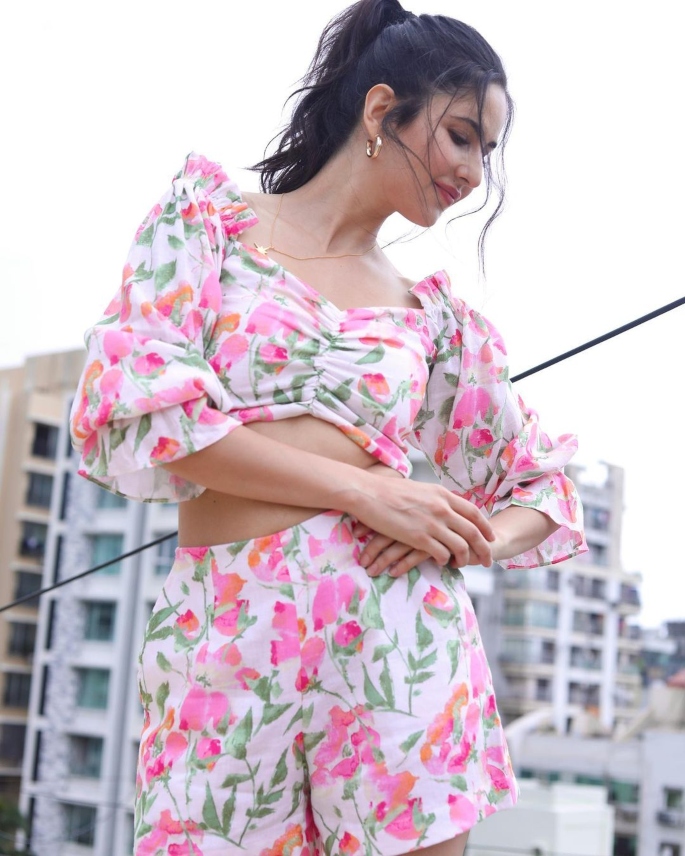 Katrina Kaif paired the crop top with a matching pair of high-waisted shorts with front-lined pockets.

Kaif accessorised her outfit with some simple gold jewellery, and styled her hair in a messy ponytail with a few strands framing her face.

The actress shared the images on Instagram on Tuesday, July 20, 2021, and captioned them with a simple flower emoji.

One person described her as the “prettiest flower in the garden”, while another referred to her as “Barbie”.

One user also made a reference to Kaif’s boyfriend, Vicky Kaushal, commenting: 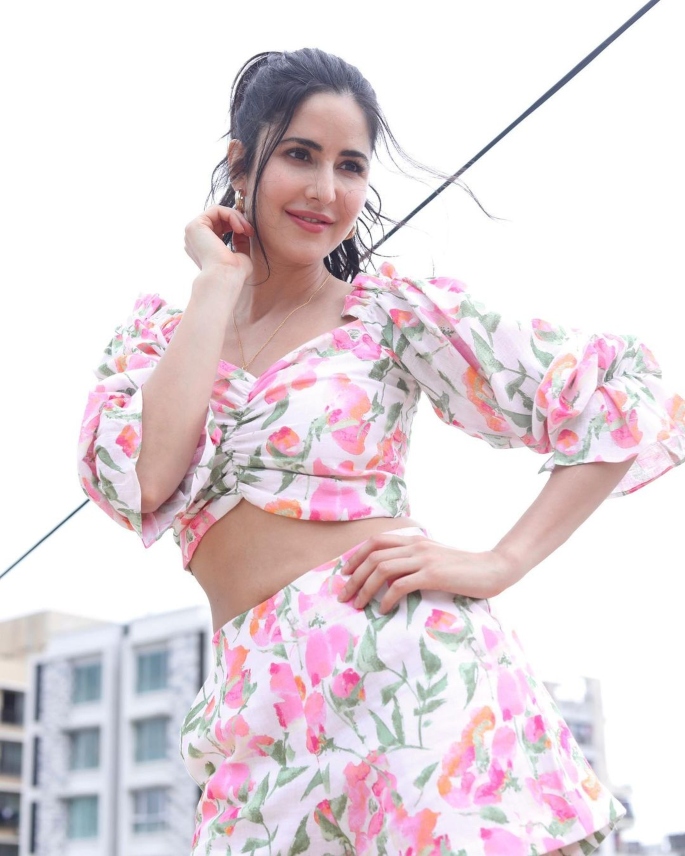 Although Kaif and Kaushal have not made their relationship official, Harsh Varrdhan Kapoor recently outed the pair on a chat show in June 2021.

When asked to name one Bollywood relationship he believes to be true, Kapoor said:

“Vicky and Katrina are together, that’s true.”

He quickly added: “Am I going to get in trouble for saying this? I don’t know. I think they’re quite open about it.”

Although Katrina Kaif and Vicky Kaushal are yet to confirm their relationship, they have been spotted together at multiple events.

In June 2021, paparazzi also spotted Kaushal’s car at Kaif’s house, and stated the car was parked in such a way that concealed it from cameras.

On the work front, Katrina Kaif is due to appear in the horror-comedy Phone Bhoot.

She will feature in the film alongside Ishaan Khatter and Siddhant Chaturvedi.

Phone Bhoot‘s original release date was postponed due to the Covid-19 pandemic.

However, Ritesh Sidhwani of Excel Entertainment has recently revealed that shooting for the film is now complete, and it should be ready for release in 2022.