Kalki Koechlin’s ‘Naked’ uncovers one of the many perils of social media. Showing how viral sex clips and breach of privacy can be devastating for victims.

“Men have seen you naked, do you think they will respect you now?”

Sexual harassment, online privacy and cyber-bullying are just a handful of modern anxieties that individuals face almost daily. Whether in the form of viral sex clips or social media trolls, many victims can see their lives destroyed with a click of a button.

Such is the theme of Naked, a short film by Rakesh Kumar, which exposes the dark side of celebrity culture in India.

Focusing on a sex scene of an Indian actress that is leaked online, the YouTube short explores how media can brutally attack celebrities. More specifically, how women can be made to feel both violated and ostracised by patriarchal attitudes.

Power, control and invasion of privacy are excruciatingly highlighted. And they raise some interesting questions about Indian society and how women are often blamed for something they have never done.

The film deeply underlines the notion that “we are all naked on the bare stage of social media”. 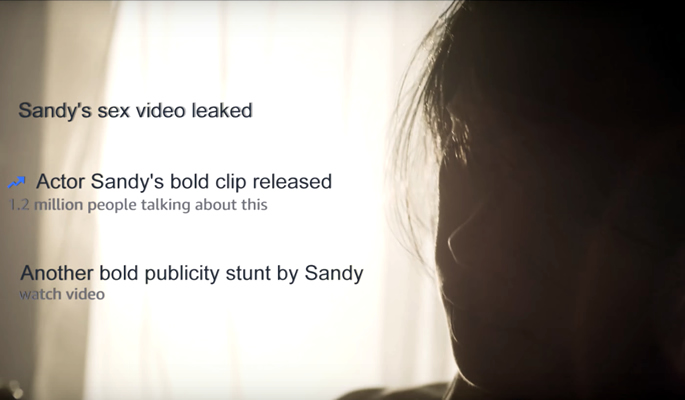 Kalki Koechlin plays the “fun and fearless” Sandy, an Indian actress who one day wakes up to find that a sex scene from her new film has been leaked online.

The media sensationalises the viral clips, damaging Sandy’s image as a “bold and fearless” Indian woman. Also starring in the short is Ritabhari Chakraborty who plays a young and somewhat naïve journalist, Ria.

Ria is scheduled to interview the actress on the same day as the viral leak. Her boss (notably, also a woman) decides to play on the sex video news and changes Ria’s questions to spice things up and stir some controversy. Unwillingly, Ria asks Sandy: “Men have seen you naked, do you think they will respect you now?”

Kalki delivers a memorable performance of a woman who finds herself no longer at the top of her game. The same media outlets who in the past have elevated and praised her are now attempting to bring her down.

Viewers see her attempt to hold her calm, but as the questions become even more outrageous, she breaks protocol.

The emotional and mental strain of the interview soon become evident in both of their faces. The conversational ping-pong gives the scene a unique dimension. And Ria’s hesitance and fear are amazingly portrayed by Ritabhari Chakraborty. 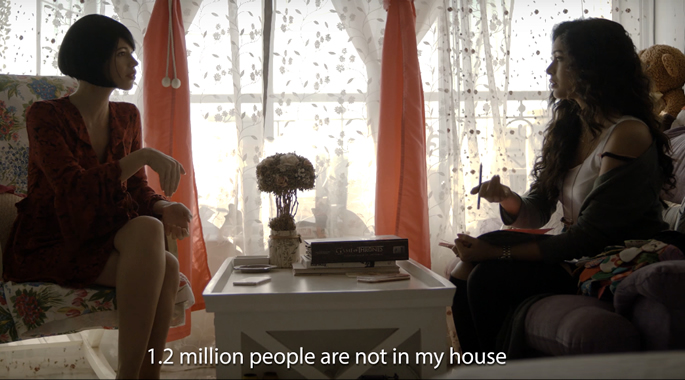 Torn between the right and wrong herself, Ritabhari rekindles depth and impeccability to Kalki’s performance. In the climax of the story, both the characters break away from their shells and express themselves a lot more freely and end their interview on a high note.

Naked scratches the surface of a rarely debated but frequent problem. What does it mean to trend online for the wrong reasons?

Viewers see how quickly rape, abuse and harassment can turn into a joke. And how Indian women can see their reputations dissolve in the blink of an eye.

It is also interesting to see how social media is ingrained in our lives. The ‘hot and trending’ become the buzz of the town and even the country. Even more astonishing is what makes the trending section and how it gets there.

News on politics and India bagging a gold in Olympics quickly fade away, but an actress or a soap star posting a selfie, or a leaked sex video will eclipse the trending section for weeks to come.

Naked also raises several pertinent themes of how the world views invasion of privacy; how journalists and the media report on such situations, sometimes sacrificing personal compunctions with an eye on the headline. To “encash on the controversy”, as Naked puts it. 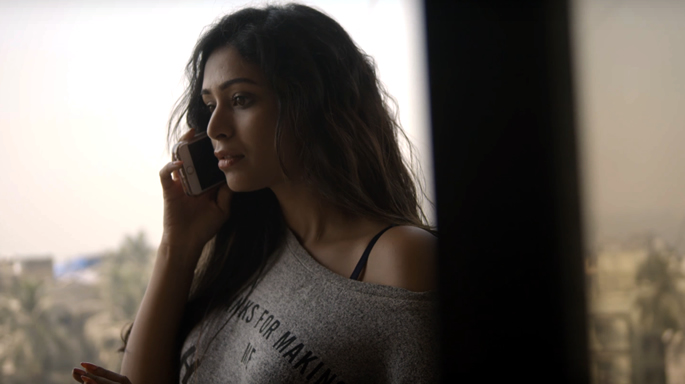 Women in films are often blamed for their progressive nature and appearance in front of the camera. Even accused of sensitive topics like rape and molestation for the way they dress.

Naked summarises the extreme stress that a woman can go through and their lack of power and standing in the public eye.

The film touches on how individuals hide behind computer screens and shame others without any consequences. It also raises feminist issues like slut shaming and power equations between the two genders, reclaiming public spaces.

Excellently thought out with a realistic story, Naked is honest and raw and holds up in your minds due to Kalki’s wonderful performance. You will genuinely feel for Sandy as she endures this dark phase by herself. At one point during the interview she says: “Frankly Ria at the moment, you are my best friend.”

Moments like these send a chill down your spine and show just how helpless we are in the face of social media. Stories are turned and twisted, and Kalki’s performance amplifies the message in Naked, leaving a lasting impression on viewers.

While Naked released on Women’s Day 2017, it has since garnered over 5.5 million views on YouTube. If you want to truly utilise 14 mins of your day, watching Naked will be worth every minute of your time. 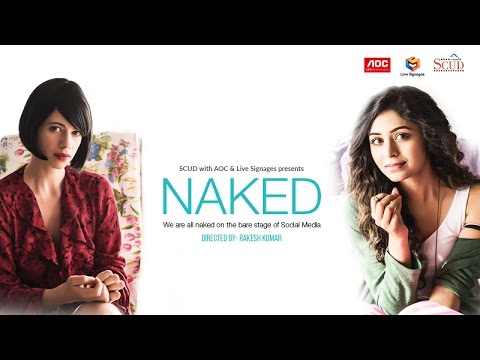 A passionate writer and a budding entrepreneur, Arshavin is a generic coffeeholic and insomniac who loves to work at night. His motto: "Make new friends, but keep the old; Those are silver, these are gold."
Padmavati cleared by UK and Rajputs vow to Stop It Abroad
Amir Khan fights Crocs, Camels, and Snakes in I’m A Celebrity Week 1