American singer Akon will kick off the World Soccer Stars event in April 2019. Akon sends a special message to the Pakistan PM ahead of his visit.

Music fans will see Akon, along with sports stars Luis Figo and Ricardo Kaka perform as part of the football legends event.

Akon will be performing concerts for his Pakistani fans in Karachi and Lahore from April 26 to 29, 2019.

Looking forward to Pakistan, the 45-year old known for the hit Smack That (2006) featuring Eminem went on Twiter to post a message for the country’s PM.

Sharing his thoughts through a shout out video prior to his arrival in Pakistan, Akon said:

“Yo, Imran Khan, It’s ya boy Akon, I’m looking forward to coming to Pakistan, are you ready for me.” 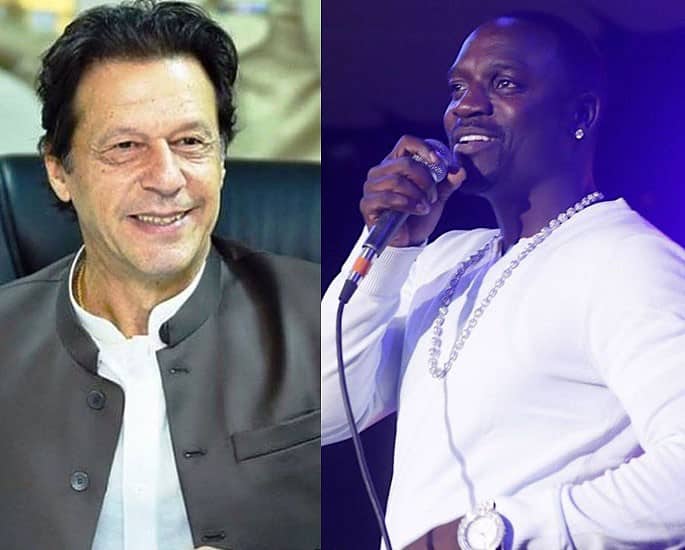 “Thanks @Akon for the amazing message for PM Pakistan @ImranKhanPTI

Thanks @Akon for the amazing message for PM Pakistan @ImranKhanPTI

“Thanks @akon for amazing message for Prime Minister Imran Khan

“Our doors are open for Celebrities from across globe, @ptiofficial Social Media Team welcomes renowned singer Akon to Land of Hospitality, days have come when we’ll have more International Celebrities visiting Pakistan”

Earlier Akon tweeted a message in relation to his visit:

“It’s time to rock Pakistan, I am looking forward to visiting Karachi and Lahore with TouchSky Group. So let’s get it down in Pakistan with World Soccer Stars.”

“Yes, you heard it right, Pakistan! AKON is coming to add great music to some amazing football.”

It seems Akon is not the only one hoping to see the former Pakistan cricket legend turned premier at the event.

“Dear @ImranKhanPTI, @Akon along with soccer rockstars @Kaka and @luisfigo is coming to
Pakistan as part of World Soccer Stars. We want our legend to be there too!”

The World Soccer Stars is a mega sporting event, which will see football stars such as Luis Figo and Ricardo Kaka grace Pakistan. 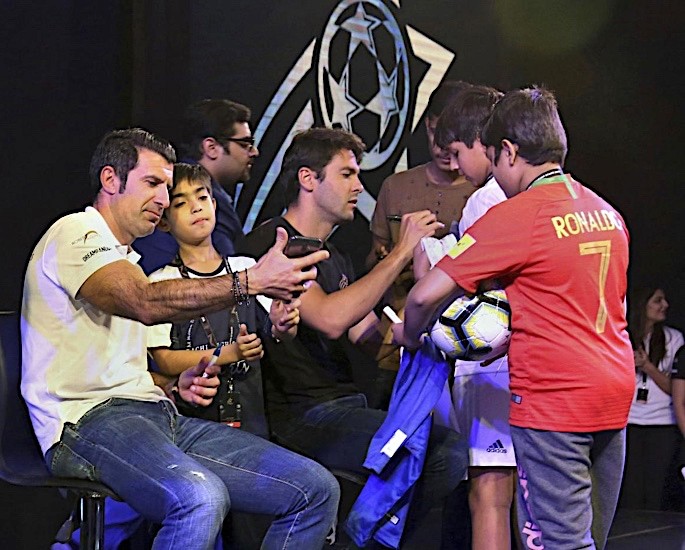 The Brazilian and Portuguese footballers also made a visit to Pakistan on January 10, 2019, to launch the event.

Accepting the fact that cricket was more popular in Pakistan, a confident Kaka was optimistic about football in the country:

“We know football is not the most popular sport here, it’s cricket right?”

“But I think the door is opening … to give these youngsters another opportunity not just for cricket but also for football.” 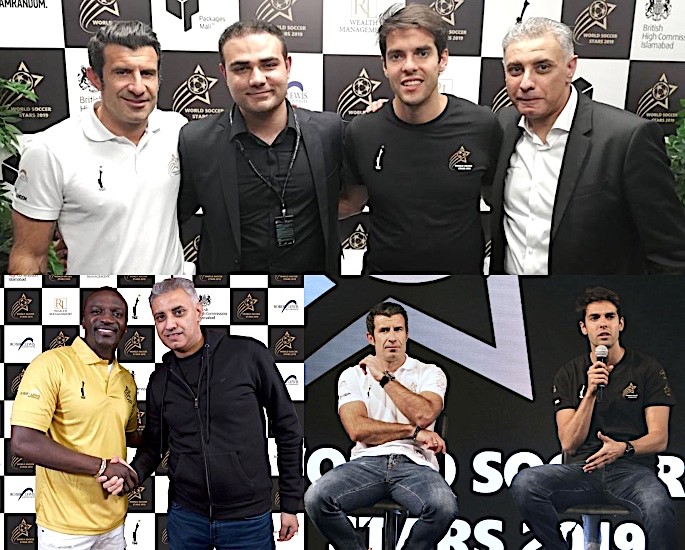 Touchsky Group, a private group from England are organisers of this event. Former government communications consultant to the cabinet office, Ahmer Kunwar heads the English based group.

With the World Soccer Stars event on the horizon, everyone awaits a potential rendezvous between Akon and the Prime Minister of Pakistan Imran Khan.

Fans of Akon can expect some electrifying music and hopefully some passionate football along the way.