Rajeev and Cathy celebrate their special day in a multicultural Indian wedding in NYC, with every magic moment captured by photographer Steven Young.

"It was great to see how their cultures flawlessly mixed."

Rajeev and Cathy met whilst working at the Flushing Hospital in Queens, USA, beginning as merely colleagues, then progressing to close friends.

Soon after the finals of the 2014 World Cup, the pair began dating.

They celebrated their relationship through marriage in the Big Apple at the gorgeous Vista Penthouse Ballroom and Sky Lounge in Long Island City.

The pair held a stunning ceremony and reception, all captured by the intricate photography of Steven Young.

However, the couple actually got married in private, and used this day as a way to celebrate with their family and friends. 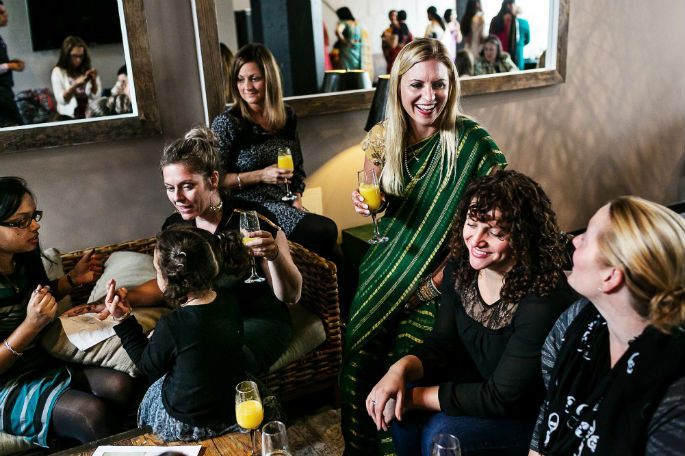 Following Indian tradition, Cathy had a Mehndi event in the morning, getting her hands and arms covered with henna tattoo.

The pair even kept to the tradition of the bride moving in to the groom’s family house after they became husband and wife.

In an exclusive interview with DESIblitz, photographer Steven Young comments on the traditional aspects of this wedding:

“My favourite part was seeing Cathy’s side of the family embrace and enjoy the Indian culture during the Mehndi party.

“It was great to see how both families got together while their cultures flawlessly mixed.”

Yet, some traditions or wedding rituals were abandoned. For example, the idea that the groom should not see the bride before the wedding was abolished, as the happy pair excitedly got ready together in the same room.

Steven says: “This wedding was unique, because Cathy and Rajeev got ready in the same suite. So it was interesting to be able to look over in one corner and see Cathy doing her makeup and then turn around and see Rajeev getting dressed surrounded by Cathy’s mom and family.”

As the happy pair live in Miami, Steven wanted their photographs to reflect the beauty and grandeur of New York City. 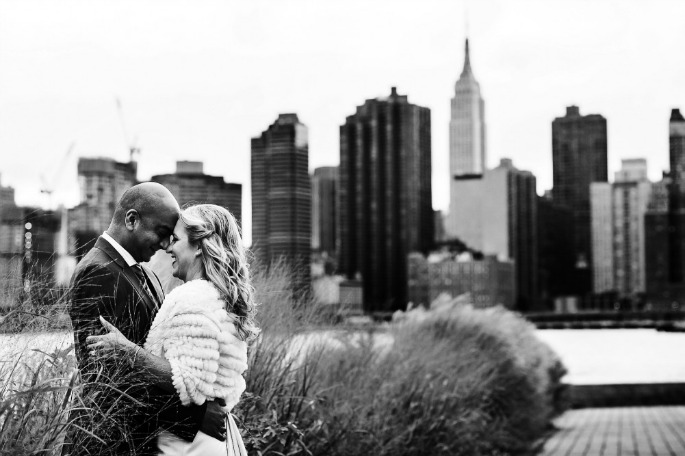 He expertly did this by photographing the pair next to water, in the Long Island City Park, with the exquisite New York skyline in the background.

When speaking to DESIblitz about the most challenging part of this shoot, Steven says:

“It was the chilly weather that day. Because it was cold, and windy by the water, we couldn’t stay out for too long, but thankfully we were still able to grab some really great photos with the scenery and NYC skyline.

The couple’s journey to marriage lasted a few days, having friends and family participate in ceremonies on the first day, an exciting road to the New York City on the second, and then the Mendhi brunch and beautiful reception on the Saturday night.

Commenting on the romance between the pair, Steven says: “Since I normally capture people who are utterly in love, I am pretty used to romance being in the air when at work.

“But there was something special about Raj and Cathy’s photo session. The way they looked at each other, hugged and kissed made this shoot flow seamlessly.” 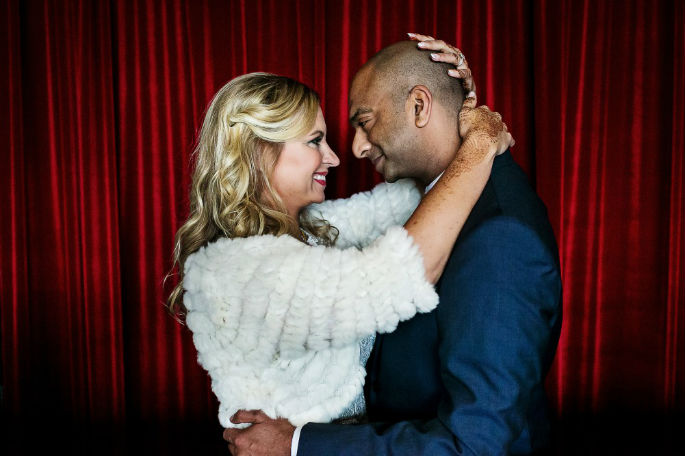 Steven talks of his busy schedule in 2016, when he will be shooting some weddings in New York again, and also Asia!

See our full gallery of Rajeev and Cathy’s wedding below: