Miss Pooja is Panjaban in the movie

After winning the hearts of Punjabi music lovers world-wide, Miss Pooja embarks on a her new career of acting. Her debut film ‘Panjaban’ a story about twin sisters living in today’s society and culture hits the screens May 28th 2010.

Miss Pooja makes her acting debut in a Punjabi film called ‘Panjaban’ – Love Rules Hearts’. She will be playing a double role of two twin sisters, ‘Gurjot’ known as ‘Jot’ and ‘Gurpreet’ known as ‘Preet.’ Starring opposite Miss Pooja and the sisters she plays, are love interests, Athar Habib who plays ‘Gurikk’ and Harish Verma who plays ‘Karan.’

Miss Pooja told DESIblitz.com in an exclusive interview that she was going to venture into films. And here is her first step into acting further to her tremendous singing career which has taken audiences by storm around the world. The film is directed by Gaurav Trehan, produced by Sandeep Shukla and music for the film is by Honey Singh. Miss Pooja has also sung songs for the movie alongside other singers, Roshan Prince, Raj Brar, Honey Singh and Baldev Kakri. Lyrics for the songs are penned by Raj Brar and Gaurav Trehan. 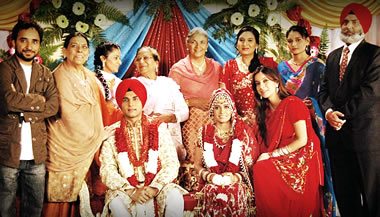 Panjaban is a story about two twin sisters belonging to a wealthy family in Punjab. The family has high social and cultural values, and the two sisters have different perspective on life and relations, which cause ups and downs in their lives and has an effect on the family. Both the sisters are very much Punjabi and adhere to the rich tradition and culture of Punjabis.

However, the encounter of love of the twin sisters catapults them into situations of conflict and grief with the elders, whom they respect highly. One of the twin sisters, Jot is a law student, and she battles with people and the system to set the record straight and proves to all that she is a true ‘Panjaban.’ 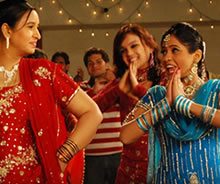 The movie is jointly presented by Leo One Production and Catrack Entertainment Limited and is is set in the backdrop of rural and urban Punjab. Param Veer Singh, managing director, Leo One Productions said, “The movie explores different shades of human relationships in context to present day life.” Director Gaurav Trehan said “The film is a different type,” and talking about Miss Pooja’s double role said, “She plays the characters of twin sisters Gurjot and Gurpreet. The story is based on conflict arising from clash of human values and cultural values and these characters rise above it. The plot has realistic approach with unpredictable situations that make it interesting and entertaining.”

As for Miss Pooja, she feels her characters portray youngsters in today’s time and highlight cultural values that are getting lost in today’s consumerist and upmarket lifestyles. When Miss Pooja was asked about her film debut, she attributes it all to her fans and said,

“Lately, I’d been getting a lot of enquiries from my fans on when will I join films, and so here I am.” 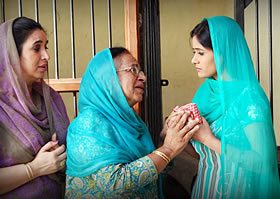 The film is set for cinema release on the 28th May 2010 and no doubt will attract many Miss Pooja fans worldwide to a theatre near them. DESIblitz.com wishes Miss Pooja all the very best with her first film.

Jas likes to keep in touch with the world of music and entertainment by writing about it. He does like hitting the gym too. His motto is 'The difference between the impossible and the possible lies in a person's determination.'
Brit Asia TV Music Awards Winners
Anoushka Shankar charms Birmingham