Indian singer Mika Singh has made a shocking claim that Kamaal R Khan is banned from India for committing property fraud.

"KRK admitted that he forged the signature"

He is also saying that property fraud is the reason for the ban.

Since Salman Khan filed a defamation case against KRK, Mika Singh and the latter have been at odds.

Now, Singh is claiming that India has banned KRK due to property fraud.

According to the singer, KRK is not allowed to enter India and must make an official announcement if he plans to return to the country.

“If this is not true, then KRK must step outside and claim it false, and make an official announcement as to when he is planning to return to India.

“I know this with security that KRK will not return to India because of two reasons – first, we have filed a case against KRK some year and a half ago.

“I have FIR copies with me. KRK committed a fraud with us.

“When we filed the FIR, KRK admitted that he forged the signature and ever since he has been absconding.”

Mika Singh also claimed that KRK has been served several court notices and is ignoring all of them.

He said that India has now banned him from the country and will arrest him if he returns.

“He has been served court notice on countless occasions, but he has been ignoring all of them.

“KRK cannot return to India now. He is absconding and has been banned in India.

“KRK was banned in Delhi and Mumbai earlier, now he is banned in entire India.”

“If he returns, he will get arrested.”

However, netizens are displeased with the song and are calling out Singh for his immaturity.

Commenting on the track, one user wrote:

“I am not expecting this type of video song from Mika Singh.”

Another said: “Mika has shown his standards by making this cheap song.

“Abusing KRK shows his frustration or enmity against him but abusing his father is really disrespectful and unacceptable especially when Mika is a public figure.

“Finally it is a non-melodious song… he should have used his energy to make a good melody.” 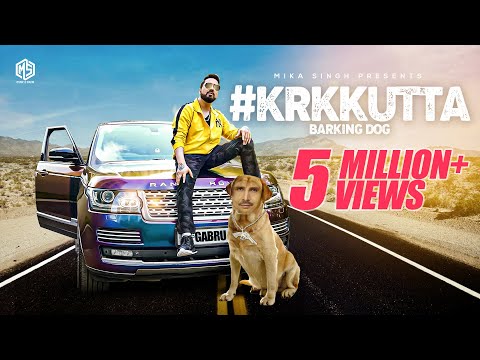