Man sentenced for Forcing Himself on Woman

A takeaway worker has been sentenced after he was found guilty of forcing himself on a lone woman in Greater Manchester.

“I am scared to walk anywhere."

A man has received a suspended sentence after he was found guilty of forcing himself on a woman.

The incident dates back to December 2018 in Oldham, Greater Manchester.

Twenty-three-year-old Javed Miah ambushed the woman on a street in Shaw as she was making her way home alone.

He then pulled her to the floor and began forcing himself on her.

The woman used the SOS function on her phone to call 999. Miah fled the scene after her phone made a loud beeping noise.

Miah ran down an alleyway to escape, but the police arrested him soon after.

Speaking to the police, the female victim said:

“Since the assault, I have not been able to leave the house or work.

“I do not know if he knows my route to work. I am scared to walk anywhere.

“I will have to rely on my friends or family to drive me to work out of fear.”

According to his lawyer, Saul Comish, the attack on the woman was “quite opportunistic”.

Facing a jail sentence, Miah began to plead to the court that he was “the sole earner” in his family as a takeaway worker.

“He is in employment at a takeaway where he works from 4 to 11 pm. He is married and is a father to a four-year-old child.

“If you feel a custodial sentence is required, he would lose his job and he the sole earner for his family, so this would have a significant impact.

“This incident was entirely out of character. He has a low risk of re-offending.” 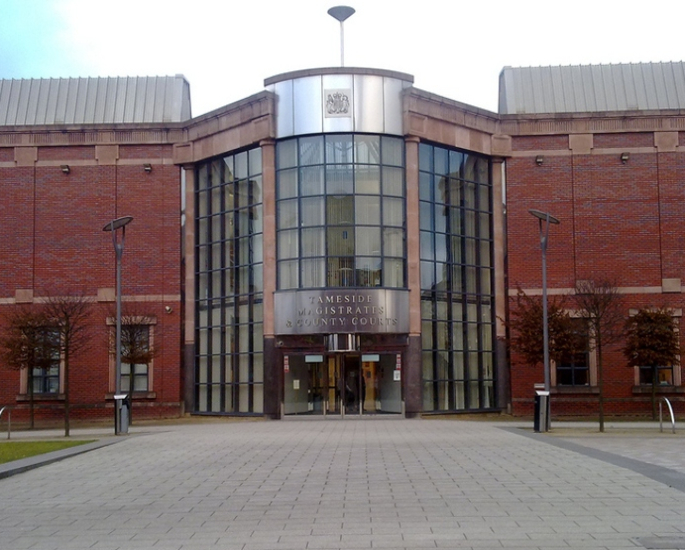 “She noticed there was a male walking behind her, and he bumped into her.

“Her right shoulder hurt and she lost her breath because of fear that she did not know what the defendant was going to do.”

According to Mr Conroy, Miah first asked the woman for the time. After she replied, he continued to follow her before groping her.

“She was shocked and frightened. She told him it was not right for him to do this.

“He had his arms around her chest and then the next thing she knew, she was on the floor on top of him.”

“She said ‘my mind froze, I was in total shock’. She managed to get out her mobile phone and use the SOS function to call 999.

“This let out a loud beeping sound and this forced him to instantly let go and run away down an alleyway.

“She had said nothing to him to warrant giving him any right of doing this.”

Instead of serving time in jail, Javed Miah has been sentenced to six months imprisonment, suspended for two years, and must complete 250 hours of unpaid work.

“This is a cowardly and sustained attack on a young woman late at night.”

Miah must also pay £213 in costs, and sign the Sex Offender Register for seven years.