A massive fire broke out in Aishwarya Rai Bachchan’s mother’s building. Both she and her husband Abhishek rushed to the scene, looking visibly upset.

It appears the couple rushed to the building as soon as they heard the news.

Aishwarya Rai Bachchan’s mother witnessed a harrowing situation after her apartment building suffered a major fire. Located in Bandra, Mumbai, the fire broke out roughly around the afternoon of 24th October 2017.

As of yet, it remains unknown as to how the fire began. But reports claim the La Mer building went ablaze on the 13th floor.

Aishwarya’s mother lives on the 12th floor; just below the blaze.

However, the event has proved a traumatic experience for the Bollywood star. Images have emerged of Aishwarya looking teary and visibly upset.

The Bollywood actress and her husband, Abhishek Bachchan, arrived at the scene. With a fire truck located in the background, it appears the couple rushed to the building as soon as they heard the news. 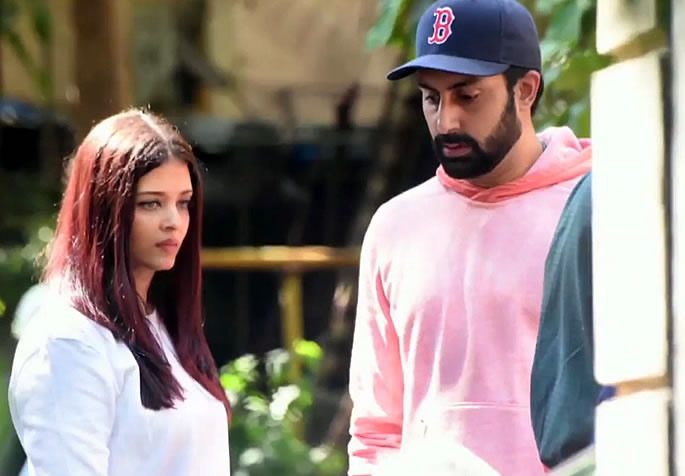 Some of the images also show Abhishek consoling his wife when they arrive at the location. As the fire broke out so close to her mother’s apartment, one can understand the worry and fear Aishwarya must have felt during the incident.

At times, the couple is joined by Aishwarya’s mother, meaning she was able to escape from the blaze. They also speak with firefighters on the scene about what had happened. Reports add that eight firefighters tended to the fire, with their arrival 45 minutes after it broke out.

Despite no firefighting systems inside the building, firefighters were able to control the flames and prevent it from spreading. 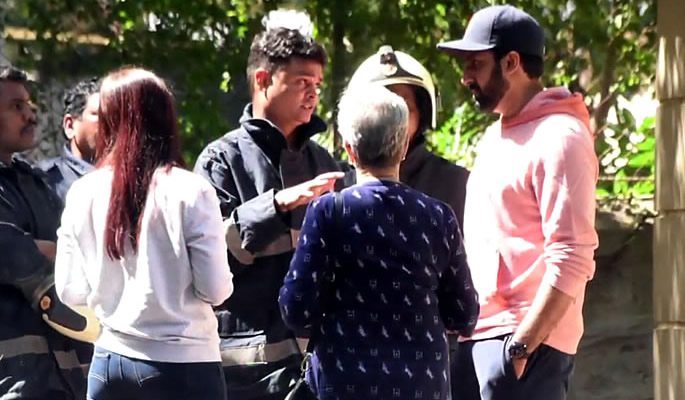 The actress’ parents have owned the apartment of this Mumbai building for years; even Aishwarya lived there before she married in 2007. Since her father’s death in March 2017, the starlet’s mother continues to live in the same flat.

Cricketing legend Sachin Tendulkar previously lived in this same building and still owns two of the apartments, located on the 10th and 11th floors.

Tendulkar’s in-laws actually live in the 10th-floor apartment and reports claim that the cricketer’s mother-in-law spoke with the actress and Abhishek on the alarming incident.

With the blaze tackled and reports so far reporting no casualties, we’re certain Aishwarya feels relieved that her mother is now safe.

Images courtesy of Times of India.