The Maharajah & The Kohinoor ~ The Play

The story of Maharajah Duleep Singh and the Kohinoor diamond is engrained in the history of both India and the British Empire. A play to educate children about the story has been created.

Duleep Singh was born on the 6th September 1838 in India. His father Maharaja Ranjit Singh (The Lion of the Punjab) died a year later in 1839 having secured the Sikh Empire and amongst its treasures the kohinoor (Koh-i-Noor) diamond.

He was wined and dined by the very rich and powerful of Europe, including Queen Victoria. His extravagant shooting parties, his penchant for lavish receptions and his dandy ways soon earned him a reputation amongst the locals of Scotland as the ‘Black Prince‘ of Perthshire. But this is no ordinary princely tale and nor is this story about an ordinary Prince.

This is the true and tragic story of Duleep Singh, the last Maharajah of Lahore and King of the Sikh Empire, depicted as a play, The Maharajah & The Kohinoor, targeted at children.

For one night only, on October 15th 2008, the play was featured as part of the innovate line-up at The Drum in Birmingham (UK) with the aim to educate those who do not know the story of Duleep Singh. 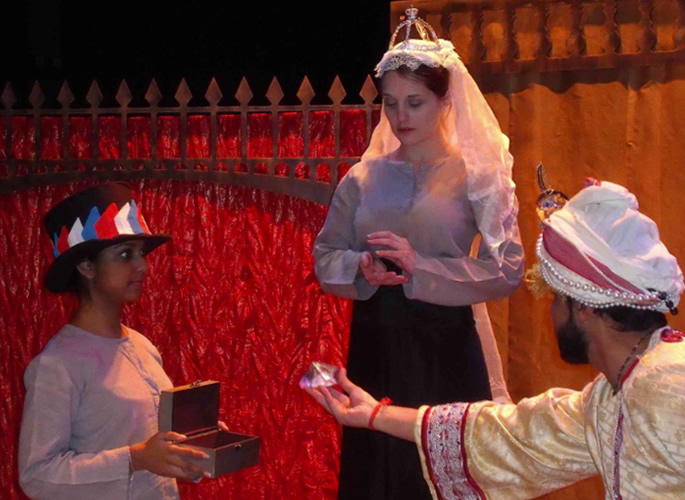 Five years after his father’s death, at the age of 6, Duleep Singh came to the throne of the Punjab but by now he had inherited a crumbling Empire. Within two years of his succession there came the First Anglo-Sikh war (1845-1846) which saw the defeat of The State of the Punjab and governance fell to the British Empire.

Battered and bruised, the weakened Sikh army found themselves in a battle with a stronger power. It was with the aftermath of the Second Anglo-Sikh war (1848-1849) and the subsequent annexation of the Sikh Empire that Duleep Singh was finally deposed from his throne by the East India Company.

Duleep Singh was only 11 and his story was about to take another turn.

His mother, Maharani Jindan Kaur, who had been appointed Regent alongside her infant child, Duleep Singh, found herself removed from Lahore (Punjab, India) and incarcerated in the Fort of Sheikhapura.

Duleep Singh was now separated from his mother and placed within the guardianship of Dr John Login. During his quasi-exile Duleep Singh was kept in isolation and as part of the British policy, at the time, Anglicised. 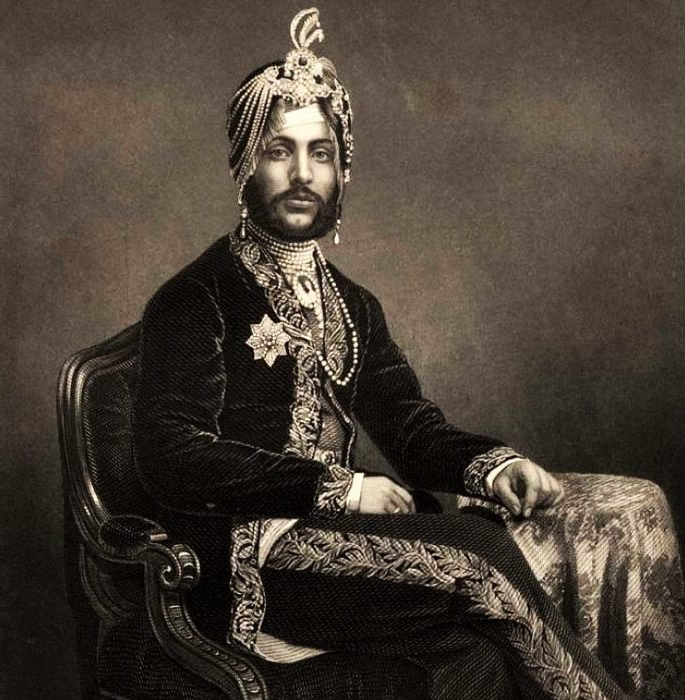 In 1853, Duleep Singh converted to Christianity. An act which even to this day is still seen as a controversial move on the part of young Prince. A year later, in 1854, he was sent to England and remained there in exile.

Once in England, the young Prince found himself immersed within the society of the English gentry and his royal status meant he soon came to the attention of Queen Victoria, who showed a fondness for the young and handsome Prince.

Duleep Singh enjoyed the warmth and hospitality of the intimate world of the royal family, even spending time with them at Osborne House.

But Duleep Singh longed for his mother with whom he was briefly reunited in 1860 only to lose her again three years later. It was during this time that the young Prince returned to his Sikh roots.

It was in 1863 with money given to him from the British Government that he purchased the Elveden Estate a few miles south of Thetford, Norfolk (UK).

He fell in love with Elveden and the area and restored the church, cottages and the school. He even transformed the run-down estate into an efficient game preserve and the house where he lived the life of a British aristocrat.

Although Duleep Singh and his family became established as one of the first Brit-Asian families, there still remained within Duleep Singh a restlessness. He still longed to return to India and the home he left in the Punjab.

It was under the strict surveillance of the British Government that Duleep Singh was allowed to return to India.

First in order to bring his mother back to England and then again in 1863 when he went to scatter her ashes. This would be the very last time he would visit India. He would never, again, see his beloved home of the Punjab. 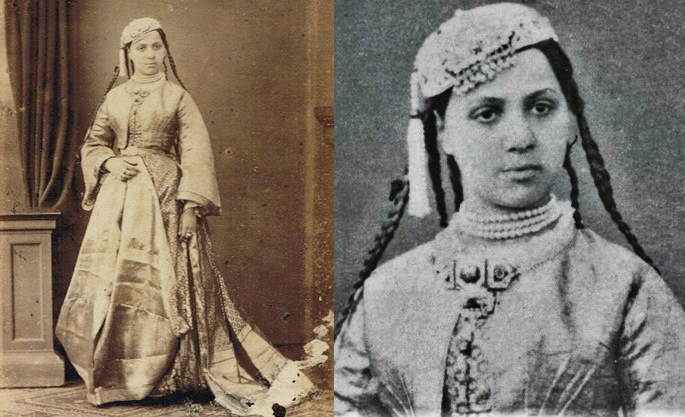 It was on his return journey from India that he met and married his first wife, Maharani Bamba Muller, on the 7th June 1864, with whom he had six children.

And although Duleep Singh irritated the British Government with his attempts to return to India, he was never successful in rallying support for his cause. He even travelled to Paris and sought the support of the Czar of Russia.

In the end Duleep Singh was left penniless and alone. He died on the 22nd October 1893, in Paris. His body was brought back to England and buried next to his wife in the church at Elveden.

A century would pass before the story of this extraordinary man would be brought back to life. As part of the Maharajah Duleep Singh Centenary Trust, first established in 1993, the centenary year of the death of Maharajah Duleep Singh, The Anglo Sikh Heritage Trail has developed an education play about his life.

The play, ‘The Maharajah & the Kohinoor’, is written by Hardial S Rai and is produced by zeroPlus Theatre. It touring schools in the UK. It is a TIE piece for Key Stages 2 and 3.

DESIBlitz was given an exclusive opportunity to speak with the director of the production, Harmege Singh Kalirai, and members of the cast of the play. 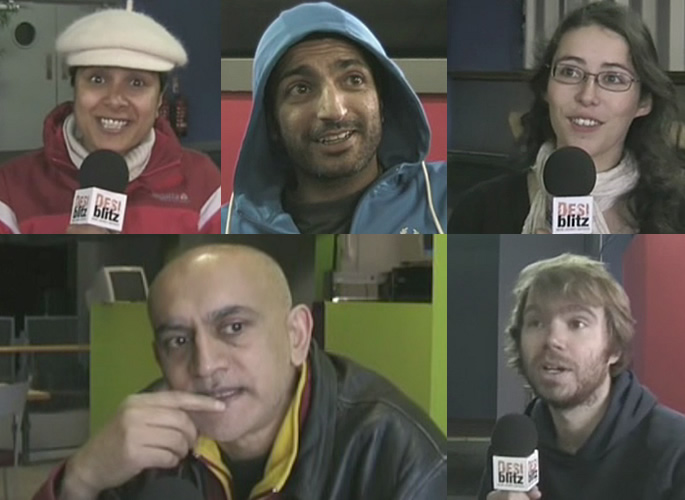 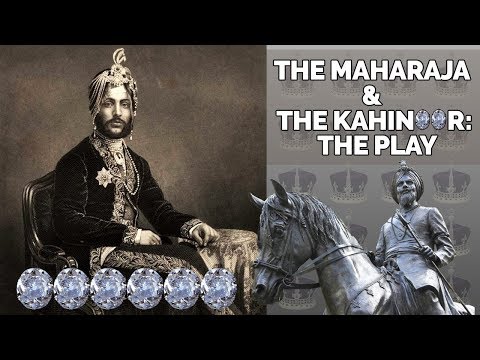 The performance and presentation of the play at the Drum was exceptional.

The actors played their characters very well and managed to keep the audience completely focused on the story for 55 minutes with no interval. There was a full house which showed that there is huge interest in this story.

The question time after the play which engaged the cast, director, writer and representation from the Anglo Sikh Heritage Trust with the audience, raised some very important issues related to the story and the future of how such history needs to be promoted to wider audiences.

The life of Duleep Singh remains one of the greatest hidden stories of both Indian and British history. He was one of the first Brit-Asian’s and so his struggles, his experiences and his legacy have much to teach us about who we choose to be.

This story of history is fascinating, interesting and vitally relevant in our modern day search for identity as British-Asians.

Scottish Academy of Asian Arts
Anish Kapoor at the RIBA