Lahore ‘Hitmen’ hired to Kill just for Thousands of Rupees

The reality for hitmen in Lahore is that they are paid whatever they can get. In most cases, they are hired to kill for just a few thousand rupees.

The life of a hitman is heavily romanticised within films but in Lahore, hitmen face a stark reality.

Amateurs will carry out a killing for someone with a personal vendetta for whatever they can get. In most cases, they are paid a few thousand rupees.

Hitmen in Lahore are part of organised crime groups similar to how it is in Western countries but there are also people willing to do anything. In Lahore, it is common for them to take a life for low sums of cash.

Within the city, hitmen are known as ‘shooters’, a term which became popular in gangster films originating in India.

News of how little it costs to have another person killed is worrying. A low-cost means it is easier for a person to have someone else killed. This indicates that the crime is more common.

It is also worrying from the perspective of the contract killer because in some cases, a person takes this path as they are desperate for money.

Some are promised a lucrative offer to carry out a killing only to be given a fraction of the original payment that was agreed.

Azhar was given Rs. 10,000 as advanced payment and carried out the killing. But he never heard from Mehboob who ended up keeping the rest of the agreed amount.

At the time of his arrest, Azhar revealed that he needed the money to pay for his sister’s wedding.

It is an extremely low amount given risk and implications involved. Not only are the costs low, but vulnerable and desperate individuals are being hired rather than the professionals depicted in films.

This is similar in Western countries like the UK where teenagers within gangs are paid a few hundred pounds to carry out a murder. They end up going through with it in a bid to impress more senior gang members.

Hitmen in the UK are also a far cry from what is portrayed on screen. While more money is offered, it is still not as much as you would expect, given the risks.

The amount is lower than expected but it is significantly more than what hitmen earn in Lahore.

“The dream of becoming rich overnight is pushing young people on the wrong path.”

He also blamed their parents for failing to spot the signs of their children going down the route.

“They never ask why their children are wearing a particular type of clothing or where they got their hands on a weapon.

“Where does the extra money originate from?”

SSP Kharak also said that the problem becomes worse when youths are sent to prison as they come into contact with serious criminals.

“He falls into bad company.

“If the suspect goes to jail for a minor crime, he is exposed to others who are in custody for heinous offences.”

As a result, they join organised crime groups, some as hitmen.

In one case, at Allama Iqbal Airport, an assassin was instructed to kill a man who was suspected of killing a peer.

The incident highlighted the violent nature of contract killing as the victim was shot multiple times in broad daylight in full view of innocent passengers.

The act of carrying out a killing in the open is similar to the practices in the UK as David Wilson, professor of criminology at Birmingham City University, said:

“Far from the media portrayal of hits being conducted inside smoky rooms, frequented by members of an organised crime gang, British hits were more usually carried out in the open, on pavements, sometimes the target was out walking their dog, or going shopping, with passersby watching on in horror.”

He added that hitmen are so common, a person doesn’t even need to go online, they could be in a local bar.

Professor Wilson said that most amateur hitmen are people who are desperate for a quick payday. However, there are professionals who have carried out so many murders but have never been caught.

He said that the ones whose names we don’t know are the ones we should be most worried about.

In Lahore, the motive for a person taking up the role is similar. SSP Asghar stated that a common factor is that they cannot find meaningful employment or are incapable of doing anything else.

“Many films also play a vital role in shaping their outlook as movies portray gangsters as heroes.”

It is unknown how many hitmen are there in Lahore but it is estimated that there are 20 small and large gangs operating as ‘shooters’. 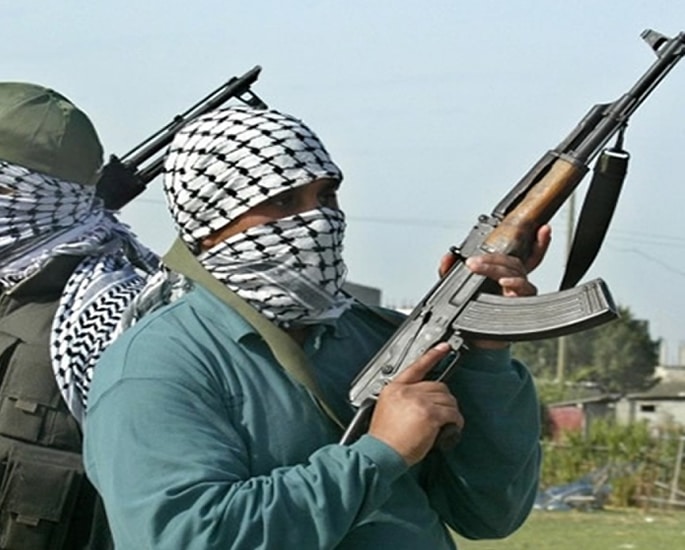 Law expert Syed Farhad Ali Shah told The Express Tribune that the clients usually get away due to a lack of evidence collected.

In Pakistan, a hit tends to be more successful as the gun laws allow for wide ownership of firearms.

According to Professor Wilson, in the UK, many hits are botched as amateurs cannot easily get hold of guns. Many have to rely on kitchen knives or blunt weapons like bats.

However, in both countries, professionals find a means of gaining access to more dangerous weapons to carry out their ‘job.’

The low cost in Lahore and in western countries like the UK is down to people willing to do anything for an instant payday.

If it means murdering someone for a person, then they are willing to take that risk.

In Lahore, the fee is usually a token which is why it is so small. The reality is that crime does not pay.

Images for illustration purposes only