Kickboxing – a Way of Life

Kickboxing is a both a sport and a great way to keep fit. For Kickboxer Parma, it is a way of life. DESIblitz met up with him at his club to find out more.

it makes him proud to see what his students have achieved

Kickboxing is said to originate in Thailand. This style of sport was born when a man called Osman Noguchi, who was a boxing promoter studied Muay Thai (Thai boxing) and combined a martial art which he named kickboxing.

This type of sport became one of the most popular in the world. For some kickboxing is just a hobby or casual sport but for one man it’s his life. Parma Birdy from Wolverhampton in the UK runs the ‘Freestyle Kickboxing’ FK-MMA club and has done so for the past 15 years. Making the sport his career.

The club welcomes people from the ages of 6 upwards to adults. All classes are mixed at the moment but future plans have it that ladies only classes will be available.

Parma started kickboxing at the tender age of 10 and ever since has continued his passion for the sport. His inspiration came from the one and only Bruce Lee.

He has become British Champion, British Team Champion and P.K.A (Professional Karate Association) Nationals Champion. He has trained with some of the best fighters in the UK and the world.

Some of the Sponsor companies which support Parma are Desilicious Djs, Ramus Porsche, Ison Chemicals, Sports Warehouse, just to mention a few. 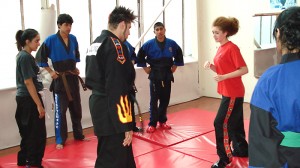 Parma’s other motive to encourage people to take up FK-MMA is because he believes that many youngsters are taking up drugs, drinking and getting into trouble and feels that taking up FK-MMA will not only focus their mind elsewhere but also give them an opportunity to set and achieve their goals in life.

For anyone who prefers private lessons, Parma offers one to one sessions, suitable to your needs.

Future plans for the feisty kickboxer will be to spend more time on his charitable work and to open a full time martial arts centre which will include a fitness centre and this will be open to male and female, all ages. 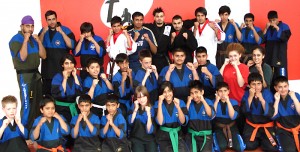 At present, classes run from Monday to Sunday except Fridays. Classes vary from mixed, adults to children classes. So, you too can get involved with kickboxing which is a fantastic to keep fit, burn calories and build strength.

For those of you who do not have time to visit the gym or just getting into an exercise regime, here are a list of top tips from Parma for a healthy and prosperous life:

Sandy likes to explore cultural areas of life. Her hobbies are reading, keeping fit, spending time with family and most of all writing. She is an easy going, down to earth person. Her motto in life is 'believe in yourself and you can achieve anything!'

Photos by Sandip Bains for DESIblitz.com. Click on the images to enlarge.