Are Asian Dating Sites the Way to Marry Now?

As changes in how people marry evolve we look at how Asian dating sites are becoming the popular way of finding a partner for British Asians.

The way British Asians are getting married in the 21st century has changed. With the emergence of Asian dating sites, it’s no longer about the middle person.

Marriage for British Asians from South Asian communities is a distinct part of their lifestyle and the onus to finding the right partner has shifted online.

Back in the day, most parents took on the responsibility to find a suitable match and engaged the services of a middle person (vichola).

But today it is very different.

So, we take a look at how Asian dating sites and apps have changed the way people are marrying within British Asian communities.

Age is Just a Number? 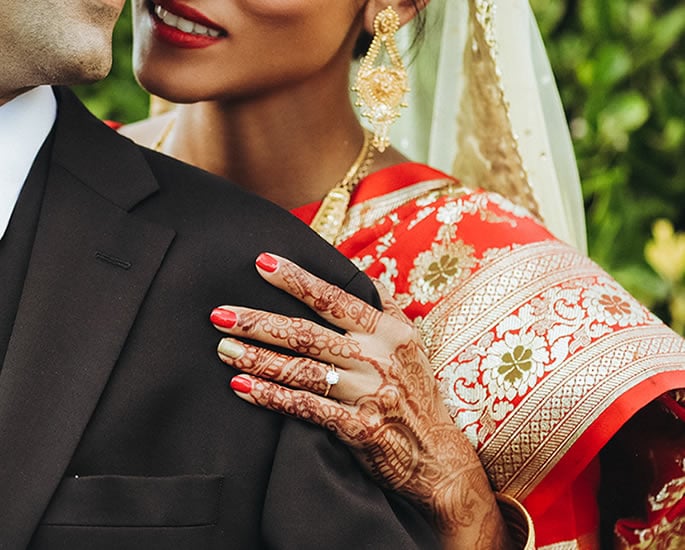 The stage of life at which couples are marrying has also changed. From the times when it was deemed right to marry in your early 20’s has now changed to much later on in life, as Priya from the AsianD8 team explains:

“The trends have really begun moving on in the last 5-10 years.

“Most notably the age at which British Asians are getting married at is a lot later.”

“Millennials are prioritising travelling, life experiences and career before settling down.

“This does not mean the desire to do is not there, it just comes later down the line.

“We’ve seen a recent spike on success stories from AsianD8 which to us tells us that couples are now completely open to meeting people through dating platforms such as ours.

“Plus we rarely hear about arranged marriages anymore as the next generation of South Asians society comes through.”

“My parents tried to find someone for me after I left university. But it just was not what I wanted.

“So, they eventually gave up and said it’s better I find someone when I am ready.

“Now, in my late 20’s I feel ready to settle down and online dating and apps are great at providing you with viable options.

“I’ve met a few guys using a dating app and am happy using it to find that right person for me.”

Getting married at a later age is something that AsianD8 have captured in their metrics says, Priya:

“We’ve actually seen our numbers remain quite steady but the types of groups within have changed. 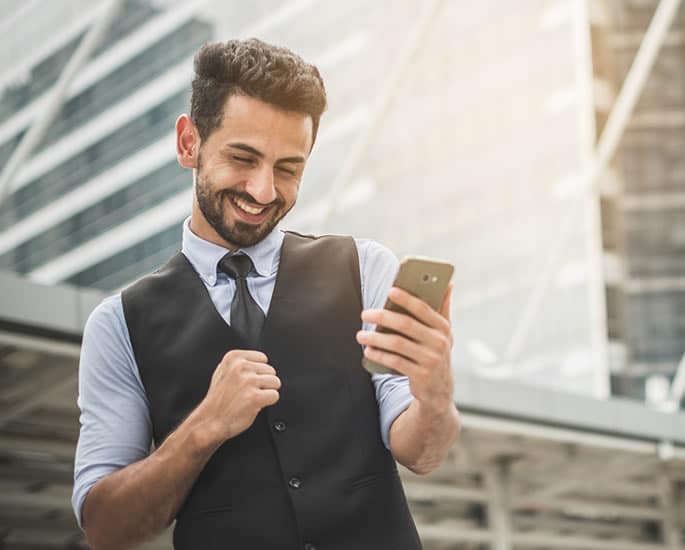 The British Asian industry for apps and sites is growing tremendously as more and more people want to find their relationships online.

“I’ve found dating apps easy to use and a quicker way to meet potential marriage partners.

“So, for me, it is about taking time to find that person to share my life and not getting rushed by family or a middle person”

The trust in dating apps is growing amongst British Asians compared to the past, Priya says:

“With how openly people use social media, it has inherently created more trust in dating apps too.

“Additionally, we are a paid platform so inherently we attract far more serious individuals and the payment itself serves as a form of verification too.

“We’re also one of the few platforms that allow members to upload ID so their profile can be rewarded with a verification badge which prospective members can see.” 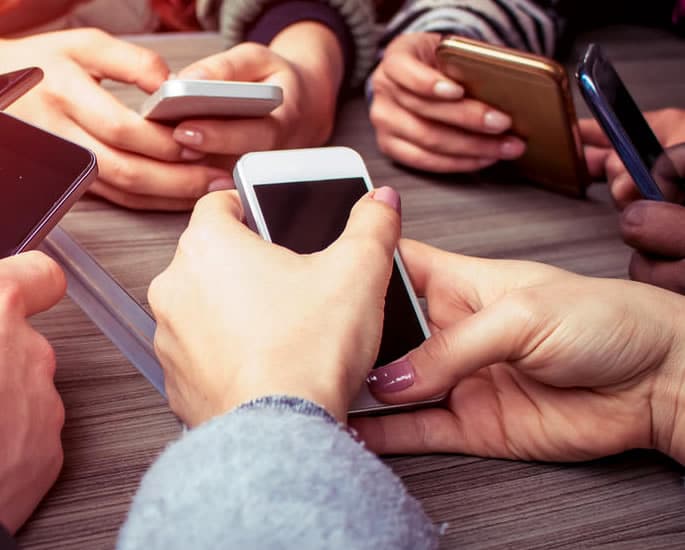 For some, using a dating app might not appeal due to its complexity on the outside but it can be said that once you get used to the interface, it really is not hard.

Your next relationship could simply be a swipe or a click away.

However, finding the right kind of Asian dating site or app for cultural needs is important, as Priya illustrates:

“It really depends on what sort of relationship you are looking for.

“If you are looking for casual meet-ups then there are plenty of mainstream apps around.

“However, it gets a little tougher when you are looking for something long term and have specific cultural requirements.

“Hence, why AsianD8 is here to help facilitate those needs.

“We do have people telling us they have met someone from AsianD8 on a weekly if not daily basis.”

You do not want to choose an app where people will waste your time if they are looking for casual dating or short term relationships.

So, what should a person look out for when choosing Asian dating sites or apps for marriage?

“Success stories are important as they provide a clear social proof of the service working.”

“Also, a company which holds events on a regular basis shows that there are real people in the background running the service.

“Finally, we’d say a service which actively vets all members signing up to maintain quality and safety standards.” 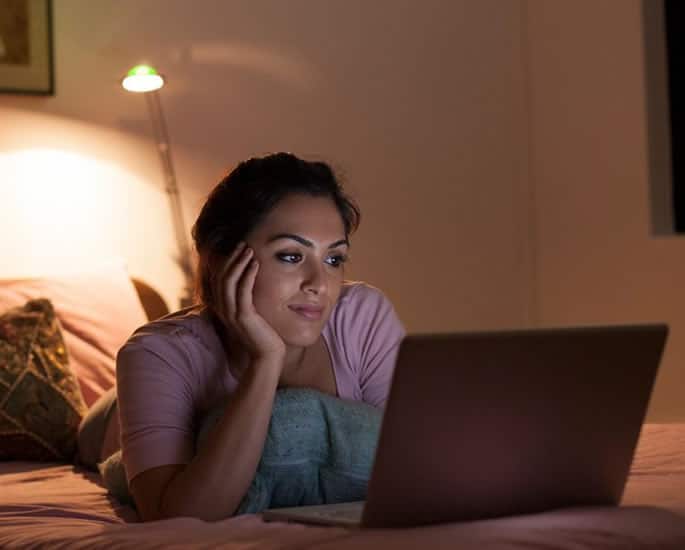 Once a viable dating app or site is found and used, it is then important to manage expectations.

Unless you are extremely lucky, finding the right person quickly should not be an objective.

Because marriage especially, should not be an impulsive decision but one which you make, when you really feel ready and it feels completely right.

High expectations too early from any Asian dating sites or apps can lead to disappointment but at the same time being over cautious can as well.

Be prepared for a ‘hit and miss’ culture when using Asian dating sites or apps, says Priya:

“No dating platform can ever guarantee results and unfortunately you will come across mismatches.

“However, we’ve seen from those that have met their partner online that a continuously positive and open-mindedness towards the process can lead to success.”

“I used a few Asian dating websites before I found my husband on one.

“I have to say that at the start, my expectations were very high. I was not very patient and thought the app would ‘just find me someone’ quickly.

“But after a few dates, I realised that expectations of the technology are to accept it is simply a service and it is you who decides what you really want.

“I had a few guys who were not serious about marriage and did mess me about. Those people the app cannot filter out. You will always get them.

“So, use your own judgement and experience, to know when you feel it is the right person. Because the app will not do that for you either.” 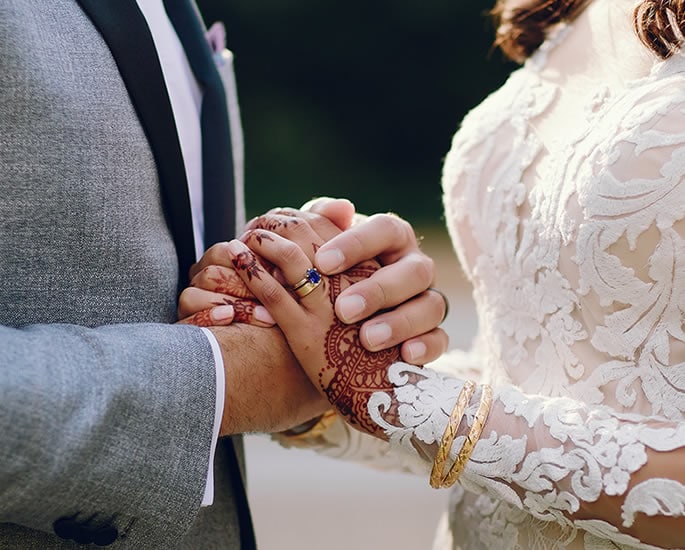 Asian dating sites and apps are only going to grow. Because as with any service the demand is increasing too as people get comfortable with technology.

Therefore, meeting your partner for marriage online is going to be no different from shopping online and not have a stigma attached to it.

Using them as a service to find someone is going to part of everyday life, Priya says:

“These services will become central to the way people meet.”

“As individuals become more time poor and prioritising marriage till later in life you can be sure that services like AsianD8 are not going anywhere soon.”

So, it is inevitable that Asian dating sites and apps will become far more centric to the way of life for British Asians to choose their partners for marriage.

With more traditional ways gradually eroding the use of technology is becoming the more obvious way to find a partner and marry.

Therefore, if you are looking to date and marry, then why not try a site like AsianD8, which is trusted and proven with its large membership and success stories – visit their dating site here.