Katrina Kaif asks Arjun Kapoor ‘did you lose something?’

Bollywood star Katrina Kaif has hilariously trolled Arjun Kapoor regarding a post on his Instagram while he wittingly responded to her sarcastic question.

“What happened did you lose something?”

Katrina Kaif and Arjun Kapoor are known to share a friendly relationship as they often make fun of each other on social media.

Their light-hearted friendship has been applauded by their fans who enjoy seeing their witty responses under each other’s post.

Recently, Arjun shared a dapper picture of himself on his Instagram account as he struck a pose for the camera.

In the picture, Arjun can be seen donning a denim jacket, grey t-shirt and sunglasses.

“What happened did you lose something?”

Arjun replied to Katrina’s funny comment saying, “I have lost your number! Please send it here.”

Katrina’s reply has garnered over 1000 likes as well as numerous comments.

Fans were quick to join in with Arjun’s answer and started asked the Bollywood beauty for her number.

One Instagram user said: “Katrina I want your number too.”

Other users also asked Arjun Kapoor for his number. One user said, “@arjunkapoor send me your number please.” 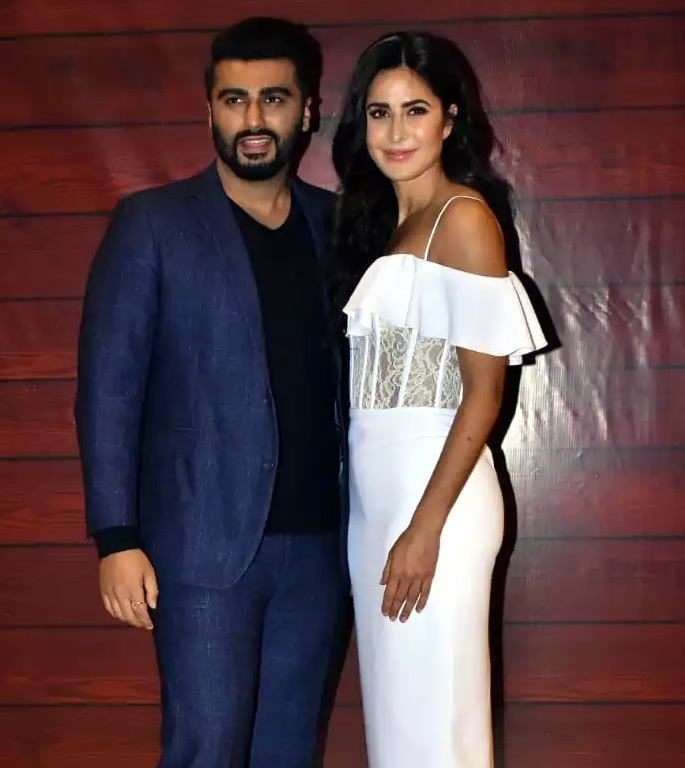 This was certainly not the first time Arjun and Katrina trolled each other on social media.

In 2019, Katrina celebrated her birthday with a trip to Mexico. She shared a stunning picture of herself and Arjun was quick to drop a comment. He said:

“You have gone especially for the photoshoot.”

On the work front, Katrina Kaif will be starring in Rohit Shetty’s Sooryavanshi (2020) opposite Akshay Kumar.

This will be the fourth instalment of Rohit Shetty’s police film franchise.

Singham’s Ajay Devgn and Simmba’s Ranveer Singh will also be seen making an appearance in the film in their avatars.

Despite the filming for the film being completed quite some time ago, the filmmakers pushed the release date back.

Reportedly, the film is scheduled to release in 2020, however, there has been no confirmation.

Undoubtedly, the funny camaraderie between Katrina and Arjun is a treat to their fans. As of yet, Katrina has not replied to Arjun’s hilarious request.

Ayesha is an English graduate with an aesthetic eye. Her fascination lies in sports, fashion and beauty. Also, she does not shy away from controversial subjects. Her motto is: “no two days are the same, that is what makes life worth living.”
20 Bollywood Films shot in London
Nick Jonas reacts to Age Gap with Priyanka Chopra