Bollywood actors Katrina Kaif and Vicky Kaushal have been rumoured to be dating for months now.

However, both of them have not only remained tight-lipped about the same and continuously kept themselves away from the public glare.

However, Katrina and Vicky have often been spotted together by onlookers and shutterbugs at important industry events.

And now, Katrina Kaif and Vicky Kaushal have reignited rumours by allegedly spending the New Year 2021 celebrations together.

Fans of the Bollywood couple nicknamed ‘Vickat’ have stormed Twitter after compiling clues from the duo’s several social media posts on the new year.

Bollywood’s beloved actress Katrina Kapoor shared some candid pictures of her vacation in Alibaug with her sister Isabelle Kaif.

The actress took to Instagram on January 1, 2020, to share some truly adorable pictures with her sister, and wished fans a happy new year.

The Bharat actress captioned the post: “365 days of happiness to everyone.”

In the photo, the Kaif sisters are surrounded by lush greenery, laughing and enjoying a good time.

Later, Isabelle even shared some pictures of the home they are staying at.

It has a bright blue pool with a seating area next to it, decorated with vibrant pillows. 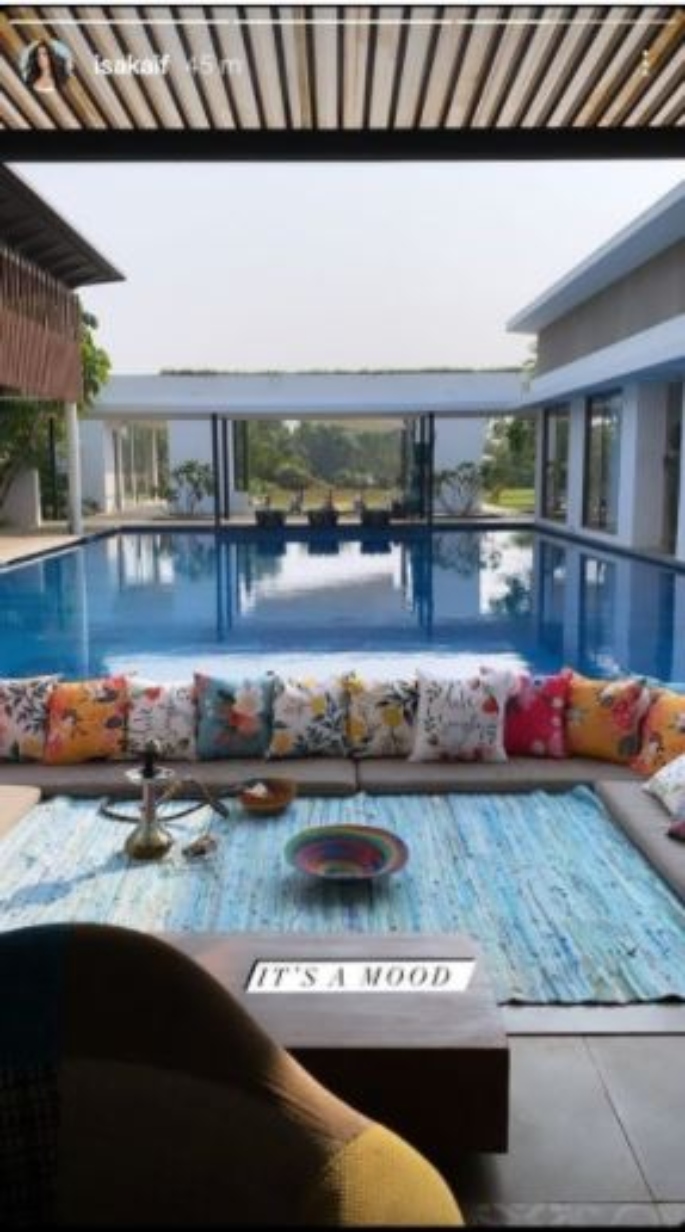 It just so happens, that Katrina Kaif’s rumoured boyfriend Vicky Kaushal also shared pictures with his brother from Alibaug.

On January 1, 2020, Vicky shared a picture with his brother Sunny Kaushal, posing against the same pool with the same orange pillows.

Fans were quick to join these clues together to ascertain that the two Bollywood stars had spent the new year celebrations in each others company.

All of the fans’ speculations were proven correct when Bollywood actress Katrina Kaif herself provided the biggest clue.

On January 2, 2020, Katrina shared a picture of Isabelle and another woman playing Sequence in their hoodies on an Instagram story.

Katrina remarked how it was ‘sweater weather’.

However, one could see in the reflection of the glass windows, Katrina and Vicky sitting side-by-side, opposite Isabelle. 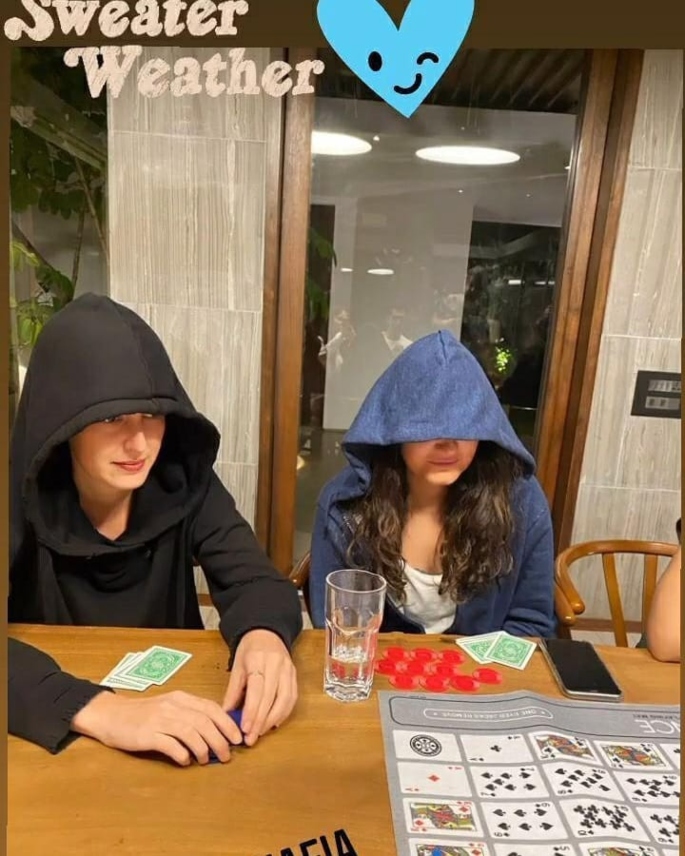 The new year’s speculations of the couple are trending on Twitter, with fans avidly discussing the new revelations.

So Katrina Vicky Isa and Sunny they all spent the New Years together ?? and we got no content ?
This is so unfair pic.twitter.com/wntZ23iqEK

Whereas, another Twitter user wrote: “We knew it you and kat were together but post a pic with her also.”

Rumours of Katrina and Vicky had gained momentum when the former was seen at Katrina’s Christmas party in 2020.

Putting aside their personal life, the duo is also being rumoured to star in an upcoming movie together.

As per rumours Katrina and Vicky will be seen together on the big screen in 2021, the movie will reportedly be produced by Ronnie Screwvala.

The unnamed project is rumoured to be an intense love story, possibly inspired by real-life and something along the lines of Kedarnath.

In the meantime, Indian fans of Katrina and Vicky will have to wait for further revelations on the alleged couple.

Akanksha is a media graduate, currently pursuing a postgraduate in Journalism. Her passions include current affairs and trends, TV and films, as well as travelling. Her life motto is 'Better an oops than a what if'.
Katrina Kaif gets Booed by Salman Khan Fan in Video
Preity Zinta signs Hrithik Roshan for Web Series?