“we are expecting our first child in December"

Saif told press that the happily wedded couple are expecting their first child together in December 2016:

“My wife and I would like to announce that we are expecting our first child in December,” Saif said.

Saif already has two children (Sara Ali Khan and Ibrahim Ali Khan) from his previous marriage to Amrita Singh, which ended in 2004.

This will be his third child after marrying Kareena Kapoor in 2012 in a grand Bollywood wedding. They were previously dating for five years.

The happy couple have been dodging press rumours about potential children for some time now. In June 2016, Kareena flatly denied any pregnancy gossip saying: “God willing hopefully. I am a woman. But right now there is nothing to say about it.”

She even joked with press, saying: “The fact that you all are talking about it is making me super excited. I have five hidden children in London!” 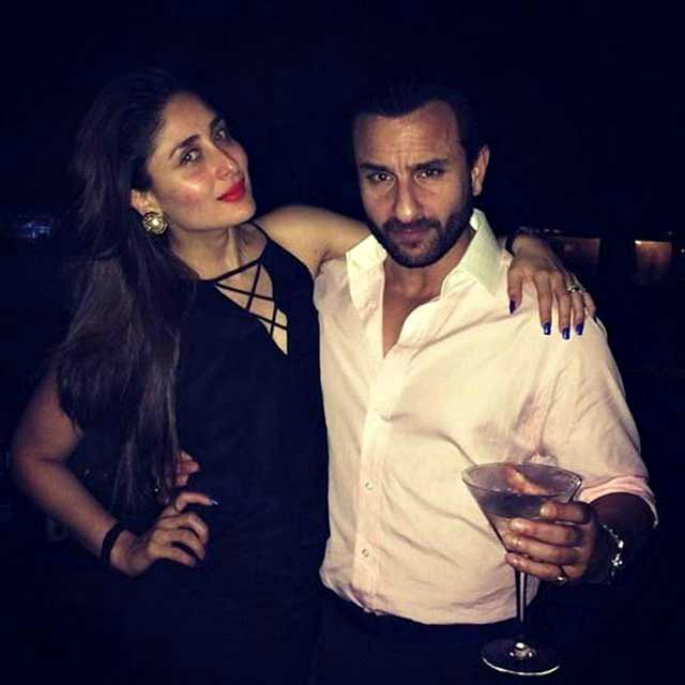 It is clear that it is not just Saifeena fans who are eager for pregnancy news. Even Kareena’s father, Randhir Kapoor addressed the rumours, saying: “Well, they have not told me yet, so I have no clue. But I hope it is true. It is high time that they had a baby.”

Despite denying the pregnancy rumours for many months, Kareena expressed her wish of starting her own family with husband Saif.

Just recently, she told Vogue India that her priorities were different to other Bollywood actresses like Priyanka Chopra and Deepika Padukone who are making their mark on Hollywood:

“My priorities are very different. I think it’s amazing what Priyanka has done. But I don’t think I could ever do something like that,” Kareena admitted.

“I want to be a married working woman. My responsibilities are a lot more different than theirs. I have a husband, I would like to start a family.”

With her 2016 films, Ki and Ka and Udta Punjab out of the way, Kareena only has one more project for 2016, Veerey Di Wedding, which co-stars Sonam Kapoor.

Reports suggest that Kareena has asked that filming be completed by September, as she will be entering her second trimester and her baby bump will begin to show.

It is thought that the actress will now opt out of Golmaal 4 with Ajay Devgn and Rohit Shetty.

The baby news is certain to have the Khan-Kapoor clan excited, and December cannot arrive soon enough. The couple were recently spotted holidaying in London where they were enjoying walking around the streets of the city together.

After confirming his wife’s pregnancy, Saif told the press: “We would like to thank our well wishers for their blessings and support and also the press for their discretion and patience.”

Congratulations to the happy couple!

Aisha is an editor and a creative writer. Her passions include music, theatre, art and reading. Her motto is “Life is too short, so eat dessert first!”
South Indian International Movie Awards 2016 Winners
Salman and Shahrukh together on Bikes in Mumbai