Bollywood beauty Kareena Kapoor transforms into a power woman on the July 2016 cover for Vogue India, and talks about starting a family.

“We are thinking about a blog that addresses women and their problems.”

Bebo is all about girl power. Besides looking as fierce as a lioness on the cover shoot, she reveals an exciting women-focused project:

“We are thinking about a blog that addresses women and their problems in terms of food and exercise, pregnancy, menopause… so many different topics.

“We have been talking about launching a portal where we will be addressing women’s issues.

“There are a lot of exciting things I would love to do with [nutritionist Rujuta Diwekar], because we work so amazingly well together.” 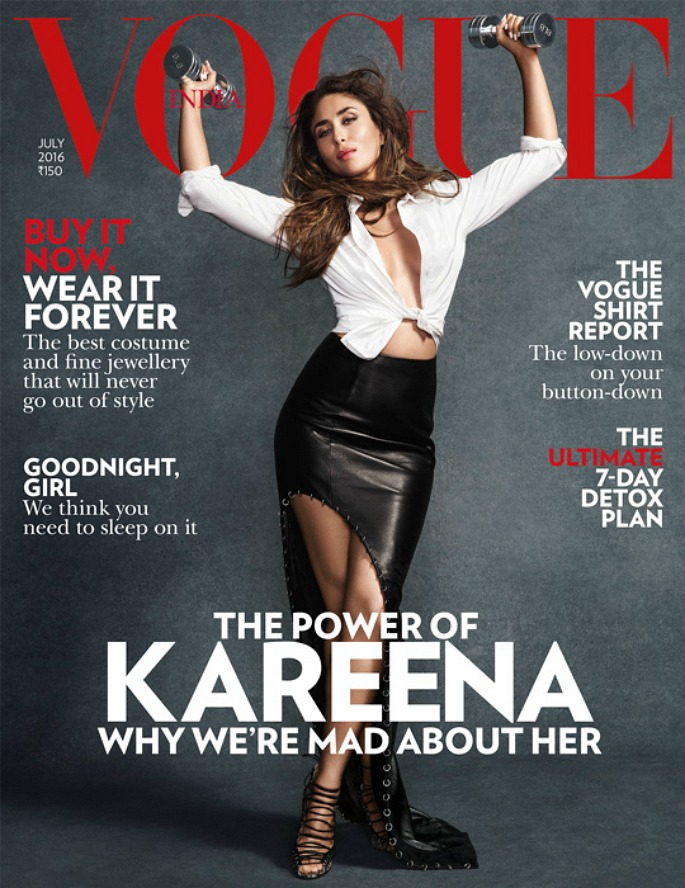 Standing tall in her Jimmy Choo stilettos whilst lifting a pair of dumbbells, you may think Bebo wants to conquer the world.

She does – in a different kind of world, one where she can include her husband Saif Ali Khan and some little Khans of their own.

Kareena says: “I think it’s amazing what Priyanka [Chopra] has done. But I don’t think I could ever do something like that.

“I want to be a married working woman. My responsibilities are a lot more different than hers. I have a husband, I would like to start a family.

“I don’t want to conquer the world but I don’t mind having a little place of my own. It’s as simple as that.”

Fashion is another world where the 35-year-old actress has come into her own over the years.

Since her size zero debut in the film Tashan (2008), Bebo has floored us with numerous gorgeous catwalk appearances and stylish high fashion photoshoots.

With this latest cover for Vogue India, the Udta Punjab (2016) actress is well on her way to becoming one of Bollywood’s finest fashion icons. 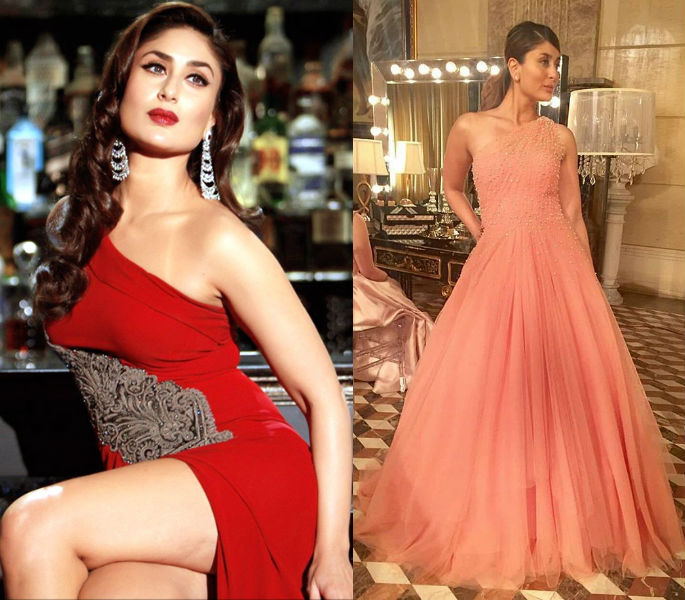 So what’s next for Bebo? Rhea Kapoor-produced Veera Di Wedding has reportedly cast her in the lead role.

The actress is excited about what’s been dubbed as ‘India’s first chick flick’, saying: “It’s about four girls, four friends, who come together for my (character’s) wedding.

“It’s really interesting and fun. You watch it all the time in the west, but nobody really has the courage to really make a chick flick here.”