Kareena Kapoor reacts to Trolls slamming Her as Working Mum

Bollywood actress Kareena Kapoor Khan has wittingly hit back at trolls who constantly demean her for being a working mother.

"Nobody knows my equation with him.”

Superwoman Kareena Kapoor Khan who is a doting mother of one to Taimur Ali Khan condemns those that have mum shamed her.

Powerhouse couple, Kareena and Saif Ali Khan are dedicated parents and there is no denying Taimur is loved by everyone.

The media is always on the hunt to capture glimpses of the adorable child. There are also hundreds of fan pages devoted to Taimur, more than his parents.

Even though constantly being hounded by paparazzi is a way of life for both Kareena Kapoor and Saif Ali Khan, Taimur can sometimes feel disturbed by it.

Recently, Kareena revealed how Taimur has learned to say “no pictures please.”

Alongside being a mother Kareena is a working woman. She is one of Bollywood’s finest actresses.

According to a recent interaction with Pinkvilla, Kareena Kapoor disclosed that she suffers from being constantly criticised for being a working mother. She said:

“I shouldn’t get married, I shouldn’t become a mother. Even comments today, they are like, ‘oh, why is she working?

“I mean who does all this and who says all this? Nobody knows my equation with him.” 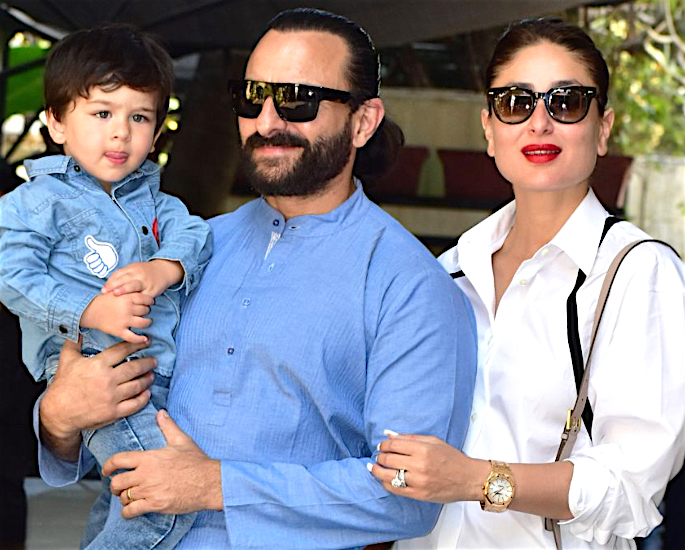 Kareena continued to mention that she wants Taimur to understand that his parents have worked hard to give him a good life.

She also went on to state how this will be possible when Taimur sees that his mother is a working woman. This will increase his respect for women. Kareena explained:

“I think as a working woman if my child knows his mother is a working woman, his respect for women will grow tenfold. I want to make a man of him, I want him to know that.

“He should know both his parents have worked really hard to give him a life and he should respect that.”

On the work front, Kareena is set to appear in Good Newwz alongside Akshay Kumar, Diljit Dosanjh and Kiara Advani.

The respective couples pursue parenthood via IVF. As a result of their same surnames, the sperms get mixed up. This leads to comical chaos.

The romantic comedy film is due to hit the big screen on December 27, 2019.

We look forward to seeing Kareena Kapoor on the big screen again. We champion her efforts to teach her son the value of working women.

Ayesha is an English graduate with an aesthetic eye. Her fascination lies in sports, fashion and beauty. Also, she does not shy away from controversial subjects. Her motto is: “no two days are the same, that is what makes life worth living.”
Is Emraan Hashmi the Victim or Suspect in ‘The Body’?
Priyanka Chopra reveals How Hollywood was Never Easy