India’s legendary writer, Jayakanthan, was a master of Tamil literature. DESIblitz looks back on his life, works and his legacy.

He was a fearless writer who bowed down to nothing but justice.

Fondly known as JK, Jayakanthan was one of the best writers Indian literature will ever see.

A writer for more than five decades and probably one of the greatest post-independence Indian writers, JK was definitely among the world’s best creative intellectuals.

A school dropout at the tender age of 8, JK was considered a problem child.

Deserting home for a long journey towards Madras from the rural village of Cuddalore, he joined the Communist Party of India.

He got a chance to immerse himself into the ocean of books relating to world literature, culture, politics, economics and journalism.

It was during this time, Jayakanthan started writing on the encouragement of the leaders in the party. Jayakanthan’s writings drew sustenance from the marginalised and underprivileged sects of the Indian society.

He had composed around 40 novels, 200 short stories, and two autobiographical notes. 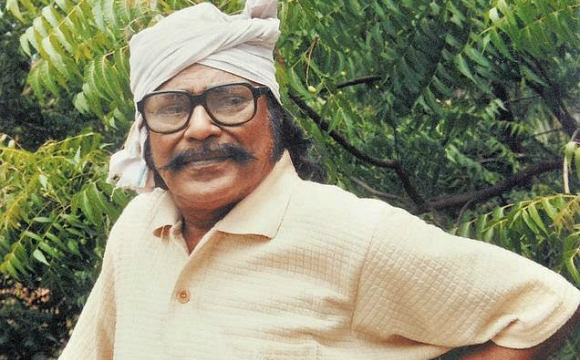 In his stories and novels, he addresses the untold struggles of the middle class and the side-lined community. JK is also well known for penning controversial and taboo themes not openly discussed in conservative society.

His writing style is incredibly unpretentious yet intensely dense. JK’s works speak to the heart, criticise, and question the social order and inequality prevailing.

He was a fearless writer who bowed down to nothing but justice.

Jayakanthan’s writings were able to create mayhem and zeal among readers when on print. He made readers contemplate beyond the boundaries.

Literary critiques distinguishes ‘Jayakanthan phase’ of Tamil literature as a separate segment, in which works of writers were influenced by JK’s writings. Writer and Editor, Vasanthi, writes:

“Soon he was to overpower the literary scene of Tamil Nadu literally like a storm with short stories that revealed a deep and sensitive understanding of the downtrodden. 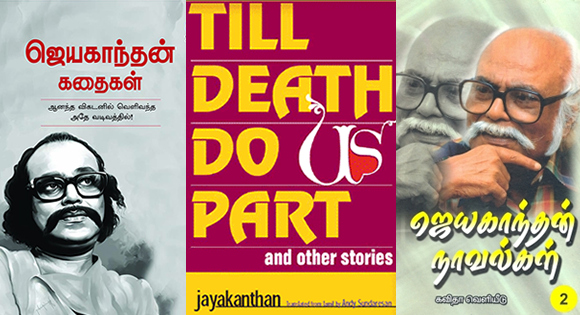 “For the first time here was a writer who did not just portray their misery but found in the lives of rickshaw pullers, prostitutes, rowdies, pickpockets and cigarette-butt scavengers, a flaming passion, a liveliness, and truth.”

His prefaces are exceptionally illustrative, thus certain Tamil literary experts claim that JK’s forewords to his works can be classified as a discrete genre of literature.

“Not only the oceans and rivers are complete, each drop of water is whole. Hence, the world not only means continents and countries but each man is a world himself.”

His work, Sila Nerangalil Sila Manithargal (Some People at Some Instances) won the Sahitya Akademi Award for the ‘Best Novel’ in 1972.

Sila Nerangalil Sila Manithargal portrays Ganga, a college student from an orthodox family, who has a sexual encounter with a stranger who offers her lift on a rainy day. She confesses her mother about what happened, and calls it a rape.

Overhearing this, Ganga’s brother, disowns and evicts her from the house. Later she becomes attached to another stranger who happened to be the same person who Ganga had sexual encounter years back on that fateful day. 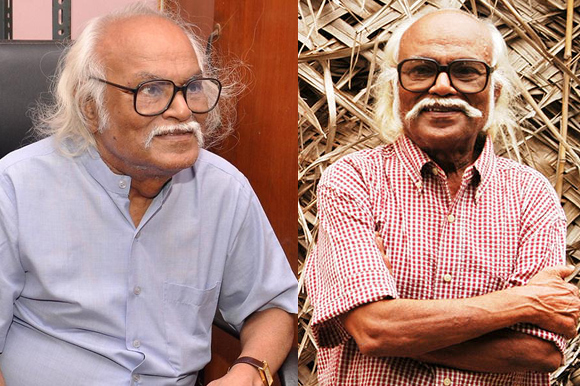 The revelation brings Ganga closer to Prabhu and the friendship matures into love. Since Prabhu is a married man, the novel depicts the struggles faced by the couple in a conservative society.

The idols in Jayakanthan’s novels and short stories are not sophisticated and classy, but they are downgraded people such as rickshaw-pullers, prostitutes and cooly workers.

Jayakanthan says in Ninaithu Parkiren, his autobiography, that he dwelt among the detested and deprived people for a large part of his youth.

The novel, Oru Nadigai Nadagam Parkiral, which is translates to English as Once An Actress offers atypical insights into the core of the human mind. It is an insightful drawing of the battle between a sentimental man and an independent woman.

Once An Actress is about an intense interplay of emotions in a relationship, interrupted by chauvinism, separation and eventual reunion.

An intellectual columnist, Ranga is a sensitive person struggling to overcome his ultra-conventional upbringing. For an actress brought up on mainstream theatre, Kalyani is a skilled artist of rare wisdom. 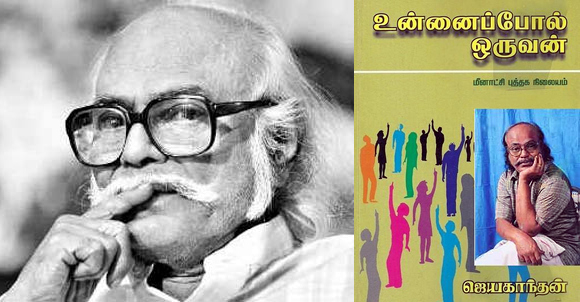 Ranga’s chauvinistic narrow-mindedness, leads him to strive for separation from Kalyani. The ultimate reunion with a now disabled Kalyani is a moving conclusion.

Jayakanthan also translated Captain’s Daughter – a historical novel by the Russian writer Alexander Pushkin into Tamil. Many of JK’s short stories were translated into all Indian languages, Russian and English.

Jayakanthan was honoured by the ‘Soviet Land Nehru Award’ in 1978, and Jnanpith Award in 2002, which are the two most prestigious literary honours in India.

Jayakanthan passed away on April 8, 2015, at the age of 81 leaving a diamond mine to the world of literature. Bonds of death cannot hold JK’s legacy and he still lives in thousands of hearts across the world.

Shameela is a creative journalist, researcher and published author from Sri Lanka. holding a Masters in Journalism and a Masters in Sociology, she's reading for her MPhil. An aficionado of Arts and Literature, she loves Rumi's quote “Stop acting so small. You are the universe in ecstatic motion.”
5 Best Poems of Allama Iqbal
New UK Passport features artist Anish Kapoor