Jafar Ali was imprisoned after inflicting a single punch, which proved to be fatal, on a disabled man outside a takeaway in Rochdale.

Jafar Ali, aged 20, of Rochdale, was jailed for four-and-a-half years on Tuesday, October 30, 2018, at Manchester Minshull Street Crown Court after being found guilty of manslaughter.

The Court heard that Ali punched 59-year-old Keith Maden following a row outside a takeaway on Thursday, September 2017.

Ali and his friends had been in Rochdale town centre and went to Dixy Chicken on Reed Street to get some food.

While waiting for their food to be cooked, Mr Maden approached the takeaway from a nearby pub.

He was trying to get inside the building but was blocked from entering by Ali, then 19, and a friend.

A row then began when Mr Maden asked Ali to move out of the way, who then replied:

Mr Maden said that Ali had an “attitude problem” before Ali punched him in the face.

The victim, who had been left disabled after suffering a stroke, fell and hit his head on the road.

As the man laid motionless on the floor, Ali shouted, “You deserved that” before fleeing down Yorkshire Street.

Mr Maden was taken to the hospital, where he sadly died a short while later.

Police stated that Ali was “unsurprised” when they arrested him the next day. He told them that he was going to hand himself in.

CCTV footage captured the incident which was shown in Court.

Alaric Bassano, prosecuting said: “Mr Maden approached but his entry inside the restaurant was blocked by the defendant and his friend standing in the doorway.”

“Within a short space of time, Mr Maden and the defendant began to argue face to face at the doorway.”

“Both became angry and exchanged heated words, telling each other to f**k off.”

“Ali pulled back his right hand and unleashing a forceful swinging punch to the left-hand side of Mr Maden’s jaw, causing him to immediately fall backwards, without breaking his fall, striking his head on the ground and rendering him unconscious.”

Passing sentence, Judge John Potter told the defendant: “The blow you struck was sudden and clearly unexpected by those standing in your group nearby.”

“One of them immediately stood by you said she was shocked by what she had seen and it’s clear witnesses standing next to you viewed your actions as “very wrong”.

“I am sure you stood by or near to Mr Maden and shouted at him “you deserve that” in the direction of where he lay.”

“This was not self-defence, there simply can be no excuse whatsoever for your actions as you now realise.”

Jafar Ali was sentenced to four-and-a-half years in prison.

After the sentence, senior investigating officer Duncan Thorpe said he hoped Mr Maden’s family could “take some comfort” from knowing Ali was behind bars.

He said: “In just a few seconds, Ali took a complete stranger away from the people who love him the most.”

Here is an ITV news report showing the footage of the attack, prior to Jafar’s sentencing: 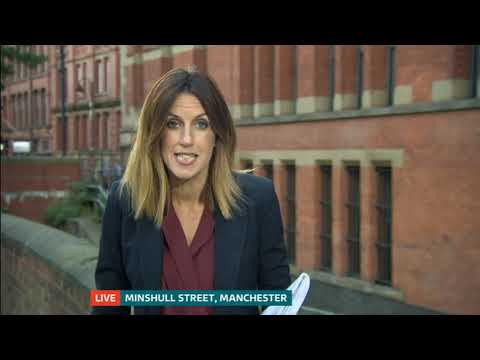 Dhiren is a journalism graduate with a passion for gaming, watching films and sports. He also enjoys cooking from time to time. His motto is to “Live life one day at a time.”
Asian Sex Abuse Gangs: Over 420 Rotherham Suspects to be Investigated
Luton Gang jailed for Smuggling Cocaine worth £5 million