A 24-year-old man from Leicester has been jailed for killing the father of his best friend following an altercation between the pair.

"He had some sort of respiratory and cardiac seizure."

Yashvant Pranlal, aged 24, of Spinney Hills, Leicester, was jailed for four years and six months for killing the father of his best friend during a skirmish in the city.

Leicester Crown Court heard he pushed 50-year-old Jentilal Deugi to the ground, causing him to suffer a heart attack which cut off his oxygen supply, resulting in a fatal brain injury.

Nadia Silver, prosecuting, explained that Mr Deugi was unhappy about his son, Sanjay Jentilal, staying for a week at Pranlal’s family home.

Mr Deugi was shouting and threatening to call the police because the family were keeping his son. He left, but that afternoon, Pranlal, in Sanjay’s presence, phoned Mr Deugi.

At 3:30 pm, Pranlal arrived in Redcar Road, near Mr Deugi’s flat. Pranlal’s brother and four other men were also present.

Mr Deugi approached the group, appearing intoxicated and staggering slightly. It was later revealed he had drunk more than double the equivalent of the drink-drive limit.

Miss Silver said: “Mr Deugi was arguing with his son and hit out at him.

“Pranlal’s first contact was to hold Mr Deugi’s arms to prevent him from hitting out further.

“It escalated. Others in the group were trying to keep Mr Deugi and Pranlal apart.”

Both Pranlal and Mr Deugi removed their belts swung them at each other, however, it is unknown if they connected.

Pranlal then ran around the group, pushing Mr Deugi, causing him to fall backwards onto the pavement.

Miss Silver said: “From the moment he was struck and went to the floor, he was unconscious and unresponsive.

“He had some sort of respiratory and cardiac seizure.

“There was no damage to the skull. It was a cardiac arrest that stopped oxygen reaching the brain.

“In the aftermath, one of the group attempted to revive him by splashing water onto his face.

“The defendant didn’t approach him at any point.” 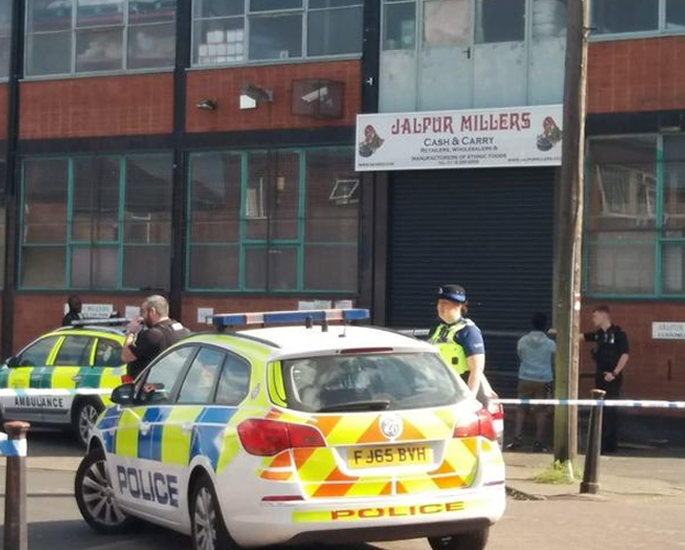 A midwife and her partner stopped in a car and asked if they needed help. However, Pranlal told her not to get involved. One of the group then agreed she call for an ambulance.

The midwife performed potentially life-saving CPR until an ambulance arrived. Mr Deugi was taken to Leicester Royal Infirmary, but he died on June 2.

Mr Baber said: “Mr Pranlal is a Portuguese national and will be deported after serving the sentence.

“He was trying to assist his friend in what was a domestic argument between Sanjay and his father, and he shouldn’t have got involved.

“My client wasn’t the instigator of the violence, at the beginning.

“He’s a hard-working, loyal person, who volunteers at the local temple.”

In a statement, Sanjay revealed that his father’s death has had a huge impact on his family.

He revealed he had to borrow money to pay for the funeral and is currently unable to send money to his mother in India, who is unwell and needing care.

Judge Timothy Spencer QC said: “Jentilal was just 50 when you took his life from him.

“He’d come to this country seeking a better life for himself and his family. His son was your best friend.

“It’s clear Mr Deugi was a good man and we’ve heard a moving personal statement from his son, Sanjay, and I’ve read one from his daughter.

“He was the mainstay of the family and a good father.”

He admitted that the falling out between the victim and his son was “obscure” but added:

“It may simply be that he was distressed by the distance between them, because Sanjay was spending more time with your family.”

On the altercation, he added: “It’s clear Mr Deugi was drunk and it must have contributed to what followed.

“You pushed him forcefully to the chest with both hands and he fell backwards onto the pavement.”

“I take the view that you and others didn’t appreciate the full seriousness of the situation.

“I suspect you felt Mr Deugi, possibly, because of the effect of alcohol, would be briefly unconscious on the ground but would then come round – but he never did.

“I completely accept your genuine remorse at the turn of events.

“You were of positive previous good character and I’ve a sheaf of references describing you as a hard-working, honest young man, a good person, reliable, courteous, peace-loving and dependable, and so on.

“At the time you pushed Mr Deugi, he wasn’t a threat to anyone and your actions weren’t in defence of yourself of another.

“There’s some mitigation because Mr Deugi contributed to the whole situation.”

Leicester Mercury reported that Pranlal was jailed for four years and six months.

Judge Spencer also commended the three helpers at the scene and awarded them £300.

“There are certainly no winners in this case.

“One family has lost their loved one and another now faces a considerable amount of time without their family member.

“One push led to the end of a life.

“My sympathies go to Mr Deugi’s family, they have shown immense dignity throughout the investigation and this was in no way easy for them.”

Dhiren is a journalism graduate with a passion for gaming, watching films and sports. He also enjoys cooking from time to time. His motto is to “Live life one day at a time.”
Curry Mile Business Owners reveal Impact of Covid-19
Builder who Stabbed 3 to Death faces No Charges