Khushi Kapoor is rumoured to be making her Bollywood debut very soon, after watching her older sister Janhvi become a sensation with her film debut, Dhadak.

Following Sridevi’s oldest daughter, Janhvi Kapoor’s successful Bollywood debut with Dhadak, many are wondering how long it will be before we see young sister Khushi Kapoor joining the industry.

In a short space of time, the actress has created a strong social media presence with has an impressive 2.2 million Instagram following.

Khushi Kapoor is also building up her social media presence and has an Instagram following of 15.6k.

“Khushi first wanted to become a model – but has now shifted her focus to becoming an actress.”

It seems that the late Sridevi also knew of her daughter’s plans to pursue modelling. In a past interview, Sridevi mentioned:

“Yes, Khushi says she wants to get into modelling. Pehle, [first] she wanted to become a doctor. Phir [then] doctor se lawyer and now it’s modelling. So, I am waiting for the shock to happen.”

Her plan to was to finish her studies and head abroad where she could learn how to perfect that ramp walk.

But after seeing the success of her older sister’s Dhadak Khushi’s focus has now shifted towards acting and the 17-year-old Kapoor has been rumoured to be making her film debut soon. 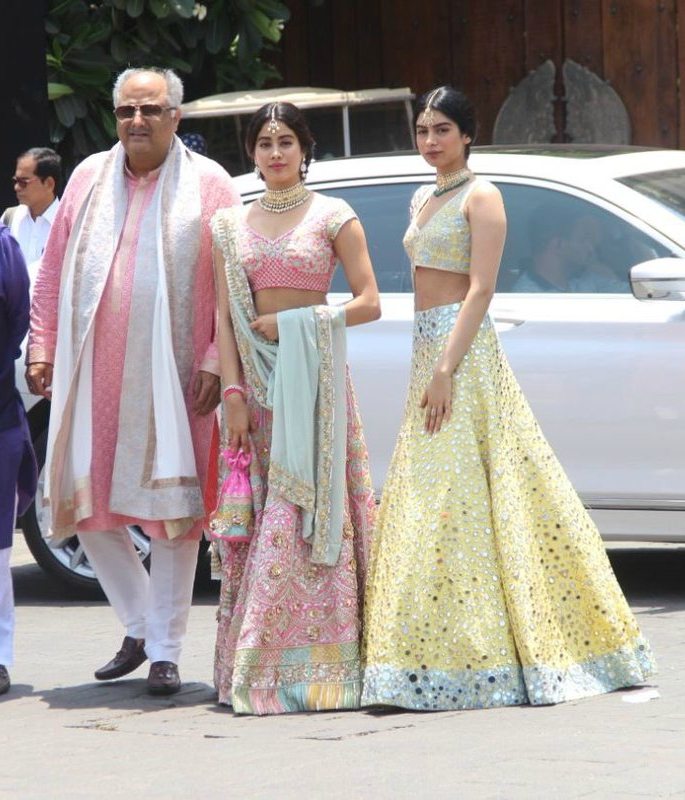 In the same interview, Boney Kapoor admitted that Sridevi was initially wary of her daughters entering the Hindi Film Industry because of the profession being so unpredictable:

“The unpredictability of the profession was one reason,” Boney shared.

“Sri was a perfectionist, so she put in a lot of hard work— so yeah, she felt that Janhvi should enjoy what her parents have achieved and if at all wants to start working, should get into a profession where there is comfort.

“We have no fixed hours here, you see glitter and glamour on screen- but it’s not easy to set up and enact all that.”

Boney Kapoor also seems to be reluctant to admit that he must have inspired his daughters to become actresses in some way:

“I wouldn’t say that I motivated Janhvi. I encouraged her to let her do what she wants. Why curb someone’s natural instincts?

“Like for one, I didn’t know until Salman (Khan) told me that Arjun has it in him to become an actor.

“On the other hand, my eldest child, Anshula is extremely academically inclined. And Khushi first wanted to become a model – but has now shifted her focus to becoming an actress.”

When Janhvi Kapoor was asked what her younger sister’s plans were, she showed a relatable amount of sibling solidarity by saying she doesn’t know what her sister wants to do in life.

However, Boney Kapoor’s recent statement could imply that Khushi is ready to make a big step into the world of Bollywood soon.