An incident occurred in Punjab where a police sub-inspector was accused of having an affair with his neighbour by his wife.

"He needs to be beaten with shoes and made an example of."

A woman accused her police sub-inspector husband of having an affair with a neighbour.

The wife was not happy and she shouted and hit him.

The incident, which occurred in Jalandhar, Punjab, was captured on video and it went viral.

In the video, the woman is seen holding a brick before throwing at the gate of a house. As the gate opens, she hurls profanities at sub-inspector Arun Bali, accusing him of having an illicit relationship with the neighbour.

She also hits him before appealing to the police to have them dismiss her husband.

While the woman hurls insults and hits her husband, Bali maintains his innocence. He even picks up his helmet and tells his wife to return home. 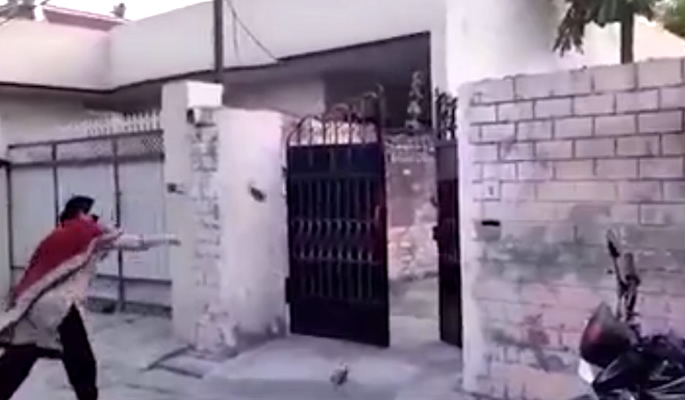 During the incident, the alleged lover comes out, leading to the wife arguing with her, however, the young woman denies the affair allegations.

In the video, the wife enters the house and says:

“He needs to be beaten with shoes and made an example of.”

She hits him until he leaves the house, adding: “Are you not ashamed? You are a man with children.” 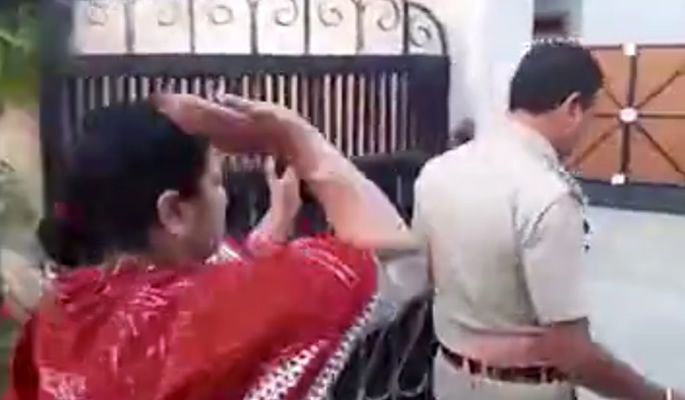 The angry wife then picks up a brick and throws at a car which is parked outside the house. The neighbours then say:

“Where’s your proof. You are talking rubbish.”

“They are doing prostitution. Both mother and daughter are doing this.”

Meanwhile, the sub-inspector tries to calm his wife, but she continues to hit him. 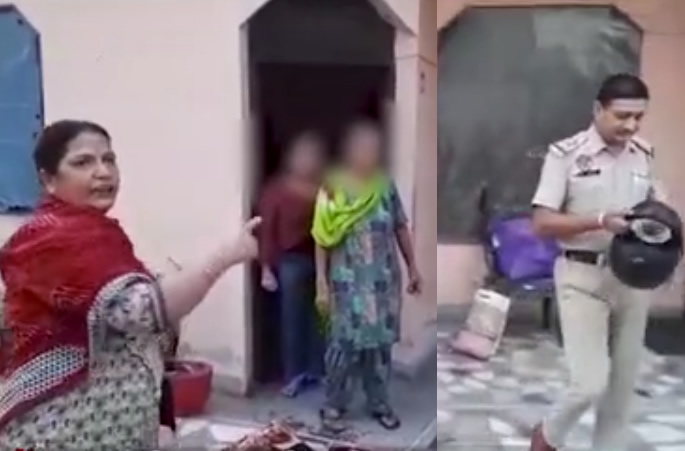 Following the heated row, the wife has said that her husband frequently harassed her.

It was reported that the police commissioner has suspended Bali from his job.

The wife stated that she did not have any proof against her husband but she eventually found it.

However, the sub-inspector said that the allegations have hurt him and his mother. He claimed that his wife has been harassing him for years.

Bali said that she would get into an argument with him over trivial matters.

He went on to say that his wife never gives food to his elderly mother and that she troubles her.

The wife has approached the court and filed a case of harassment against her husband. Bali said that his wife is the head of the locality.

He said that his wife is making false accusations against him to defame his reputation.

Dhiren is a journalism graduate with a passion for gaming, watching films and sports. He also enjoys cooking from time to time. His motto is to “Live life one day at a time.”
Indian Stepmother strangled Husband’s Son aged 4
Faryal Makhdoom Hits Amir Khan with Handbag in Viral Video