The manager of a popular Midlands taxi firm was targeted and shot outside his home in Dudley on his 39th birthday.

Taxi firm manager Mohammed Haroon Zeb, aged 39, was gunned down outside his home in Queens Cross, Dudley, on his birthday.

Mr Zeb, who managed Midland Taxis in Brierley Hill, was shot as he returned home from work just after 12:35 am on January 31, 2021.

He was taken to hospital in critical condition but died hours later.

A murder investigation has now been launched, however, no suspects have been arrested yet.

Queens Cross was cordoned off on February 1, 2021, as police teams searched the area.

Detectives have been analysing CCTV while police patrols were stepped up in the area.

Police have urged anyone who has not already spoken to officers to contact them, including a man who flagged down local officers, just after Mr Zeb was shot.

Anyone who has any dashcam footage captured in the area is also being urged to call the police.

“Haroon’s death is simply tragic, my thoughts are with his family and friends and this very sad time.

“Our investigation is continuing at pace as we try and understand what happened.

“I would urge anyone with information to get in touch as soon as possible.” 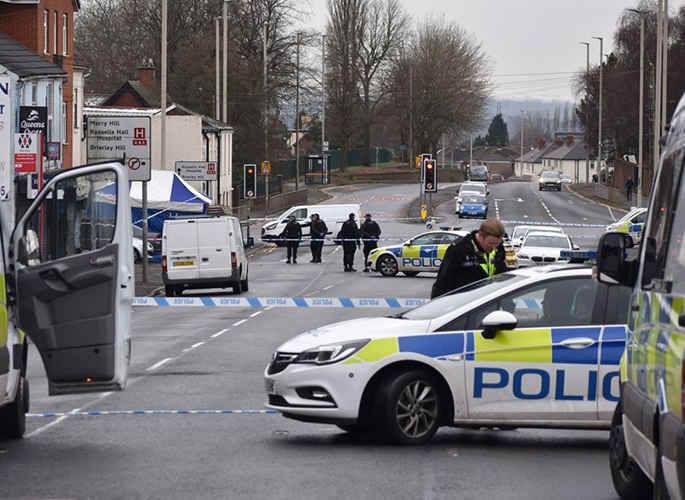 He said: “With unbelievable sadness, I’m having to inform you of the passing away of my cousin Haroon Zeb, son of chairman Chaudary Mohammad Aurangzeb (chairman Dudley Central Mosque).

“This man was loved by all, once you met him you never forgot him, he was guaranteed to make you smile, but today it’s not just my family that mourns, thousands feel our pain.

“May Allah Kareem forgive his sins and grant him the highest-ranking in Jannah.”

Mr Saleem went on to say that the taxi firm manager was about to open his front door when he was shot in the “cowardly” attack.

He added: “He was a beautiful soul, people loved him. It didn’t matter how you felt… that man could make you laugh out of nothing.

“He was just such a character, such a wonderful guy. It’s so sad that everyone he knew is crying.

“The police are working incredibly hard but we believe in them and we know they will bring these people to justice.

“It was a cowardly act. If anyone has any information, please do come forward.”

“This shouldn’t be happening in our town – it’s absolutely scary and ridiculous that we have got gun crime in Dudley.”

“A man has lost his life and this is a deeply distressing time for his family and friends.

“We will be working round the clock to establish who was responsible for this tragic death and try to understand why it happened.

“I would urge anyone with information to get in touch as soon as possible.”

Anyone with information about the incident should contact police via live chat at www.west-midlands.police.uk between 8 am and midnight or by calling 101, quoting crime reference 20DY/28354Z/21.

Dhiren is a journalism graduate with a passion for gaming, watching films and sports. He also enjoys cooking from time to time. His motto is to “Live life one day at a time.”
Drug Dealer jailed after Firearm found in Wardrobe
Indian Businessman opens a Mask Factory in Italy