Indian businessman, Pankaj Gupta, is set to open a mask factory in Cinisi, a small town in the province of Palermo, in Southern Italy.

Indian businessman Pankaj Gupta, arrived in the Sicilian town of Cinisi, Italy, to open a mask factory that will employ 60 people.

The new mask factory will produce Ffp2 and Ffp3 masks, starting at the end of February 2021.

The excitement for this new opening can be felt in Cinisi, and the company’s logo Paramount is already in plain sight on the building.

During the first lockdown, Paramount was the middleman for the delivery of masks from China to Europe, and it also supplies the United Nations in humanitarian missions.

Gupta has invested €15 million (£13 million), a considerable amount of money for such a small town in Palermo’s province.

The new mask factory will create more jobs and help develop Cinisi, which counted 12,250 inhabitants in 2018.

There will be three shifts of eight hours, with 20 workers for each shift.

The masks will be ‘Made in Sicily, Italy’, with a new anti-Covid quality certification guaranteed.

Gupta decided to rush things and has already met with prominent Sicilian personalities. Among them the President of the region, Nello Musumeci, member of Diventera Bellissima, a conservative political party active in Sicily.

He also met with the party’s whip Alessandro Arico and Airgest’s President Salvatore Ombra, who runs the Trapani-Bigi airport.

The factory will be 100% controlled by Gupta’s London-based company.

Pankaj Gupta, aged 45, was CEO of Essel Group ME Dubai.

Gupta’s other business interests lie in publishing and the mining sector in South Africa and South America.

His tax attorney in Italy, Alessandro Dagnino, described him as a man with excellent business acumen. 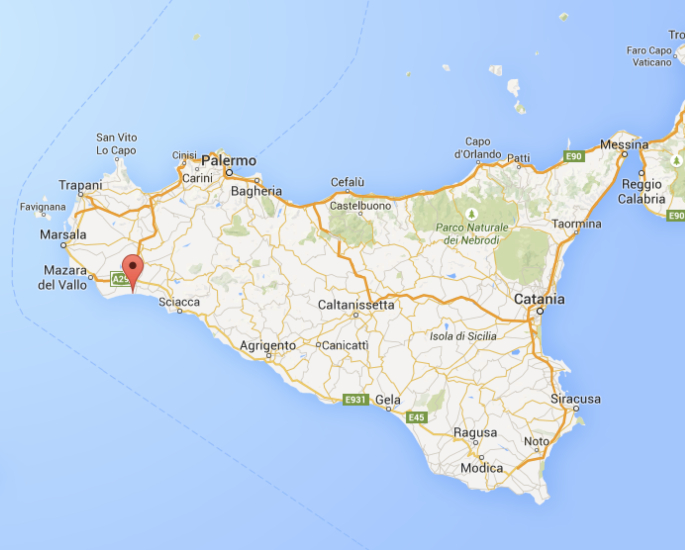 The businessman left the UK for Italy, due to a more favourable fiscal regime for foreigners and the recent Brexit which affected several UK-based businesses.

Secondly, Cinisi is close to Falcone-Borsellino airport, and the costs are lower than in other Italian regions.

Cinisi is famous for being Peppino Impastato’s native town, a journalist and political activist who opposed the Mafia and was killed in 1978.

The town is still fighting against the mafia, but people do not give up.

The mayor, Gianni Palazzolo, has recently gifted Impastato’s family with a farmhouse once owned by Boss Tano Badalamenti.

The aim is to remember Peppino Impastato and create an anti-mafia centre for youths worldwide, to provide them with other opportunities.

Manisha is a South Asian Studies graduate with a passion for writing and foreign languages. She loves reading about South Asian history and speaks five languages. Her motto is: "If opportunity doesn't knock, build a door."
Taxi Firm Boss Shot outside Home on 39th Birthday
Zayn Malik’s Sister’s Husband says Wedding did not cause Rift