Imtiaz Ali reveals anecdotes of Jab We Met while Kareena shared a throwback picture from the set to celebrate the film completing 13 years.

"I feel great that people remember Geet and Aditya so much."

Imtiaz Ali’s Jab We Met (2017) has completed 13 years since its release and it continues to be watched and remembered by fans today.

Today, it is still considered to be one of the finest Bollywood films. From the story to the cast to the relatability of the film, Jab We Met is remembered with the same enthusiasm.

To celebrate the joyous occasion, actress Kareena Kapoor took to Instagram to share a throwback picture from the sets of the film.

The picture shows Kareena alongside Shahid and Imtiaz Ali. She captioned it with a dialogue from the film:

Filmmaker Imtiaz Ali spoke to ETimes about anecodtes from the shooting of the film.

Speaking about whether he expected such a phenomenal response for Jab We Met, Imtiaz divulged:

“During the shooting of this film, I definitely didn’t know that we will be talking about it 13 years later.

“I used to personally like this story and things in this film a lot but also I was a bit embarrassed because I thought it was very insubstantial.

“I feel great that people remember Geet and Aditya so much. I feel that there must be something in it that without my knowledge or interference has just transpired on-screen to receive the kind of love and accolade that it has.

“I feel that Geet is her own person and Aditya is his own person. Although, I love them … they are as much their own people as I am my own person I feel.

“Somehow I feel they exist somewhere and just are not the characters of a film. But yes, we didn’t know that … I think Shahid had a view that the film might do well but the rest of us were just consumed in working.

“We had no judgment about the fact that the film might be appreciated later.” 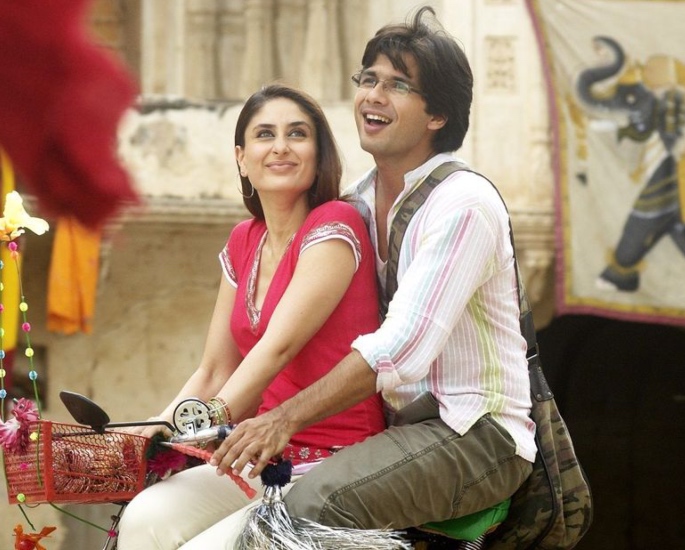 The filmmaker was asked what it was like working with Shahid and Kareena. He said:

“Shahid and Kareena, at that time, were very different actors from each other. It was a lot of fun actually for me as a director because Shahid was very cerebral and we used to discuss and talk a lot, he was all there and very committed.

“Kareena was equally committed but she was more coming from a place of heart and she used to take a lot of pain and effort in doing dialogues. I remember that she used to call me to the side and used to do dialogues a lot.

“She used to feel that she needs to get that right. But otherwise, the time spent was much less with Kareena than with Shahid in terms of understanding the process etc.

“So, Kareena was more instinctive and I think both of them had their hearts in this film. I had a splendid time working with both of them.”

He was also asked whether their breakup affected filming. He said:

“As far as their relationship is concerned, that’s personal and those things never affected the making of this film. As true professionals, they never let it.”

Imtiaz continued to reveal that a sequel or spin-off to Jab We Met should not be made.

“I feel that a sequel of Jab We Met should not be made because really I have nothing to say in that story anymore. Maybe in some other way or other characters can feature in something that has to do with Jab We Met.

“But I feel Geet and Aditya, I would hate to create more conflict in their lives.”

“I would just want to leave them in a space in our imaginations which is an interesting space where they are together and yet they are exactly who they personally and individually are and yes, with their twin daughters as we see in the last frame of Jab We Met.” 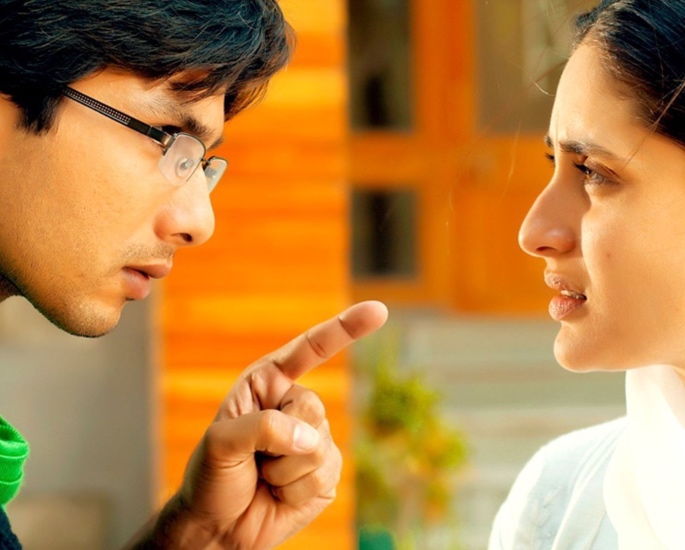 Imtiaz Ali continued to address the rumours surrounding the film including whether Bobby Deol was originally set to play the role of Aditya. He said:

“Yes, there was a time when Bobby Deol was supposed to do this film but he was busy doing other films, so this didn’t get made with him.

“I had abandoned it and I was trying to make Highway (2014) which I had also written by then and Rockstar (2011). But that didn’t happen, so I came back to Jab We Met.

“Then I was trying to make Cocktail (2012) at that point in time, I was going to direct it as well. But that didn’t happen too. So I came back to Jab We Met.

“It was always around and I would have made it. Two years passed like this and at the end of it, I met Shahid and Kareena.

“When I was sitting on the floor at Shahid’s house as I was narrating this film to both of them, I realised that this is how I used to make these small theatre plays while I was in school and there was no way that I was going to miss this for any other film.”

Imtiaz Ali ended with commenting on which present-day actors could play the roles of Geet and Aditya. He said:

“If Jab We Met was being made right now, I don’t know who I could have cast as Geet and Aditya because now Kareena and Shahid are so set in my mind that I wouldn’t want to change that.

“There are very talented actors who could have played Geet and Aditya in the present time. I can’t really venture to guess because I don’t want anyone but Kareena to be Geet and anyone but Shahid to be Aditya.”

Ayesha is an English graduate with an aesthetic eye. Her fascination lies in sports, fashion and beauty. Also, she does not shy away from controversial subjects. Her motto is: “no two days are the same, that is what makes life worth living.”
Luviena Lodh’s Husband Breaks Silence against Allegations
Bully Apologises to Vijay Sethupathi for Rape Threat