Hrithik and Kareena reunite after 12 years?

Hrithik Roshan and Kareena Kapoor are rumoured to be reuniting in a film directed by Sanjay Gupta! DESIblitz brings you more of the juicy details.

Rumours were hot they fell in love while working together in Yaadein.

Hrithik Roshan and Kareena Kapoor are rumoured to be reuniting in a new Bollywood blockbuster.

We hear the yet-to-be-titled film will be directed by Sanjay Gupta and produced by Hrithik’s father, Rakesh Roshan.

John Abraham is the original choice for the lead role, but has to drop out due to scheduling conflicts.

So instead, Bollywood hottie Hrithik has taken up on the offer to work with the Jazbaa (2015) director.

Ok guys its true that I am working on my next with Hrithik and Rakeshji. But we have not confirmed the lead actress as yet. We will soon 🙂

He follows up with another tweet to pacify any rumours around his leading lady in the film:

It would be any director’s dream come true to get Hrithik and Kareena together for a film. But we have not finalised our heroine yet. — Sanjay Gupta (@_SanjayGupta) December 2, 2015

Insider sources give a different story, though, saying: “Yes, the makers have approached Kareena and she has liked the script.

“It is a daringly different and challenging role. She’s good friends with Hrithik and keen to pair up with him but she has yet to sign on the dotted line.

“Hrithik will be filming his solo sequences first and a lavish set will be designed in a Mumbai studio in January. The leading lady will be locked next week.”

If the filmmakers can successfully rope in Kareena, the pair would reunite on screen for the first time in twelve years!

Back then, rumours were hot that they fell in love while working together in Yaadein.

But since Hrithik was married to Sussanne Khan (whom he divorced in 2014), the chemistry between them never developed beyond the film set.

They almost came together in Karan Johar’s Shuddhi, but Kareena backed out as soon as Hrithik turned down the film reportedly due to disagreement over the profit-sharing deal.

“The idea of doing Shuddhi was to work with Hrithik. Once he decided to opt out, it didn’t work for me.”

Will they finally return as an on-screen couple for Sanjay? As Hrithik has already secured his role, he could start shooting as early as he wraps up Mohenjo Daro (2016).

As for Bebo, she has just finished working with Arjun Kapoor in R Balki’s Ki and Ka (2016).

Reports suggest Sanjay will probably start production in February 2016, so the timing could potentially work out this time! 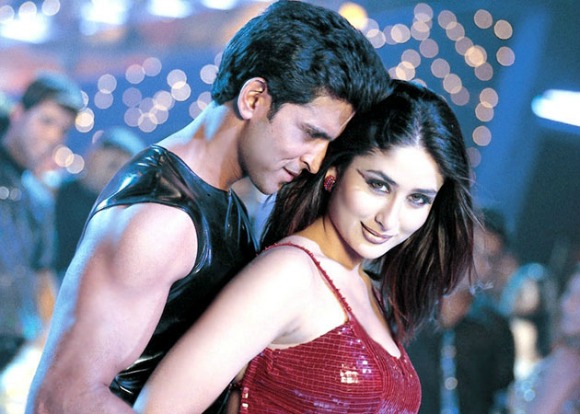 Sanjay is famous for making action thrillers such as Aatish: Feel the Fire (1994) and Kaante (2002).

His latest project with Hrithik (and hopefully Kareena), a love story mixed with revenge drama, will be a refreshing change.

Despite often running into trouble with plagiarism, Sanjay will be sure to direct this movie into the limelight of success.