How Indo-Western Wear is Taking the Fashion World by Storm

DESIblitz looks at how the revolution of Indo-Western wear is taking the fashion world by storm and fusing cultures together.

The fashion style is here to be celebrated in the 21st century.

With the introduction of Indo-Western wear, it appears the fashion world has seen a massive increase in diversification and accessibility.

The fashion industry has made steps towards more progressive and daring looks, making way for the appreciation of culture across the world.

Indo-Western wear is a prime example of a cultural fashion style that has been making waves in the industry.

It has been all the hype in the fashion industry and across the world by marking a union between Indian and Western culture.

The fashion style has been sported by A-list celebrities like Deepika Padukone, Priyanka Chopra and Katrina Kaif rocking Indo-Western looks on the red carpet.

DESIblitz looks at the impact of Indo-Western wear on the fashion industry and how it has made its mark.

What is Indo-Western Wear? 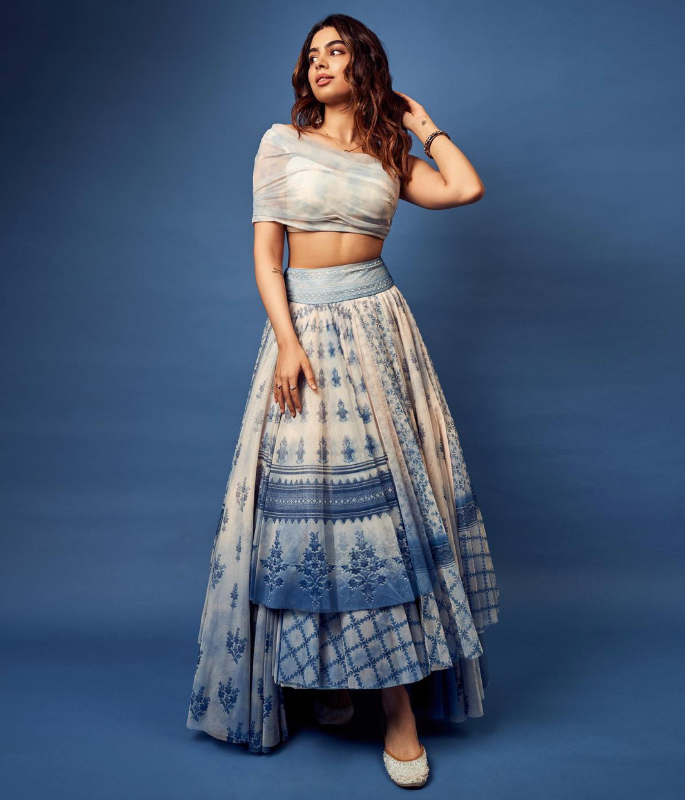 Indo-Western wear, as hinted by its name, is a fashion style combining elements of both South Asian and Western fashion.

The fusion fashion style essentially represents where the East meets the West with clothing blurring the boundaries between cultures.

The style has risen in popularity in the 21st century prompting an increased appreciation for South Asian culture.

However, the history of Indo-Western wear goes as far back as the British Raj in the late 1800s when India was under British control and two cultures were exposed to one another.

Under British Raj, many aspects of South Asian culture had been appropriated by the West, from food and film to fashion.

It was during the 1960s and 1970s, that the fusion of Indo-Western wear was truly seen with many South Asians migrating to Britain and America.

The migration of South Asians to the West introduced Western aspects of fashion into their style to conform to the Western fashion standard, thus creating Indo-Western wear.

Due to migration, an influx of Indian patterns, textiles, and embroidery had been introduced and fused within the Western fashion scene.

For many South-Asian designers and fashion enthusiasts, Indo-Western fashion became a way to blend ethnic identity into the western fashion system.

Thus, Indo-Western wear holds a much deeper and more significant symbolism for many in the Desi community who view the style as a way to maintain and celebrate ethnic identity.

Indo-Western garments often include Western-style clothing combined with Indian designs or patterns and vice-versa, to create a unique blend between the two styles of fashion.

The idea behind this fusion style is that aspects of fashion can be combined and experimented with to create unique looks or statement outfits perfect for any occasion.

Popularity in the 21st Century 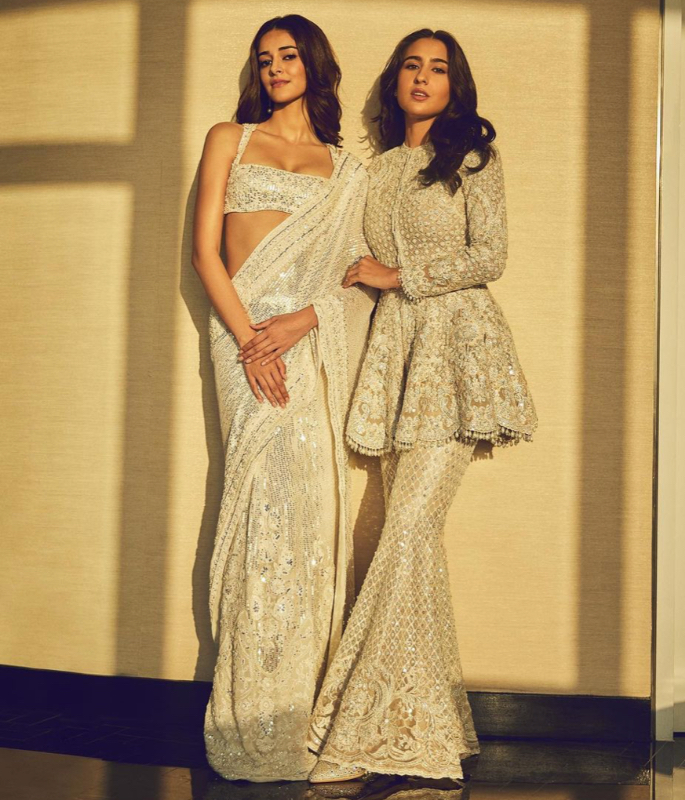 Whilst Indo-Western wear was born from conformity and colonisation in previous decades, the fashion style is here to be celebrated in the 21st century.

The 21st century has introduced a mutual appropriation between cultures regarding fashion with more spotlight on South Asian designers like Manish Malhotra and Masaba Gupta as pioneers of Indo-Western fashion.

Manish Malhotra, best known for elaborate bridal wear, has incorporated Indo-Western style in his evening gown line which takes an Indian twist on a Western silhouette with patterned embellishments and embroidery.

Masaba Gupta has also incorporated Indo-Western wear into her fashion line with bohemian prints adding a Western flair to the traditional sari.

Through social media, designers, stylists, and fashion enthusiasts have been able to show off their Indo-Western looks, showing off their versatile nature and reaching a wider audience.

The versatile nature of Indo-Western fashion makes looks accessible for any occasion ranging from casual, glamorous, and even classy outfits.

Statement South Asian pieces can easily be paired with simple Western clothing to easily elevate and enhance a look.

This style is much loved amongst Brit-Asians and American Asians who feel that Indo-Western wear is representative of their South Asian and Western identity.

With the style spreading quickly across the world, stylists, influencers, and fashion lovers are all eager to take this trend by the horns. 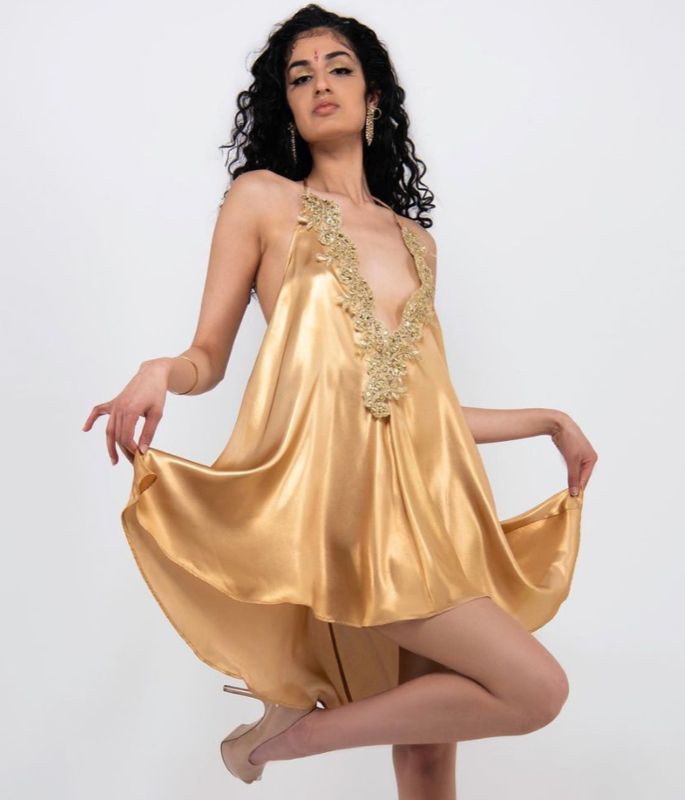 The versatile nature of Indo-Western wear allows for a variety of looks to be achieved with fashion pieces one may already have at the back of their wardrobe.

One simple Indo-Western look is wearing jeans but pairing them with a traditional kurta or salwar kameez to create a look that is comfortable yet still traditional.

Since kurtas are available in so many different styles, colours and patterns, people have taken to experimenting with this clothing piece to innovate and introduce different silhouettes.

Some have even taken to wearing longer kurtas on their own as a dress rather than pairing them with trousers, making them adaptable for a party or event.

With the fusion of Western wear, the palazzo trousers maintain their cultural patterns but allow for a new, modernised silhouette with a crop top or halter neck top.

The top and lehenga look has taken over the Desi wedding scene with more individuals choosing to wear lehengas with a crop top rather than a traditional blouse.

Popular fashion brands like Sabyasachi, House of Indya, and House of Masaba have quickly jumped on this style and cultivated it even further.

These fashion brands are bringing Indo-Western looks to the runways, elevating them from the back of the wardrobe to the front of the stage. 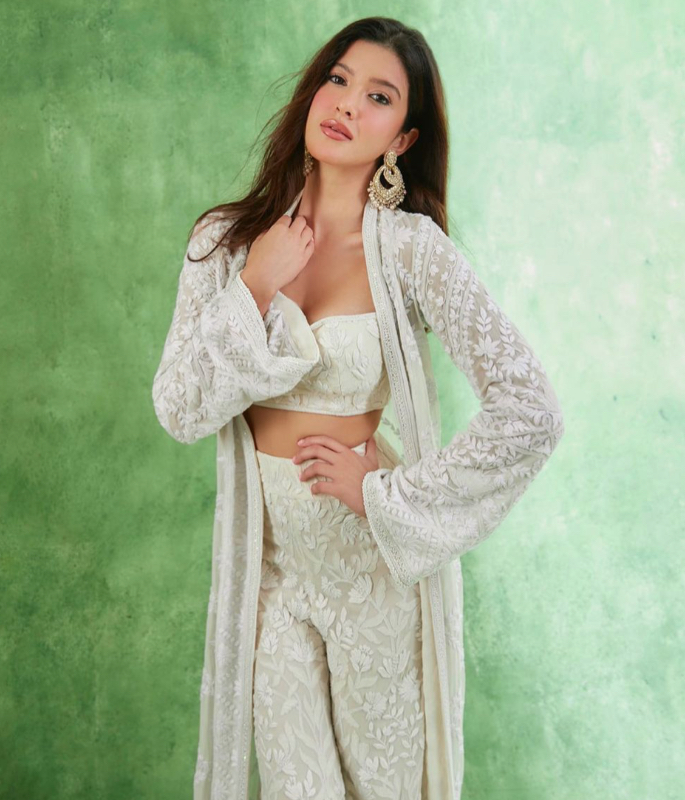 Though the crop top and lehenga style has become a favoured look, appreciation has not always been the case regarding crop tops.

There has been controversy and discontent regarding the crop top within the Desi community itself.

The issue of baring the midriff has been a taboo topic in the Desi community despite its longstanding South Asian history.

Growing up many Desi women have faced the dissent that comes with wearing a crop top or showing their midriffs, with members of the community deeming it as ‘shameful’ or ‘immodest’.

However young women in the Desi community have also noted the irony and double standards surrounding this controversy in the community.

Fashion designer Chaya Mistry comments on this controversy and how she felt when designing her Indo-western fashion line.

Chaya said: “Growing up I found it confusing that Bollywood actresses and aunties at the mandir were able to flaunt their bellies, but I was shamed for wearing crop tops or designing outfits that displayed mid-riff.”

For centuries, revealing clothing has indeed been a staple in Indian fashion, with traditional sarees featuring blouses that expose the midriff and navel.

Like Chaya, many Desi women share the same sentiment and confusion regarding the judgement towards crop tops.

In her novel What Would the Aunties Say?, Anchal Seda, expresses, “There’s a hypocrisy in the brown community idolising these scantily clad divas, whilst also insisting our young girls’ cover-up.”

Anchal goes on to describe the damaging effects of this judgement on young girls in the Desi community who are led to equate fame and success with wearing what they wish.

If a woman can be seen as modest wearing a sari blouse, why can’t she be seen the same wearing a crop top?

Regardless of the controversy, Indo-Western fashion is on the rise and is only gaining further adoration.

With more women wearing crop tops with lehengas and saris instead of traditional blouses, Indo-Western wear has become a perfect solution for the last-minute wedding outfit.

Whilst it may take months to get a blouse fitted and made, it only takes two seconds to throw on a comfortable and easy-fitting crop top from the back of your wardrobe to pair with a jazzy lehenga skirt.

There is great potential when it comes to Indo-Western wear in the 21st century with the style reaching runways and gaining the exposure it needs to become habitual.

Indo-Western wear is certainly a testament to the boundaries that fashion can overcome and the power it holds in uniting cultures.