Getting married soon? Our tips will help you understand the difference between fake designer lehengas and cheap replicas.

Some showcase cheap copies whilst others pride themselves on ‘original replicas’ or ‘first copies’.

Some proprietors might tell you what they’re selling to you is not the original but a copy or an ‘original replica’.

Whether you want to go down the replica route is your call.

But what if someone tries to fool you into believing that what you’re holding or have ordered online is an original Sabyasachi, Manish Malhotra or Anita Dongre lehenga?

Or maybe during renting your bridal lehenga, which is an option these days, how do you then make sure that you’re not being taken for a ride?

DESIblitz presents the best tips and tricks to spot a fake designer lehenga.

We can tell you with a guarantee that Sabyasachi, Anita Dongre and the likes do not sell their lehengas in hectic bazaars.

They have limited stores, flagship stores and some multi-designer showrooms that they sell through, and nowhere else.

Renting is a different ball game, and there are a few sites that rent out their creations as well.

Online also, limited designs are available, which majority of the time is not the designer’s latest collection. 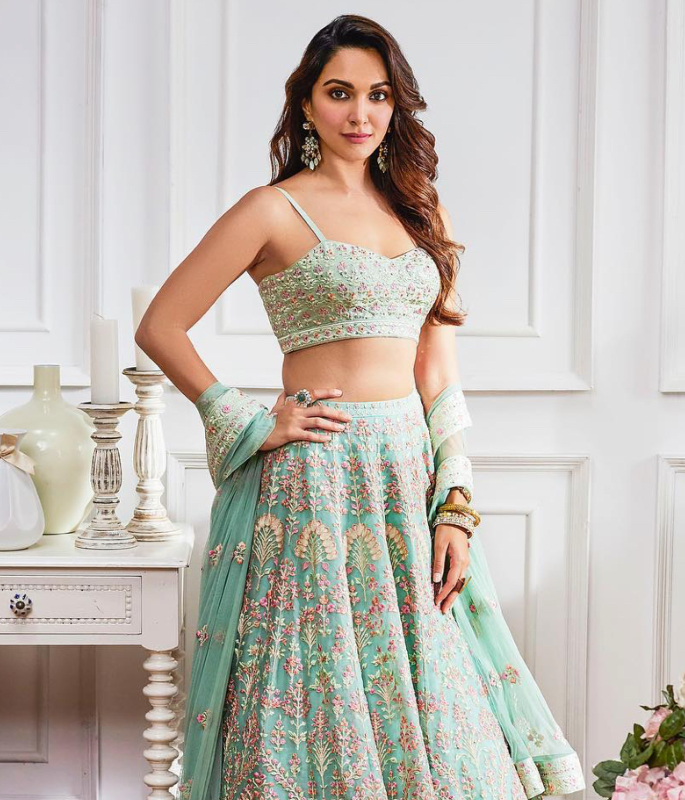 Shopkeepers generally keep the replica collections hidden and show them to the customers on request, hence fooling them around.

So, check whether any other designer lehenga is on the mannequins at the store and that should give you a good idea.

Sabyasachi doesn’t retail out of every city in India, and neither do other big designers.

The circuit is mostly limited to metro cities, and popular ones like Ahmedabad and Chandigarh (at very few multi-designer stores) and if someone tries to convince you otherwise, do not believe them.

Some designers even give an option of renting their old or classic collections.

However, that is also available at limited stores. Make sure you research well in advance before starting shopping for your wedding. 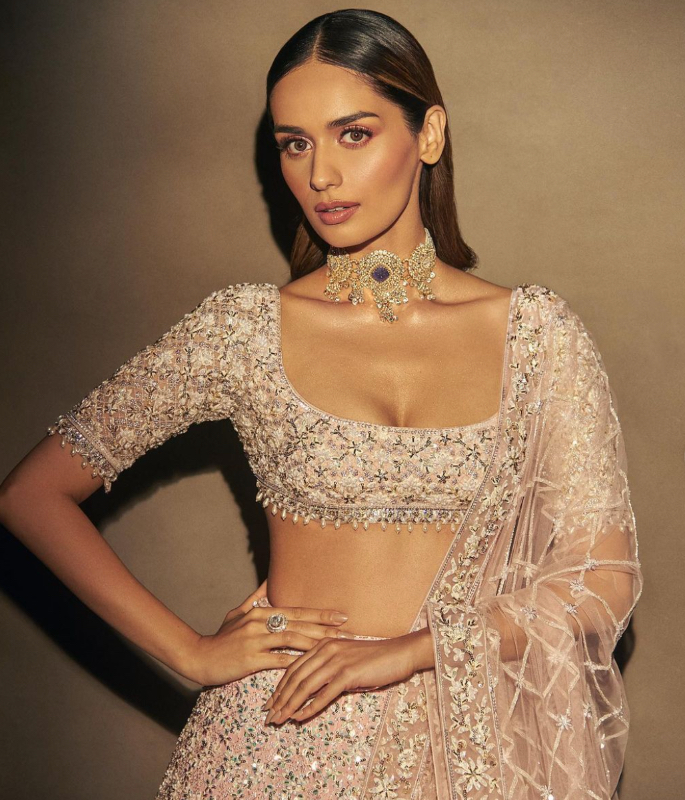 When it’s a replica, the one making it will pay the most amount of attention to detail with the skirt of the lehenga, which is what instinctively decides every bride’s pick.

Therefore, it is worth checking the blouse and the dupatta also to see whether it has the same premium look and feel to it.

If you aren’t satisfied with the quality, look for a barcode.

You’ll be surprised to know that all designer outfits have a barcode and a number attached to them which has all the information.

And if you can’t find it, then it’s a fake designer lehenga.

A sure-fire way of knowing whether the lehenga you are investing in is original or not is by checking its packaging.

With most designer lehengas, you get bang for your buck in terms of the luxurious packaging.

Whereas, replica lehengas are often packed in general poly bags or boxes.

Sabyasachi lehengas for example come in signature boxes with the Bengal tiger logo on them so it may be worth asking to see the packaging of your lehenga if in doubt. 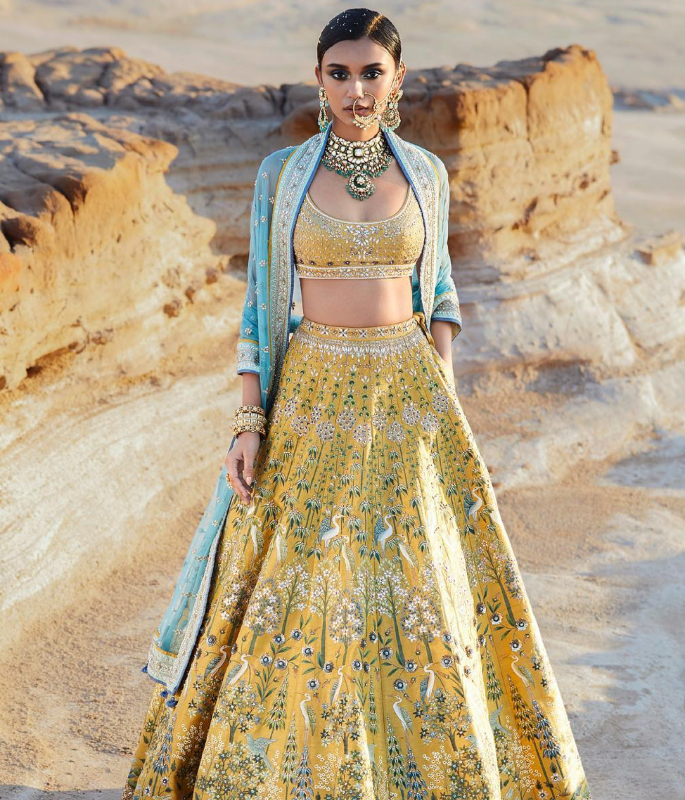 Just like designer clothing, designer lehengas, and even the blouses and dupattas, have tags on them so keep an eye out for them.

Most designer lehengas have specific names assigned to them.

So, if you love a lehenga by a particular designer and want to wear it for your wedding, don’t shy away from checking their collection online first before buying.

While shopping, ask the shopkeeper the name of the lehenga or the collection it is from and look up the design or the specific lehenga’s original photo online.

If you don’t find similar information, you will know that it’s a fake designer lehenga.

Do you know how you can ask retailers to show you a lehenga in as many colours as possible?

It doesn’t work that way with big designers, barring maybe a few of their outfits, and if the lehenga you like is available in an array of colours (typically, red, fuchsia and popular bridal colours), something might be wrong.

Sabyasachi isn’t big on customisation, and other big designers are also hesitant to agree to it.

Therefore, if the garment you like can be fully customised, it may be a fake designer lehenga. 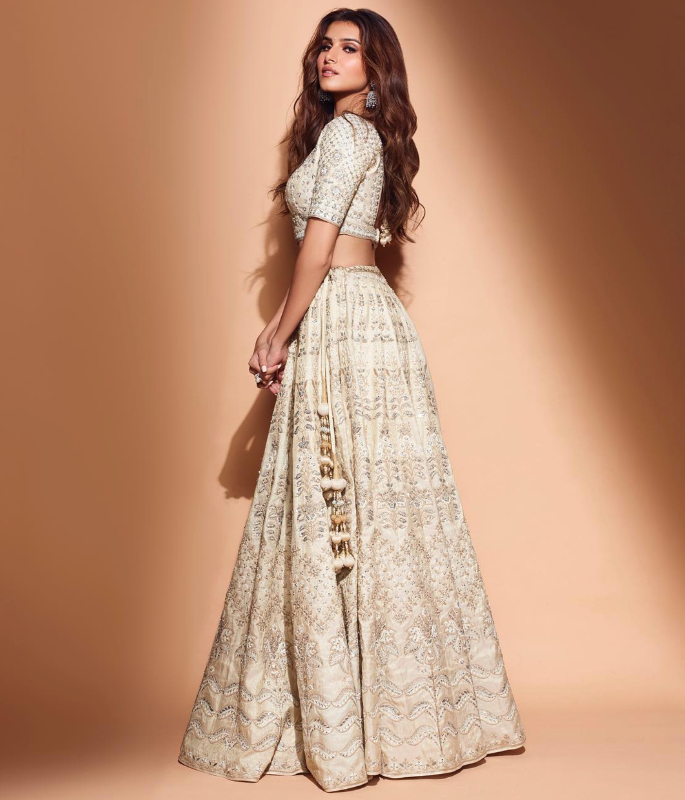 Check the work on the lehenga you like very closely.

Most designer lehengas involve hand embroidery and not machine work, which should be evident when you pay close attention.

It also may be worth checking how neatly and securely sequins and other embellishments have been added to it.

In the world of Sabyasachi, Anita Dongre and Manish Malhotra, a lot of budget brides end up buying a fake designer lehenga in the name of ‘first copy’ or ‘original replica’.

We know how budget-breaking original designer lehengas can be.

And, while you only get married once, you ought to look your best adorning a signature designer lehenga.

If you are buying an original designer bridal lehenga thinking it’s available on sale or at a cost much cheaper than you expected, we suggest you be careful.

Ravinder is a Journalism BA graduate. She has a strong passion for all things fashion, beauty, and lifestyle. She also likes to watch films, read books and travel.
Disha Patani’s most sizzling Beach and Bikini Looks
Urfi Javed receives Praise from Fashion Designer Harris Reed