Urfi Javed is frequently trolled for her outfits but one look received praise from fashion designer Harris Reed.

"It is very obsessive and I'm really obsessed."

The Bigg Boss OTT star is known for her bold dress sense, with many of her outfits created by herself.

Usually, she is trolled and criticised for her outfits and Urfi’s new look got people talking.

She was seen in a black and white cutout dress that featured two hands holding a loop around her chest.

Urfi completed her outfit with a pair of chunky sandals.

One person said: “No sense of clothes. Just showoff.

“Instead of this, she must roam naked around the streets. Doesn’t matter to any.”

Commenting on her body, another said:

“She’s soo flat… Don’t know what she wants to show everyone.”

While many of Urfi’s outfits are created by herself, it was later revealed that her black and white look was inspired by fashion designer Harris Reed.

Harris came across Urfi’s recreation of his outfit and was impressed.

Harris, who has dressed the likes of Emma Watson and Harry Styles, took to Instagram to talk about Urfi’s outfit, although he did not know who she was. 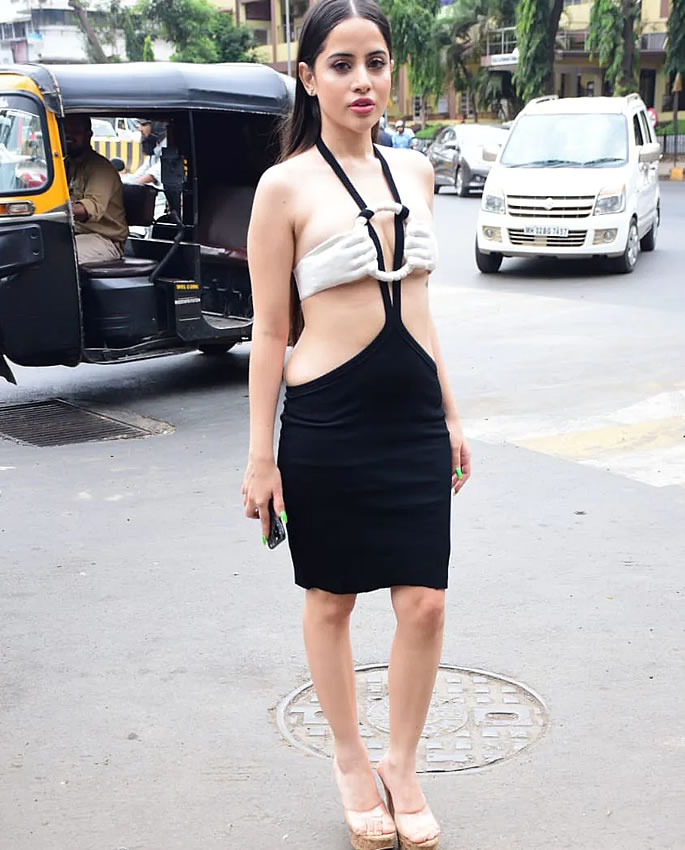 Pointing out how famous she is, Harris said:

“So this girl who is clearly very very famous remade one of my show looks.”

The fashion designer then pointed out that Urfi’s video has 45 million views.

He praised her look and said: “It is very obsessive and I’m really obsessed.”

Y'all Harris Reed is obsessed with Urfi Javed pic.twitter.com/2X23ZZzJ3D

Watching another video of Urfi Javed in the dress, Harris continued to state that he was “obsessed” and wrote:

As Urfi posed for pictures, Harris expressed his appreciation.

Netizens in the comments section stated that her celebrity fan could be a huge deal for Urfi Javed in terms of career opportunities.

Urfi is aware of the trolling she receives and she revealed how she deals with it.

She said: “That’s the thing, I do not have to handle it. Why should I handle it?

“It’s not for me to reply to anyone who doesn’t like me. If you don’t like me, good for you.

“I cannot expect everyone to like me. I don’t care much about people liking me or not.”

Dhiren is a journalism graduate with a passion for gaming, watching films and sports. He also enjoys cooking from time to time. His motto is to “Live life one day at a time.”
8 Tips & Tricks to Spot a Fake Designer Lehenga
Sara Ali Khan turns heads in Daring Black Gown