How I Became a Female British Asian Escort

We spoke to Niya Kunari about her experiences becoming a British Asian escort, her introduction to the industry and the stigma linked to it.

"Another guy asked me to step on him with my heels"

For the majority of Desi people, entering any type of sex work, especially being something like a British Asian escort, is forbidden.

Whilst areas like OnlyFans, stripping and adult-based content have seen an influx of South Asians, these industries are highly frowned upon in Desi households.

Many associate this with a lack of self-respect and dishonour to the family.

Likewise, South Asian females as a whole are still expected to abide by certain rules such as no boyfriends and no sex before marriage.

This is not just in South Asia, the same views are held within many British Asian families as well.

But, in order to break the stigma attached to this type of work, DESIblitz spoke to 22-year-old Niya Kunari*, a British Asian escort from Telford.

Whilst Niya admits that her family is unaware of what she is doing, she has no fear of coming clean about her lifestyle as soon as she is ready.

She tells the story of how she got introduced and involved in this line of work and her experiences with it so far. 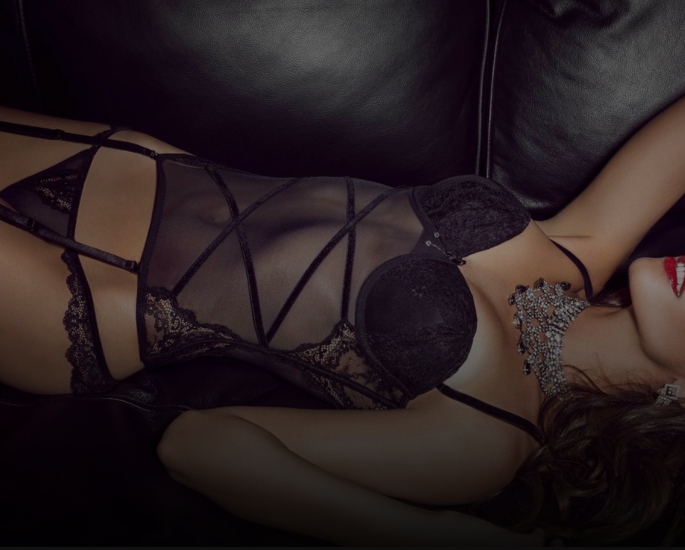 Being a British Asian escort, or an escort in general is obviously not a job that is advertised in public spaces.

It is quite a specialist type of area and in most cases, to gain access or be employed by the high-class agencies, one needs to be referred. This is how Niya came to know about escorting:

“I knew what escorts were but never thought to myself ‘this is what I want to do for a job’. But I actually knew about an agency through a friend of mine.

“We used to go out all the time during university in London and she would always live this lavish lifestyle as a student.

“At the time, I didn’t question it but she told me on a night out what she does.

“She explained it to me and said that ‘men would love me’ and ‘wine and dine me’ just to give them some company.

“I obviously can’t give the name of who I work for because it’s quite prestigious, and luckily for me, it’s high quality.

“There are a lot of escort companies that take advantage of girls and basically put them in brothels.

“But once I got this card from my friend, I rang in and was invited to come and see them in person.

“They explained how to make a client list and the type of stuff that men would ask me to do.

“It could simply be with them for a day or may involve some sexual deeds like dressing up in lingerie or carrying out fetishes.

“But the upside to whatever we do is that the client will pay for everything and also pay us on top.”

“So my friend would get flown out to Greek islands, Italy, and The Alps and go to Michelin star restaurants.

“The agency also said I could leave any time, it’s not contractual or tying you against your will.

“So, I thought ‘why not?’. And then they set me up with some clients to get me started, and said they would be in contact when they needed me.

“It wasn’t a very secretive process but basically about who you know. For some girls, they seek this type of work for money and are pushed into places they think will pay the most.

“Some agencies know this and won’t respect you but I guess for me, I was in the right place with the right person.”

Becoming a British Asian escort was a no-brainer for Niya. Luckily for her, she was able to network with a higher-quality agency.

Although, she does warn that this is not the same for everyone looking to go into this line of work.

Once Niya got started, it seems as though her preconceptions of being a British Asian escort were exceeded. 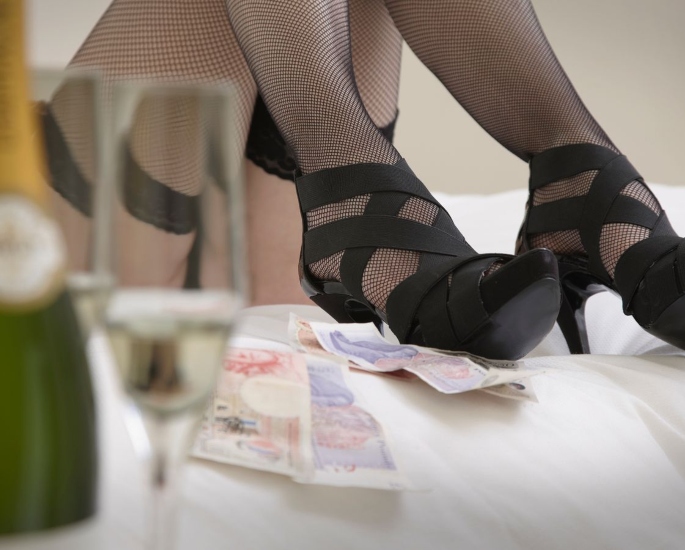 As Niya started to build relationships with some clients, she explains the lavish lifestyle she got introduced to.

The reason why she could keep her work a secret for so long is because she was at university when establishing herself.

So, she could pass off her time away from speaking to her family as trips with classmates:

“I remember my first client was a 35-year-old lawyer from London. He was going to Madrid and wanted some company for the weekend.

“I was quite afraid because you’re going somewhere random with a random person. But, I had to trust my friends’ experiences.

“So, we left and he was actually very sweet and nice. He would buy everything, treat us to restaurants, bars, shopping and of course a hotel.

“I told my parents that me and my friends were going to Ireland for the weekend so they knew I wasn’t in the country.

“I could still stay in contact with them, and a good thing as well because, in Spain, I didn’t get charged to message or call them.

“And the guy understood this as well. He’d give me privacy when I needed it or even pay for a call if I wanted to check up on them. So it worked out.

“Of course, it’s not just being treated, clients will ask you to wear something for them or do something kinky.

“So, he’d like me in certain bikinis he bought and then in the evening, he’d want me to wear certain racy dresses.

“I got so many looks when we were out but that’s what he was into.

“But I did this within reason, I was still a student doing work at the end of the day. But I’d usually do weekends or evenings with men.

“There was one evening when I went to a nice restaurant with a guy, who was in his mid-40s.

“We got back to the hotel room and he wanted me to wear some lace lingerie.

“So I got changed to come back out and he was completely naked on the floor and there were sex toys on the bed.

“He was handcuffed to the bed pole and wanted me to “punish him”. That was his fetish. I’m not gonna lie, I wanted to laugh and had to hold it in.

“The guys are lovely but some of them look so silly and they have wives, and you just think, they look so ridiculous, I wish their family could see them.

“But you’ve gotta remain professional. Another guy asked me to step on him with my heels – real crazy sh*t.

“But, you oblige and then it’s back to normal with them. You look past the kinks and weird stuff because the money is so good.

“I’ve had men wanting me to be rude to them at dinner or talk to other guys at a bar. That’s what excites them.”

“On the flip side, I’ve had guys who fly me out to New York or Turkey. All kinds of places. I did get invited to Australia for a few weeks but had to decline because of university.

“Of course, you can reject certain things but the pay won’t be the same. Some girls will go further and do sexual acts or intercourse, but you can have that flexibility.

“People think being an escort is a prostitute but it’s not. I have nothing against them if that’s what a person chooses to do, but with escorting, the main thing is actually companionship.

“Some men just want to treat a woman because they feel lonely. So I’ve had guys who wanted to take a woman out or be their date to big-time work functions.

“With rich people, it’s all for show and making them appear like something they’re not. So sometimes, I’ll go to these balls or flashy parties and everyone wants to be seen with a sexy young woman.

“I carry out those wishes for guys, but they all stay respectful.”

It seems as though Niya loved her lifestyle. Her experiences take the sexual taboo away from this line of work. 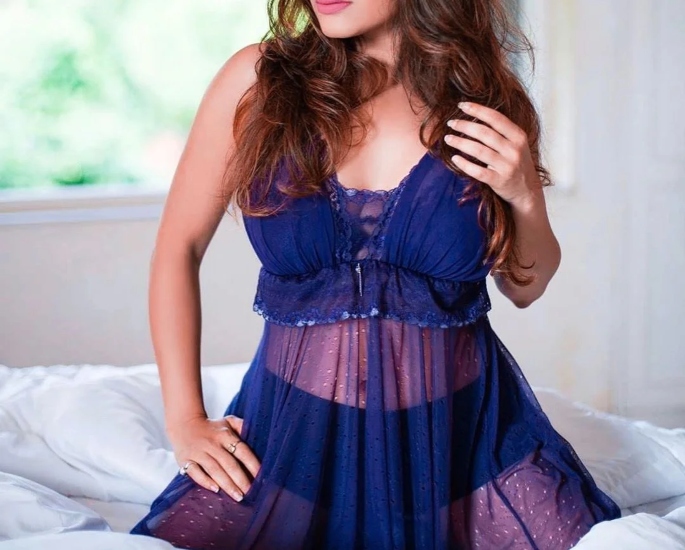 However, the British Asian escort does believe that the stigma related to this area and sex workers as a whole is unjust.

She reveals that South Asian people, men specifically, want total control of women and what they do.

Whilst she admits that some level of protection is good, they cannot carry on confining women to stereotypical roles.

She also believes women should also gain more confidence and self-control in their lives:

“Even so, people think that if you’re in this line of work, then you’re a slut or whore.

“Take OnlyFans as an example. If you say you have OnlyFans, then everyone thinks you show your vagina to thousands of people.

“But the site is a subscription for people to pay to see exclusive content. You can put up podcasts, videos, music – heck even DJ Khaled has one for god’s sake.

“It’s a way for someone to make a bit of money by having their “fans” or followers pay for stuff they think is too good/unique to be shown on social media.

“But also there are a lot of cases of women being abused and too confined to do anything about it. I also understand the fear aspect.

“But, we need to empower women to be more confident and ruthless about their lives. No matter if it’s escorting or not.

“I know my parents will probably be livid when I tell them.”

“I will eventually and I’m not scared at all to tell them, I’m more scared if they don’t listen to me and understand.

“It’s okay for them to not agree with me but if they understand why I’m doing this, then that’s all I ask for.

“They need to understand, with the rest of the Asian community, that women aren’t less of a person if they choose to do sex work.

“I’ve got a degree, I’m educated, I’m intelligent, I speak well, I dress well. I have a lot of respect for others, my family and friends but yes I’m an escort.

“Does that mean I should be looked down upon? No! What I would say for anyone trying to get into this work, be careful.

“Don’t think it’s always lavish. You do encounter creeps or get stuck with an agency that doesn’t know how to treat its employees.

“One girl I knew was taken advantage of by her agency. She basically had to work in a brothel. Sometimes she’d do 16-hour shifts and make £200.

“So, just be careful. But, yes I’m proud of the work I do, the money I make and I’m glad I chose to do this.

“I hope other women feel the same after reading this or feel stronger about decisions they make in the future.”

Niya’s life as a British Asian escort is breaking down the taboo related to this industry and it seems more people are following suit.

There are influxes of more Desi people on sites like OnlyFans, posting sexual videos or photos. But to reiterate what Niya highlighted, this should not be stigmatised.

Certain families will keep their ideologies but there should be open discussions about sexual lines of work so there is a wider acceptance and also a safer space for people to discuss their concerns.

Even for parents, if their kids are compelled to this industry, they never talk about it out of shame or embarrassment.

They also need a place for conversations and support to guide them through this, and as Niya said, help them understand the choices their kids have made.