DESIblitz looks at five British South Asian Women who have started their own businesses and become successful entrepreneurs.

"My mother was totally convinced I would become a culinary superstar"

There are so many impressive British Asian women who have started their own businesses and become entrepreneurs.

However, so many British Asian women are breaking the glass ceiling with their own business ventures. They are proving that they can create and run successful businesses and startups by themselves.

Stereotypes can act as a powerful tool. Many times we have seen them actually work in our favour because once a minority achieves a goal, they make it easier for the next person trying to do something out of the ordinary.

Aspiring to be a powerful woman or man should be on everyone’s ‘To Do’ list. 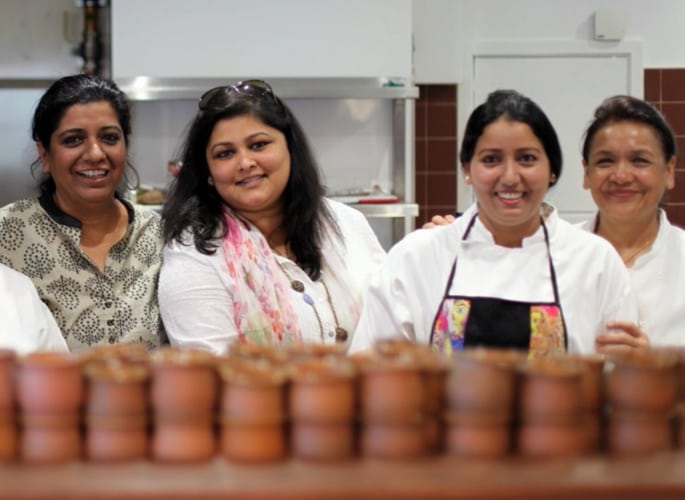 Asma Khan started from the humble beginnings of her own kitchen and is now an award-winning restauranteur in London.

On her website, Khan shares that she always had an interest in cooking, but admits that there was a time where she didn’t even know how to boil an egg.

However, her interest in cooking soon became a passion that fuelled her desire to learn more and more about the cuisine of her homeland.

Once she had learnt how to cook Khan started to sell her food in pop-up restaurants before she opened up her new restaurant, Darjeeling Express, in Kensington. 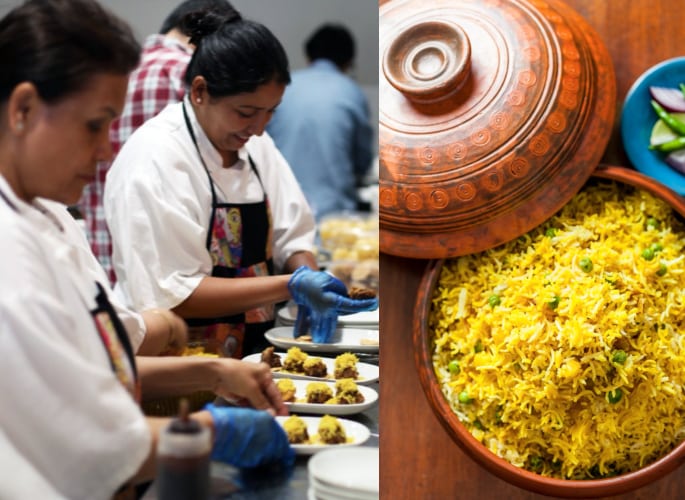 Interestingly, Khan had the backing of her family, particularly her mother. In an interview with The Independent, she says:

“My mother was totally convinced I would become a culinary superstar.

“She told all my aunts she thinks I will get a Michelin star soon.”

The best thing about Khan’s achievements is that she moulded a new way of thinking through her decision to predominately hire women.

Khan challenges the idea that Indian women are not good enough to be professional chefs, by exclusively hiring women and housewives. 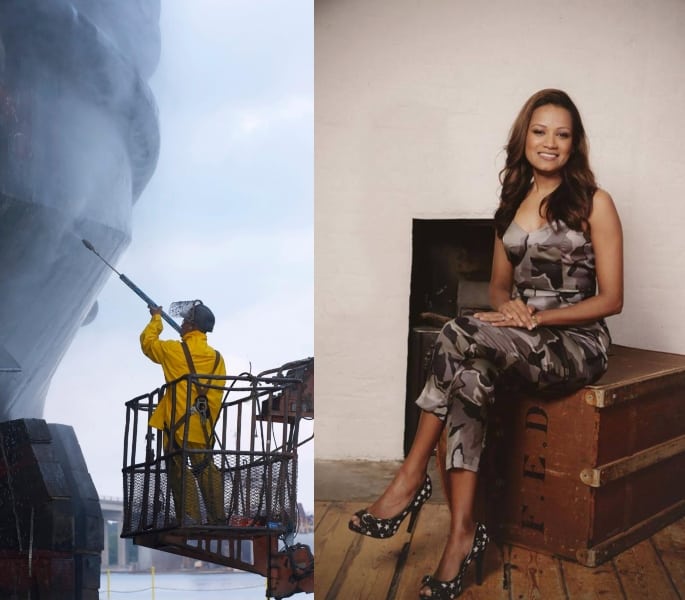 Akter adhered to the corporate lifestyle for six years and hated it. One day she had an epiphany and realised that her true ambition lay in entrepreneurialism.

She is now the managing director of Total Solutions, which is a corporate cleaning service.

On her LinkedIn profile, Akter talks about the importance of implementing passion and determination in everything she does.

Sharmin’s company is based in St Albans, UK but through her hard-work and four years of determination, she reaches out to the following areas:

Akter’s achievements have won her a ‘Highly Commended’ in the Entrepreneur Category of the Asian Women of Achievement Awards 2018.

The judges applauded Akter for her leadership skills in a “male-dominated industry”. 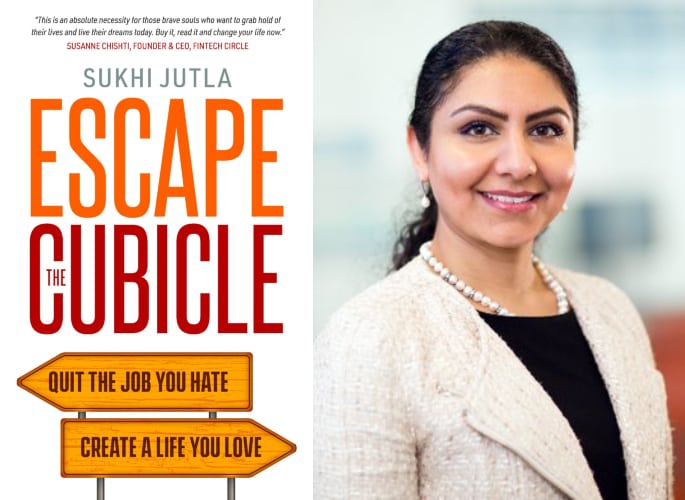 Sukhi Juttla dedicated ten years to the banking industry, then she left and became a best-selling author.

The author mainly talks about how she was dissatisfied with the corporate lifestyle and finally plucked up the courage to leave and pursue her dream.

Her book Escape The Cubicle: Quit The Job You Hate. Create a Life You Love, is a step-by-step guide that talks about achieving the life you want.

Jutla’s story is particularly interesting because it talks about how one bold step can change your life forever.

It’s also refreshing to see that Sukhi is keen to aspire other people with her story and help people achieve the life they dream of.

Her books have received a lot of critical acclaims, and she has also won a series of awards including:

On top of being a popular author, her latest venture is her online company called Market Orders.

This connects independent gold jewellery retailers to the manufactures so their customers can get the best products and prices. 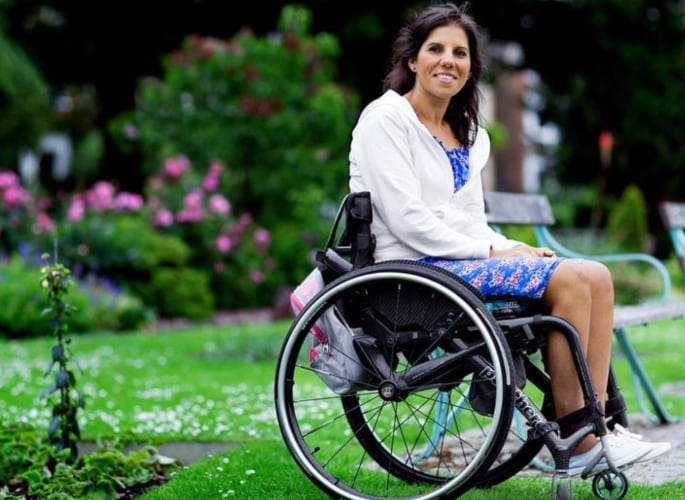 Yasmin Sheikh was a successful lawyer but one day she was suddenly struck with a disability.

She returned 18 months later in a wheelchair.

Her main goal in life is to draw more awareness to disabilities.

Yamin’s personal experience changed her life, she has refused to let it bring her down. It has motivated her to become the voice for change towards disabled people.

“I want to help organisations, and people with all sorts of disabilities to realise that being different can be a huge strength.”

“I want to speak on big stages and inspire people with a disability or challenge in life into doing something when they feel scared and into developing their story and writing the ending like I have.

Sheikh is particularly impressive because she has definitely made a business out of philanthropy, and she says:

“My purpose is to mainstream disability so that we’re not ‘the disabled’.” 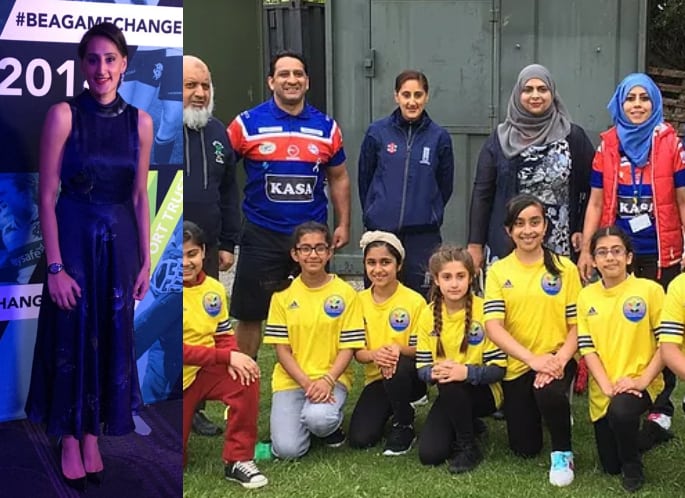 The charity works towards improving gender equality and tackling social issues such as domestic violence through sport.

Her philanthropist attitude focuses on providing equal opportunities for anyone who wants to partake in a sport or physical activity, regardless of their background.

However, her main focus is to ensure women and young girls are treated equally and Halima says she wants to try and use sport as a way of creating a gender-equal world.

To provide opportunities for anyone to take part in sport and physical activity, regardless of their background, with a key emphasis on women and girls. To use sport as a facilitator in creating a gender-equal world.

The goals of this organisation are:

Khan was also honoured with a ‘White Ribbon UK’ award from Bradford College. This was for her “Bowling Out Domestic Violence” campaign that involved the Armed Services.

Often in mainstream media, South Asain women are depicted to be docile and quiet.

However, this common stereotype is starting to change, as more and more successful women and their achievements are coming to light.

It’s always important to uplift and celebrate strong and independent women because they are paving the way for future generations of men and women to achieve their goals.

A key message to remember with all of these women is they all started from humble beginnings. Through their hard work and determination, they have flourished.