Marriage is one of the core pillars of the South Asian community. But, remarrying is a major stigma, especially for British Asian women.

For many families, carrying on the tradition of marriage in modern generations, especially with British Asian women is highly important.

In the South Asian community, marriage brings together two families. It is not just between two people.

One of the primary concerns that partners face when getting married is if their families will get along.

Thus, when marriages break apart, so do families.

It is no wonder that divorces are heavily stigmatised. Questions arise and mischievous ears are always feeding on gossip.

People begin assuming things and bashing your character despite not knowing the truth. It is a toxic trait within the culture, especially when considering British Asian women.

In a society where people thrive on gossip and have long-embedded views on marriage, it is difficult for women to remarry.

Remarriage is more of a concern for women as society is quick to shame them for getting divorced in the first place.

A lot of the time, no one cares about what led to the marriage falling apart. What matters is that it did, and this then translates to a distaste towards the individual and/or family.

So, it’s important at DESIblitz that we look at four stigmatised areas around British Asian women marrying again.

Inability to Compromise – Becoming too Modern 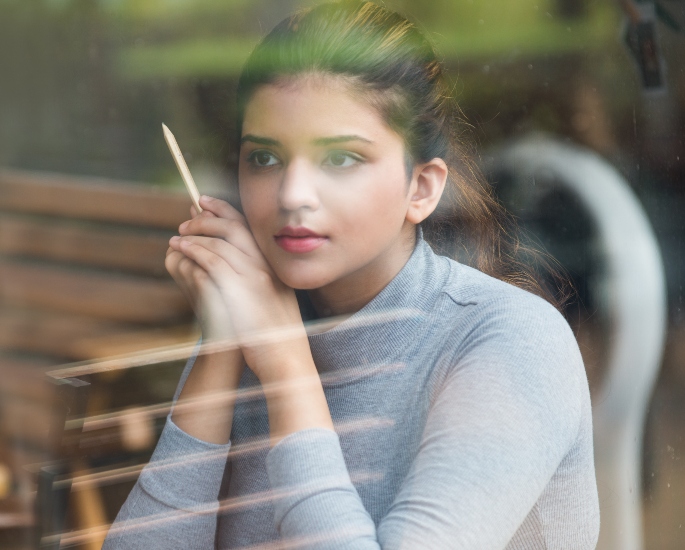 Some of those from the elder generation we spoke to raised an interesting concern.

They mentioned that women are becoming too restless and give up too soon on finding a partner. In essence, they don’t compromise as their ancestors did.

It makes one wonder if marriages in the past were only built on women sacrificing.

Isn’t it a good thing if some women are holding out for the perfect partner or are merely happy to not take the brunt of marriage as they would’ve had to before?

We spoke to Husnain Shah*, who has been married for 51 years. He says:

“Marriage is built on compromise. My wife and I went through a lot of things.

“If she started running away in the first instance, then we wouldn’t have been married for so many years. These days people have no patience.”

Patience and compromise are very important in a marriage. No two people think or behave the same. Tolerance and acceptance are what create a harmonious relationship.

The lack of tolerance is being spun as a modern phenomenon.

For a lot of people in the Desi community, if this type of behaviour is experienced, then the woman will be deemed as “too picky”. This of course has a patriarchal basis.

British Asian men are also showing signs of waiting longer for marriage but this isn’t as emphasised as it is with women.

Women, for many years, have sacrificed a lot in marriage and the modern generation is seeing through the rose-tinted glasses.

Adding to this is Faiza Hussain*, who has gone through two divorces and one successful marriage:

“Compromise is a two-way street. You both have to meet in the middle.”

“In my previous marriages, I was doing all the compromises. I was the only one holding on to the marriage and when I stopped, it ended.

“I come from a family of zero divorces. I’ve realised now that if your husband loves and respects you then he will meet you in the middle.

“It won’t always have to be you sacrificing and giving your all. Don’t settle.”

Faiza’s story is inspiring. A woman who did not settle despite the stigma surrounding divorces and remarriages.

Coming from a family where divorce is taboo, she withstood everything and got her happy ending. 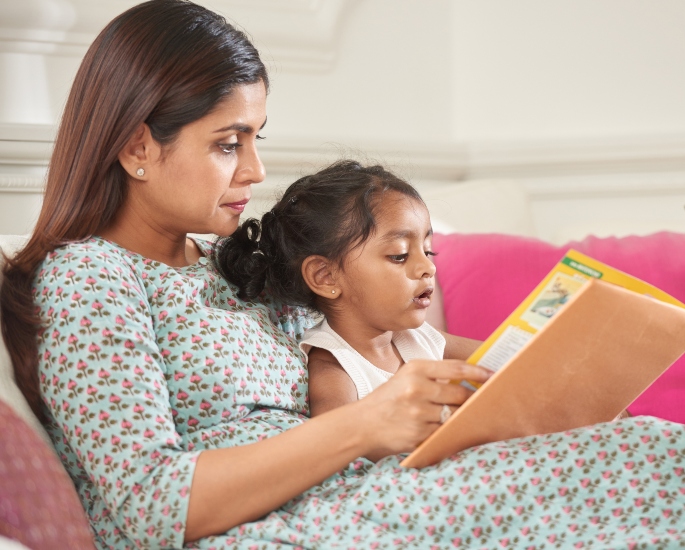 One of the barriers women face while remarrying is if they have children from a previous marriage.

While it is understandable that marriage could result in children, it is one the biggest barriers for women seeking to remarry.

Interestingly, many women find it difficult to remarry a divorced man with children as well.

This is not because of their dislike of the idea, but more so men find it difficult if both partners have children from other marriages.

For example, Sana Khan*, a divorced mother of two shares:

“I was lonely after my divorce. I wanted companionship and it’s so hard to find someone willing to accept me with my children.

“My mum told me to leave my kids so I can remarry. I can’t do that. We’re a set.

“I can’t let go of my children just because I long for companionship.”

A woman has many emotional and physical needs that only a companion can fulfil. However, being a woman and a mother all at once is difficult as Sana continues:

“The hypocrisy surrounding women’s remarriage is what baffles me.”

“My mother found a rishta for me a while back and he said he liked me but couldn’t accept a mother of two children. He said that while he is a father himself.”

Remarrying for Desi women is often a challenge. A lot of the time, they have to face narrow-minded people and tackle their personal longing for the ways of the world.

In contrast, mother of one, Habibah Iqbal*, shares her story of remarrying:

“It was a long struggle. I’d given up hope of remarrying because my experiences with people I met after my divorce were difficult.

“I did eventually meet my now husband through a mutual friend.

“He wasn’t a divorcee or a father before I met him. It was surprising that he was willing to accept the both of us after so many rejections.”

It is difficult for a lot of people, but the less stigmatised these situations become, the better it is for future generations.

However, because of the shame associated with divorces, especially if children are part of the equation, then fewer women feel open enough to marry again. 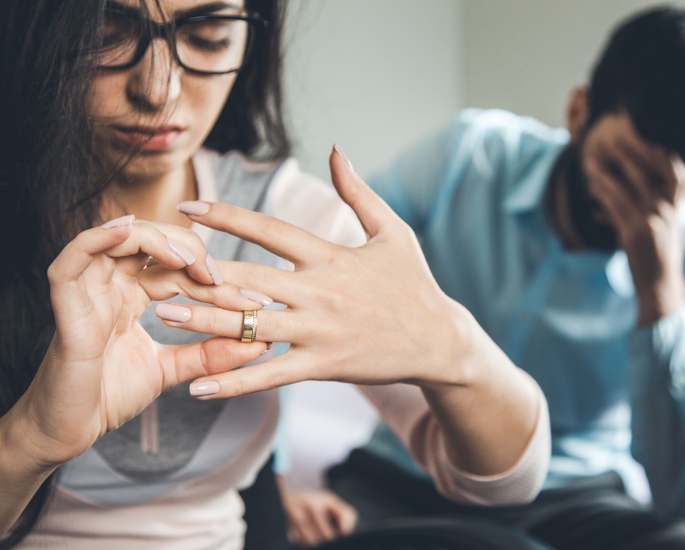 When a divorced woman seeks to remarry, many questions are asked and fingers are pointed.

Why did her first marriage not work? Did she not compromise? Is she infertile? What did she do?

Sadia Begum*, a mother of a divorced daughter explains:

“My heart breaks for my child. I was happy for her when she divorced. She was in a very unhealthy marriage. It wasn’t good for her mental health.

“I thought if she didn’t divorce, that man would take her sanity. I’d forgotten that people are just as horrible.

“My relatives know the story of her divorce, but they still whisper behind our backs like what they’re saying doesn’t reach us.

“Our family have gone around saying she’s infertile and spreading nonsense. People believe these things.

“My child is not infertile. But people only believe what they hear.”

Sadia is a mother who is struggling to get her daughter remarried. The taboo around divorced women makes things difficult enough.

Family backbiting and spreading lies is not helping her case. However, this is not something new.

People are easy to assume that there must have been a flaw in the woman for the marriage to fall apart.

Divorces are not spoken about enough in the Desi community, so when the word does get out, then automatically something has to be majorly wrong. 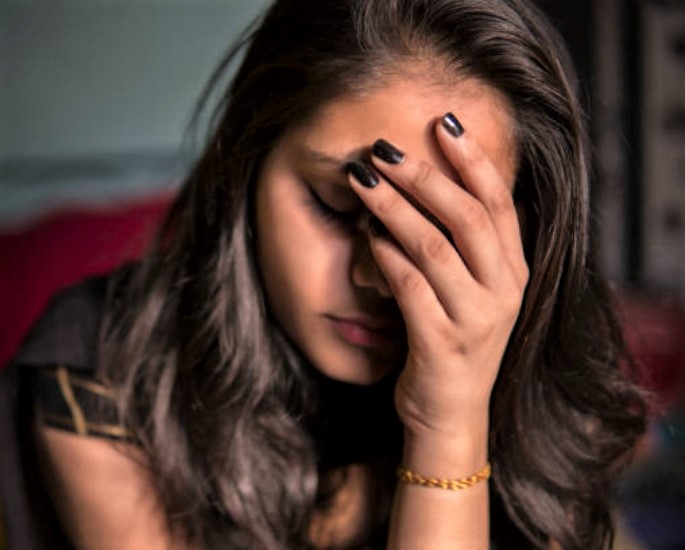 A sad reality of remarriage is that women are guided away from the best potential suitors because they’re past their prime.

As divorcees, they should accept whatever comes their way.

This boils down to a longstanding view in South Asian culture that getting married early is a great achievement and one that everyone should strive for.

If an individual waits for longer or gets divorced, then people assume that no other person will get married to them, especially women.

Therefore, families often get ‘desperate’ and force girls to accept a man who they wouldn’t really go for.

He could be older, have children from another relationship or even ones who don’t have the best reputation. It’s an extremely fragile topic, but one that happens.

British Asian female divorcees are told to compromise on their standards, the things they want from marriage and the behaviour they expect from their husbands.

We spoke to Sameena Begum*, who has been divorced twice:

“I have gotten divorced twice and both times I wasn’t in the wrong. First, it was infidelity and second, was physical abuse.”

You can only compromise on small matters that do not affect your mental and physical well-being. There isn’t and shouldn’t be a compromise on areas like this.

Marriage is sacred and infidelity and/or abuse is a betrayal that shouldn’t be tolerated. Although, it happens more than one may think.

The Office of National Statistics 2019 has shared that two women per week are killed by their partners in England and Wales.

Sameena goes on to say:

“I’m always told I didn’t have enough tolerance. Two divorces. One divorce people can let go but two is too much.

“It’s apparently my fault. The number of divorces I’ve gone through is a mark on my character.”

“I’ve been told I should have just dealt with it because these things happen and it’s already my second marriage.

“I’ve given up on marrying again. If I were to marry again, people would not let me live if it were to fail again.”

After two failed marriages, Sameena has given up.

The Desi community is relentless in its character assassination of British Asian women.

In a culture where divorce is taboo, any type of abuse would have been forcefully accepted in the past.

However, in the modern age, the number of women seeking a divorce for these types of harm is being highlighted and not for the positive.

Leaving a state of pain and anguish is seen as a weakness.

A woman who gets married more than once is not held in the same regard as those living a happily married life.

For some Desi people, the idea that many South Asians still treat divorce or a troubled marriage as taboo is baffling.

Why can’t a woman leave marriage to find another love or true happiness?

There is somehow a cultural outlook that failed marriages aren’t supposed to happen. But this is far from the case.

They are more prevalent within modern society than ever before. However, they are still frowned upon in South Asian communities.

Speaking about remarriage and divorce can be triggering, if you need help, please seek it. Some useful sites include:

How I Became a Female British Asian Escort
Coming Out as Transgender: Desi Parents Reaction