Sania Khan spoke about her divorce on TikTok before her murder and it has sparked discussion among divorced South Asian women.

“I could see myself in her."

The murder of Sania Khan has hit home for divorced South Asian women.

Despite pressure from her family, the Chicago-based photographer separated from her husband, whom she described as “toxic”

Sania was also active on TikTok, frequently speaking about her divorce.

From the pain of leaving a marriage she “shouldn’t have been in to begin with”, to the shame she felt at the hands of her South Asian community, to the process of starting her life over. Sania spoke openly, and thousands listened.

In one post, she wrote: “Women are always expected to stay silent.

“It’s what keeps us in messed up situations in the first place.”

In another, Sania said: “Going through a divorce as a South Asian Woman feels like you failed at life sometimes.

“The way the community labels you, the lack of emotional support you receive, and the pressure to stay with someone because ‘what will people say’ is isolating.

“It makes it harder for women to leave a marriage that they shouldn’t have been in to begin with.”

But on July 18, 2022, Raheel Ahmad travelled 11 hours from his home in Georgia to Sania’s Chicago home and shot his ex-wife dead.

Police turned up at the property for a welfare check.

When officers searched the apartment, they heard a gunshot and a man groaning. Ahmad had turned the gun on himself and later died in hospital.

Sania Khan’s killing has sent shockwaves across South Asian communities and other female divorcees can relate.

They say that they have faced the same stigmas when trying to leave abusive partners.

One US-Indian woman said: “I could see myself in her.

“For her to have not only left him, but being able to survive and be happy and do well, that was not something he could live with.”

The woman said her ex-husband had threatened to harm her and her children.

She added: “He wouldn’t have hesitated to kill me.” 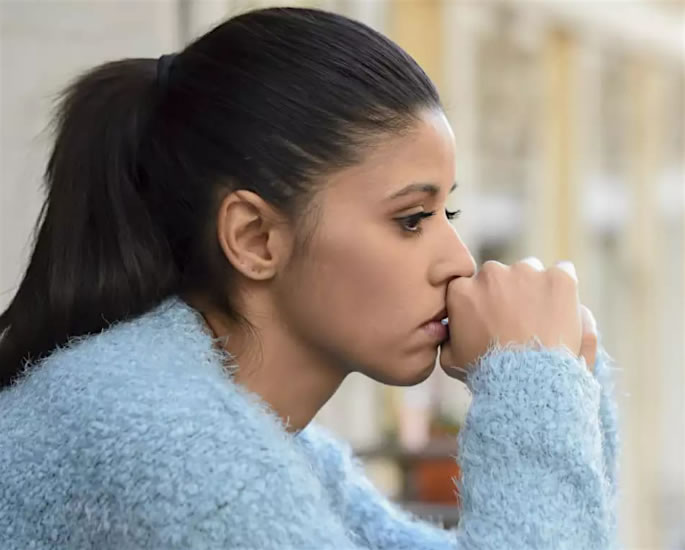 South Asian women who face pressure to get married were pressured to “just say yes” for their family’s sake.

“There’s this stigma in our community that puts pressure on women to sacrifice.

“To sacrifice their emotional and physical well-being for the good of others. And while we all want to be altruistic human beings, it’s an undue burden on women specifically.”

One woman recalled her own experience:

“The fact that a girl has the gumption to say no to a guy is completely unbelievable, especially in my family.

“Like how dare you say no to this guy.”

She ended up marrying the man, who she thought was a friend.

But after the wedding, her husband started verbally abusing her. When she tried to stand up for herself, it developed into physical abuse.

The woman turned to her family for guidance, but they turned a blind eye to the violence, prioritising for their daughter to stay married.

“I was really upset and I shared with [my mother] how he had hit me.

“She told me, ‘You’ve just gotten married, so don’t talk to me about this’. I didn’t know what to do.”

“My parents, who have been my emotional support all my life – my mom is telling me I need to stay in this marriage because she couldn’t bear the shame.”

Her friends and the community were also telling her to stay with her husband.

It was not until years later that she filed for divorce.

“Living in that traditional cultural setup for so long, I did not have one single person in my life who said it’s absolutely the right thing to do.

“Everyone around me told me that as a woman, I have to be the key person in keeping the family together… That I’m being selfish.”

Her parents only accepted her decision when they visited her house and witnessed how acute the abuse had gotten.

After her divorce, all her friendships ended.

“The culture around us makes the men so entitled.

“A woman’s role revolves around a man. It wasn’t just that man [Sania’s husband], it was her whole family.”

Gossiping in the Community 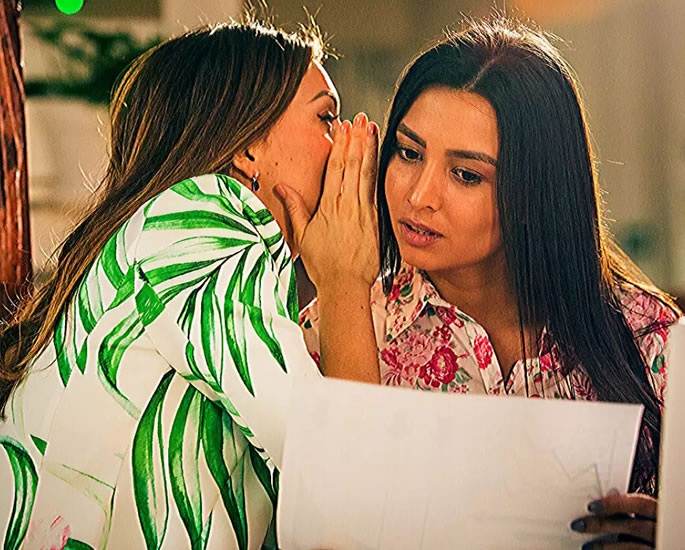 Rachna Khare has worked with lots of South Asian women but there is one question they always have.

“But one thread that ties every survivor that we have worked with together is this lingering thought of, ‘What will people say’.”

According to Rachna, reputation culture looms large and family members often participate in the abuse.

She said: “It can be extreme, where it comes down to, ‘If you get a divorce, you’re going to lose your whole family’.

“And then there’s things that are a little more subtle. Like, ‘Are you sure that’s what you want to do? Is there any other way?’”

One TikTok user wrote: “I broke off a two-year physically, mentally and emotionally abusive engagement.

“I have to hear ‘What will people say?’ every day. It’s always the girl who’s thought to be in the wrong.”

There are some family members who might support the divorce but treat it like a “stain on the family”, keeping it a secret and friends and relatives in a bid to keep their reputation up. 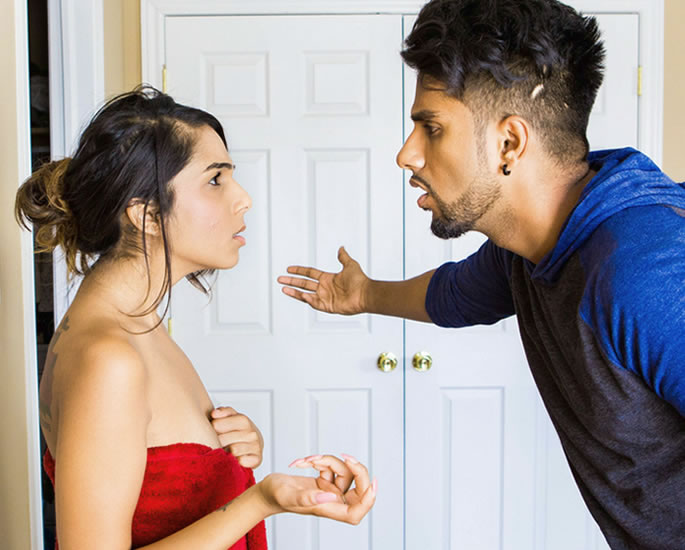 This starts from childhood when girls are asked to help in the kitchen and boys are allowed to be carefree.

In South Asian communities, there is work to be done in raising men who hold themselves accountable.

Neha said: “There shouldn’t be this inherent ‘boys are better’ thing.

“South Asians celebrate when they have a son. There are these underlying notions that persist.”

“It doesn’t matter whether people have come to the US.”

One woman who left her abusive husband after 25 years said:

“When we make those choices, we shouldn’t be made to feel like we’re doing something wrong, that we’re being selfish as if we’re damaging the family name.

“No one knows what goes on behind closed doors. And no woman should be made to feel shame for making that decision.

“Divorce has such a stigma in our community. It’s still seen as something that shouldn’t happen.”

Divorce within South Asian communities has always been taboo, with many women urged to remain in unhappy marriages or face being ostracised.

But the death of Sania Khan has brought the subject to the fore and highlighted the fact that something needs to be done so that South Asian women in unhappy marriages can divorce without fear of criticism.

Dhiren is a journalism graduate with a passion for gaming, watching films and sports. He also enjoys cooking from time to time. His motto is to “Live life one day at a time.”
Man builds own Plane for Family Holidays to Europe
Roshni Nadar Malhotra remains India’s Richest Woman