India’s nationwide lockdown has resulted in many things coming to a sudden halt, however, weddings still continue to go ahead.

Weddings still continue to take place in India despite the nationwide lockdown.

While some marriages have taken safety precautions, others take place as if everything was normal.

One marriage took place in the village of Mamidi, Yamunanagar, Haryana. The marriage was initially going to be postponed due to there being two positive cases in the village.

However, the bride and groom’s relatives urged the district administration to let the marriage go ahead with a few guests.

The wedding happened in front of police officers and the entire ceremony was completed in just two hours. 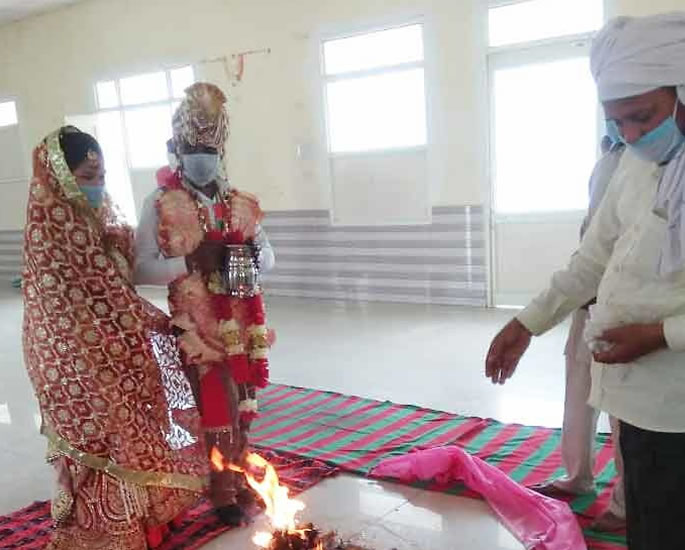 During the wedding ceremony, the bride and groom wore face masks.

After the marriage, the masks were thrown away and Monica returned to her home so that she did not breach the lockdown guidelines.

Another wedding happened in Jalandhar, Punjab, and it ended in a unique way.

The groom arrived at the bride’s house without a procession and the marriage took place.

After the ceremony was complete, the groom took the bride home on his motorbike. 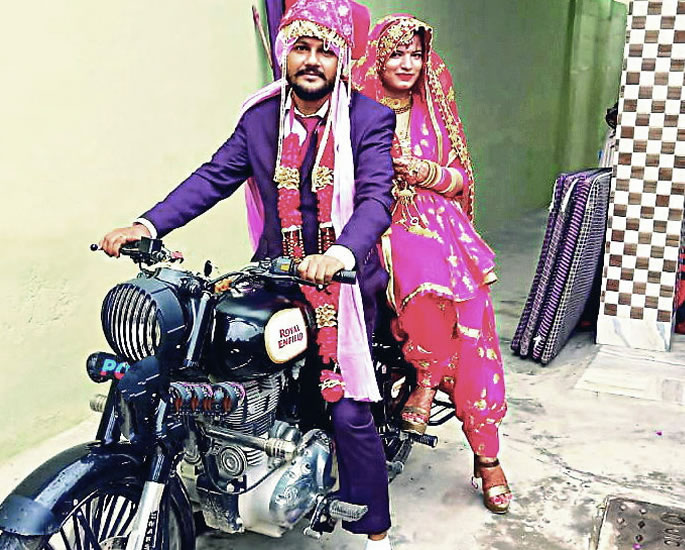 Nikhil Kumaraswamy is the son of former Karnataka Chief Minister HD Kumaraswamy. He married Revathi, a relative of the former Congress Minister for Housing, M Krishnappa.

It was reported that no safety precautions were taken as more than 100 people attended the wedding in Ramanagara, Karnataka.

Kumaraswamy had shifted the wedding venue to the farmhouse due to the lockdown imposed as a result of the COVID-19 pandemic.

He had vowed to follow all the rules to prevent the spread of the virus and drastically reduced the number of guests. 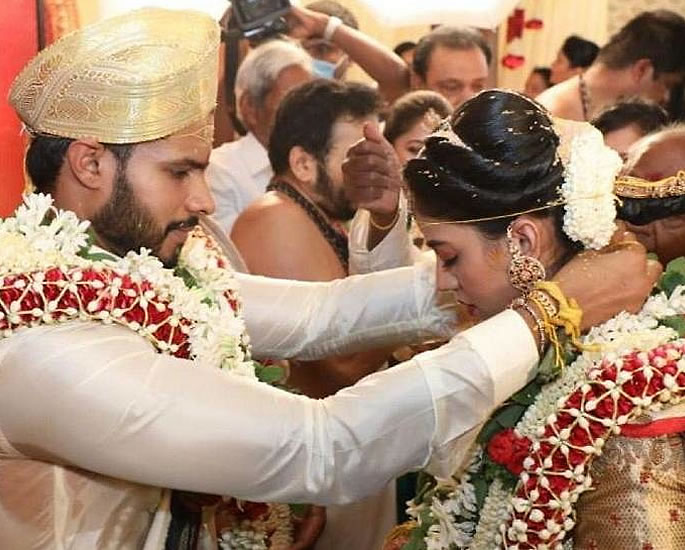 Karnataka’s Deputy Chief Minister Ashwath Narayan had said on Thursday that action will be taken against Kumaraswamy “without a second thought” if guidelines are not followed during his son Nikhil’s wedding.

He had said: “Kumaraswamy has made a public statement that guidelines will be followed. He is a people representative. He’s in public life for a long time. He should abide by guidelines.

“Since he’s in a responsible position for a long time, he was Chief Minister of Karnataka, he’s also an MLA from Ramnagar, so guidelines must be followed in his son’s marriage as per the rules amid COVID-19 scare.

“After the marriage, there must not be any excuses, he can’t say that people came without invitation.”

It was reported that the wedding was set to be a huge event with thousands of people in attendance, however, the lockdown prevented that from happening.

The former chief minister later said that when lockdown has been lifted and things return to normal, they will hold a public event so that well-wishers could bless the married couple.

Dhiren is a journalism graduate with a passion for gaming, watching films and sports. He also enjoys cooking from time to time. His motto is to “Live life one day at a time.”
Sex Workers in Pakistan facing a Difficult Choice
Man Jailed for Brutally Beating Policewoman in Street