The House of iKons 2022 show unveiled exquisite designs from a plethora of creatives. DESIblitz brings you the details.

"We will continue to create a storm."

The iconic fashion show House of iKons returned once again as the innovative voice of creatives.

The extraordinary creatives behind House of iKons worked their magic once more, showcasing their fabulous designs whilst highlighting art and diversity.

During London Fashion Week, House of iKons attracts over 1,000 people per day in attendance including high net-worth guests.

The show also takes pride in offering opportunities to creatives from various backgrounds.

In addition, diversity is at the forefront of House of iKons, and like their previous shows, the event featured models from a range of backgrounds, sizes, heights and ages.

The designers involved in the show hailed from diverse backgrounds, many of whom have worked for high-profile celebrities such as Jennifer Lopez, Katy Perry and Beyoncé.

The headline sponsors for the event included The Fashion Life Tour and Girl Meets Brush.

Before the House of iKons fashion show commenced, guests were invited to browse the exhibition area.

The exhibition hosted a variety of vendors and designers.

From makeup products and jewellery to educational workshops and facial aesthetic treatments, guests were spoilt for choice with a variety of areas to peruse.

As a proud media partner, DESIblitz presented the prestigious House of iKons event and the designers who showcased their creations. 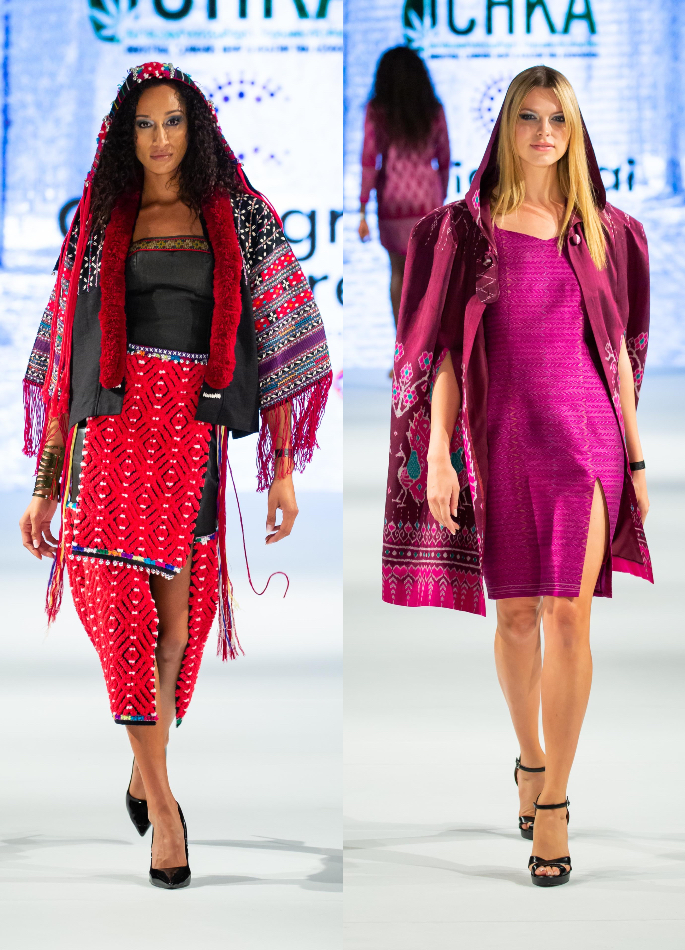 The grand opening of this season’s show was led by ICHKA, a brand supported by the Thai Royal Family.

Queen Sirikit of Thailand has been a strong advocator of women’s fashion and has championed the cultivation of Thai silk throughout her reign.

The link between ICHKA and Queen Sirikit is that she is a strong advocate of integrating hemp, alongside Thai Silk, into cultural products including garments.

This has enabled brands such as Tirawat’s of ICHKA to exist for the betterment of Thai people and the economy. 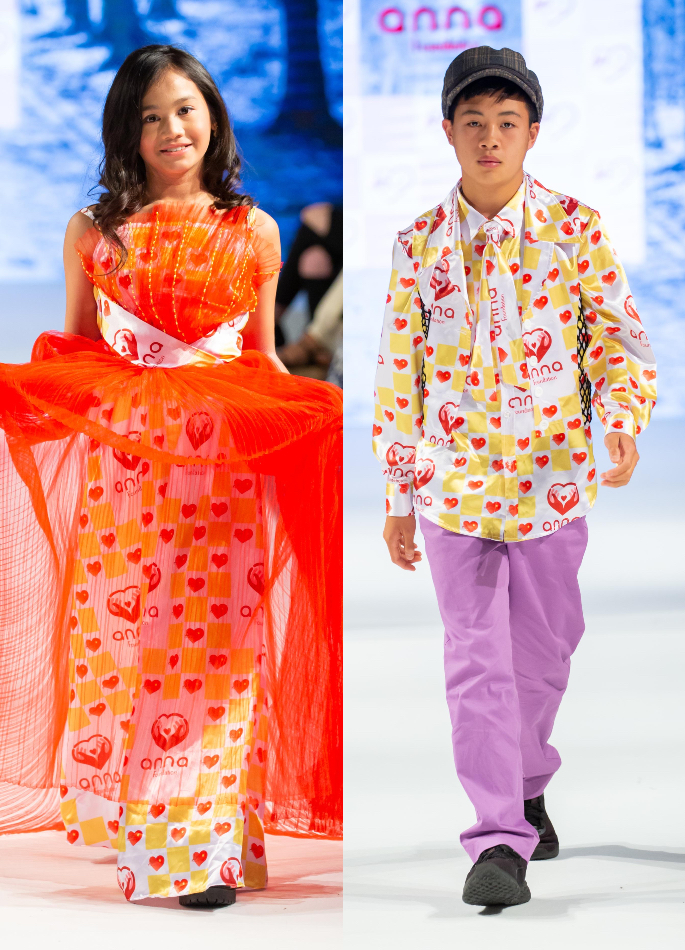 Love Collection returned to House of iKons to showcase its incredible pre-teen wear line. Love Collection is helmed by a teenage duo of designers, Emily Nguyen and Anna Hoang from London.

Love Collection was inspired by the girls’ affection and admiration for both countries, joining British culture with Vietnamese distinction.

Their mission is to change the world with their designs and make the world a better place. 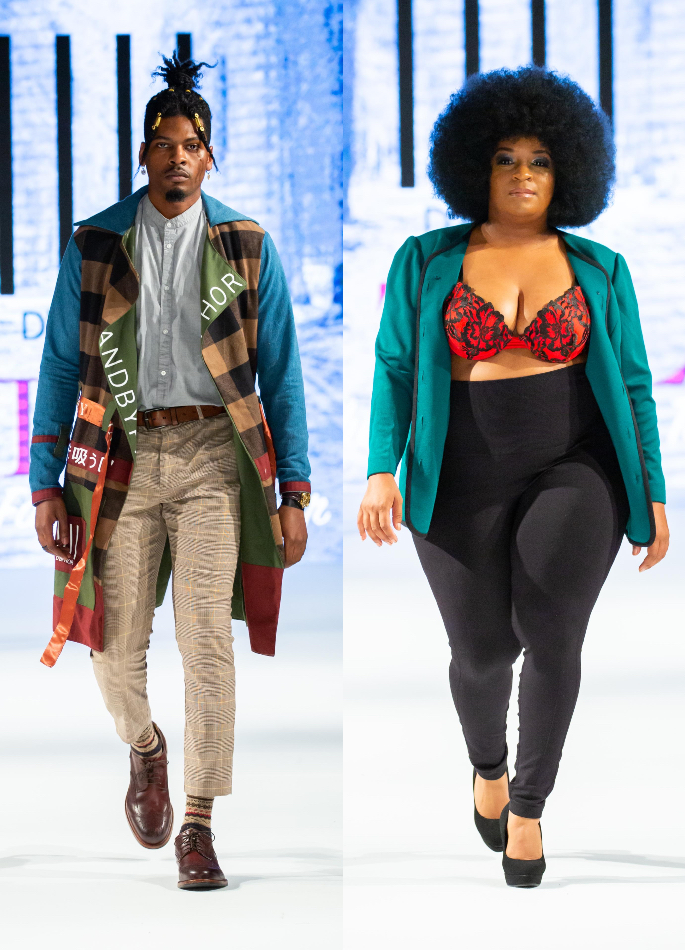 The New England-based fashion designer Phor Popes showcased his modern designs at the House of iKons.

Phor Popes, who is behind the iconic brand D’BPHOR, presented his eclectic and unique garments to the audience.

In an interview with The LA Connected, Phor Popes revealed where he gets his fashion inspiration from.

The designer said: “A lot of my inspiration comes from my emotions, I also get inspired a lot by Japanese culture. They are so ahead of the game when it comes to fashion in my opinion.” 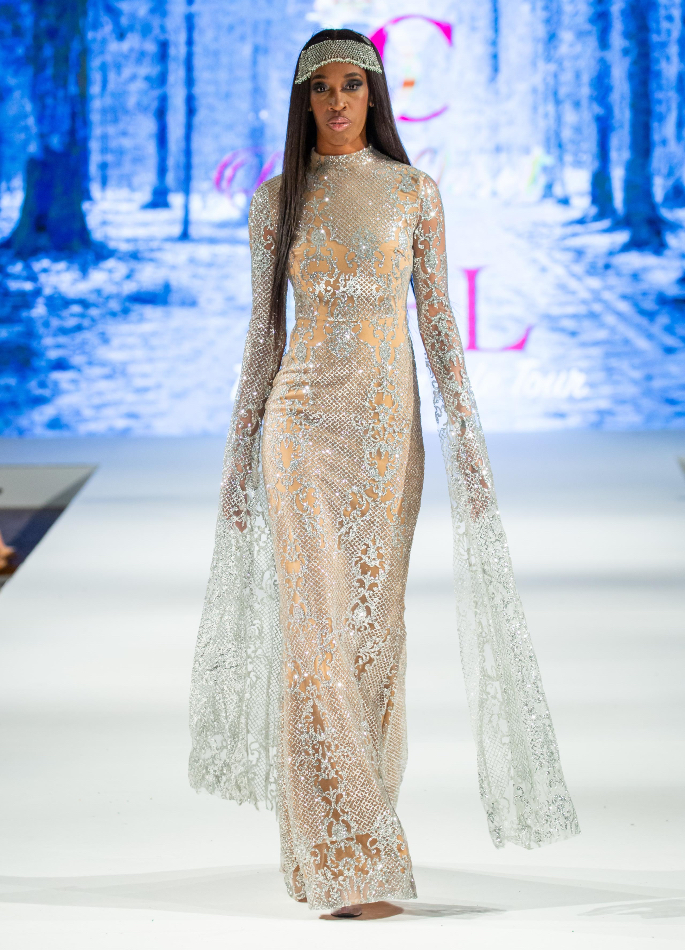 Above all else, the House of iKons is a leading force in promoting diversity and inclusion in the fashion sphere.

The show featured multinational designers from a range of ethnic backgrounds. One of those designers included Drisha’s Closet, a brand that focuses on luxury clothing which is custom-made for runway shows.

Drisha’s Closet is a brand for lovers of extravagance, OTT styles, embellishments and all things glitter.

The brand, which promotes inclusivity with its use of models from diverse backgrounds, has showcased its designs at various other shows including Los Angeles Fashion Week. 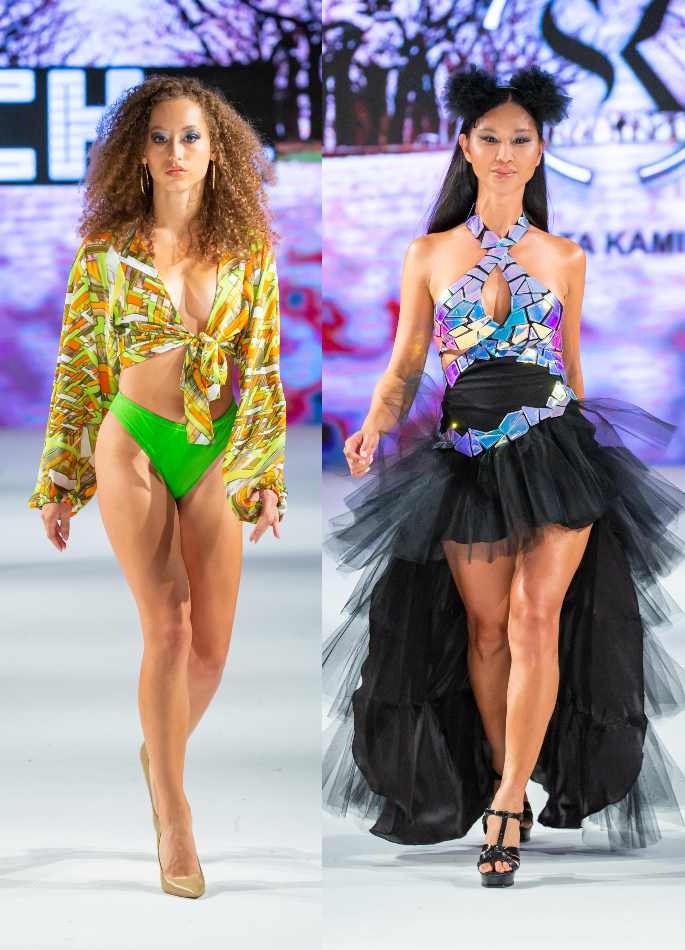 Drisha’s Closet was followed by Grindei Denisa, the founder of her self-named fashion brand.

The Romanian designer focuses on extravagance with an emphasis on ruffles, tulle and asymmetrical cuts. This is especially highlighted in the brand’s SENECIO collection.

Adriana Ostrowska of Ostrowska Couture showcased her creations including high-end couture and luxury accessories during the House of iKons show.

The award-winning designer, who is based in Poland, specialises in lavish dresses including wedding gowns and children’s occasion wear.

Other diverse designers who wowed the House of iKons audience with their designs included Viviene Tsai, BC Munich, Chantwa, Sonata Kaminske, Black Sugar and Jhay Layson. 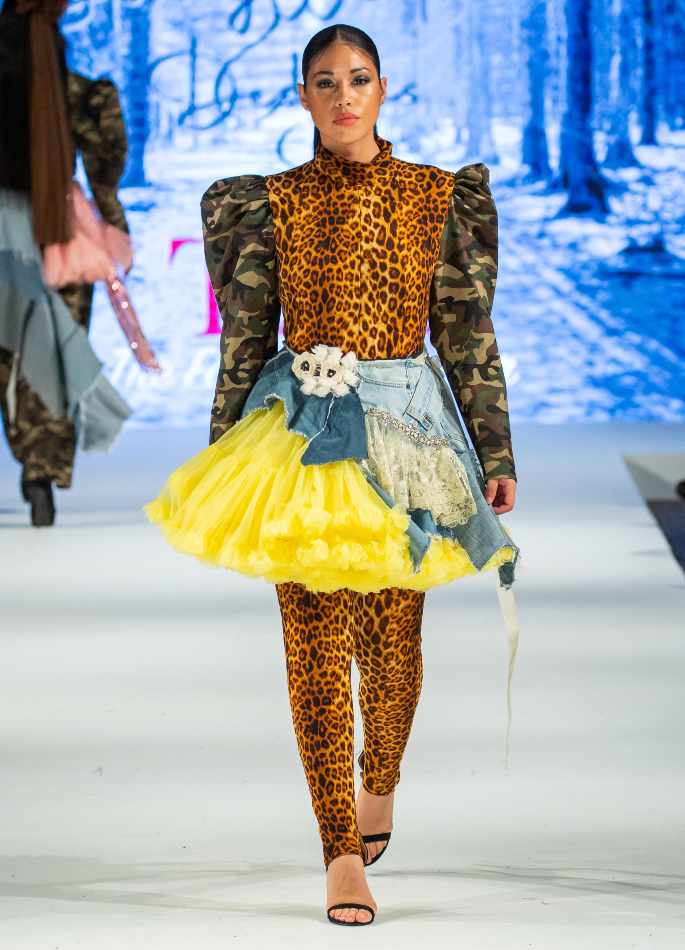 Stormy Weather kicked off the grand finale of the first segment of the House of iKons show.

Headed by Stormy Weather Banks, the brand has dressed influential figures such as Obba Babatunde and Mary J. Blige.

With noteworthy successes such as designing wedding dresses and making soft dolls as a child, the California-based designer’s most profound joy comes from working with the youth of today. 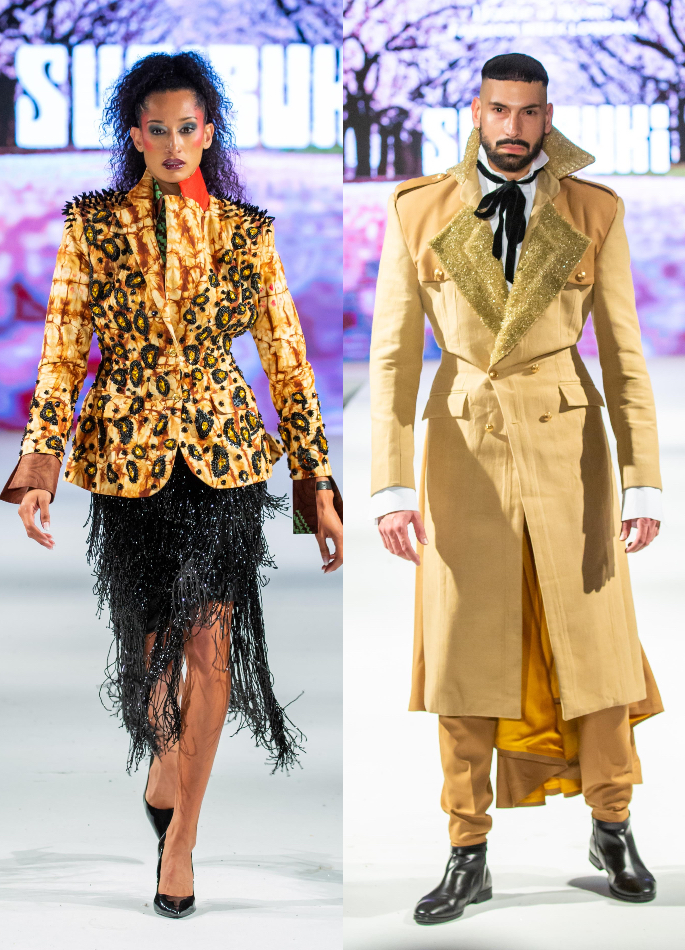 Recognised for their seamless tailoring and embellishments, Suzi Buki entertained the House of iKons audience with their creative designs.

The House of iKons show, which was an ingenious collaboration with Liberte International, also featured NFTs which attracted a larger audience on a global scale.

House of iKons paid tribute to Queen Elizabeth II before the show started.

All guests were kindly asked to stand during the national anthem and thanked Her Majesty for her 70 years of service.

All staff, musical performers and the host wore black. Models and designers wore black wristbands in honour and respect to the Late Monarch.

Savita Kaye aims to continue her renowned venture of bringing the world of fashion together for years to come. She said:

“We are still a small drop in this big ocean but we will continue to create a storm and bring beauty and creativity to whoever you are, wherever you are from around the world.”

With musical performances from Xaver Schull, Young Athena and PHE PHE, and a plethora of designs from talented creators, the House of iKons 2022 show was one to remember.